Herndon Square groundbreaking: Pledges that it’s a new day for housing in Atlanta

City leaders heralded Tuesday’s official ground-breaking of Herndon Square on Northside Drive as the start of a new day for Atlanta Housing and affordable housing developments.

But not everyone at the ceremony was convinced.

Joe Beasley, a community activist who is an official at Antioch Baptist Church, interrupted the official speeches by asking questions from the front row about details of the development and how affordable would the project be. 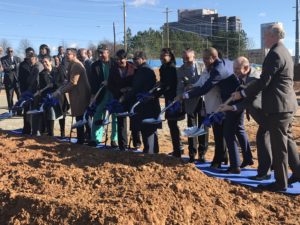 Also, several former residents of Herndon Homes, the now-demolished public housing project on the site, complained that they had not been invited to the ground-breaking. It was apparent that there continues to be mistrust in the community about whether it really is a new day for Atlanta Housing and the city.

Rev. Kenneth Alexander, pastor of Antioch Baptist Church across Northside Drive from the site, set the tone when gave the invocation during the cold and breezy event.

“We pray the promise made to the community will be kept,” Alexander said.

The ground-breaking was for Phase 1 of the 12-acre site – a 100 percent affordable 97-unit midrise for senior residents earning less than 60 percent of the area median income. The $24 million facility is supposed to be completed in 2021.

When the project is completely developed, it will have a total of 681 rental units and 32 for-sale townhomes. About 45 percent of the rental units are slated to be affordable. The $166 million project also will have about 36,500 square feet of retail, greenspace as well as health and wellness facilities. It is supposed to be completed by 2026.

During his official remarks, the new CEO of Atlanta Housing – Eugene Jones – said he had been given a mandate by authority Chairman Dr. Christopher Edwards. “He just wanted to be sure we had ground-breakings and ribbon-cuttings here at Atlanta Housing,” said Jones, who has been in Atlanta since early October. 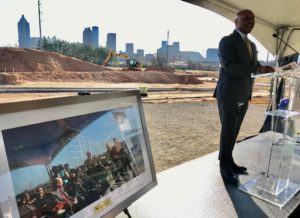 “This is a great day. This is just a fantastic day,” he said. “The mission is to help people and put shovels in the ground.”

Eloisa Klementich, president and CEO of Invest Atlanta, said her agency will continue to look for opportunities to add more affordable housing throughout the city – partly by partnering with Atlanta Housing.

For the past decade, there has been little development activity on land owned by the housing authority.

Atlanta Mayor Keisha Lance Bottoms, who has made the development of affordable housing a top priority of her administration, has said unleashing the power of Atlanta Housing will be key to meeting the city’s $1 billion goal to create thousands of new housing units.

After the ground-breaking, Bottoms said Atlanta is unusual because “we still have vacant land in the city that many other cities don’t have.”

In her discussions with Jones, Bottoms said she only has two years left in her first term. “How much can get done?” she asked Jones. He assured her that Atlanta Housing could get a great deal done in that time frame. 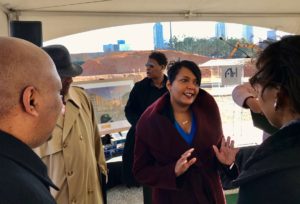 “This is a really good sign,” Bottoms said. “This is a cornerstone for redevelopment in this community.”

The last resident of Herndon Homes moved out in 2009. In all, there were more than 500 units on the site. Displaced residents were told they would have the opportunity to return once the land was redeveloped. One former resident went up to Mayor Bottoms after the groundbreaking and told her: “I want to come back.”

Meanwhile, Atlanta Housing’s Jones made it clear he wants to set a new approach for the agency.

“There’s a lot of work ahead,” said Jones, who added he has a great staff and board. “It’s an honor to put a development like Herndon Square in motion. We have nothing to hide. We want to make sure we are a partner and not an adversary.” 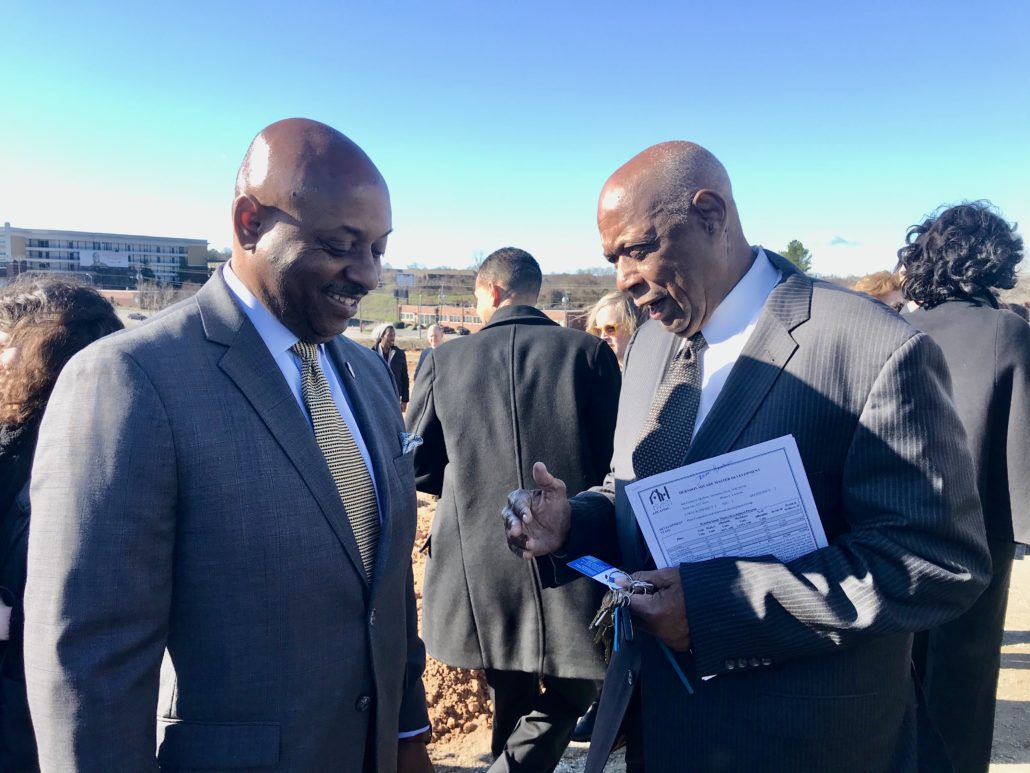 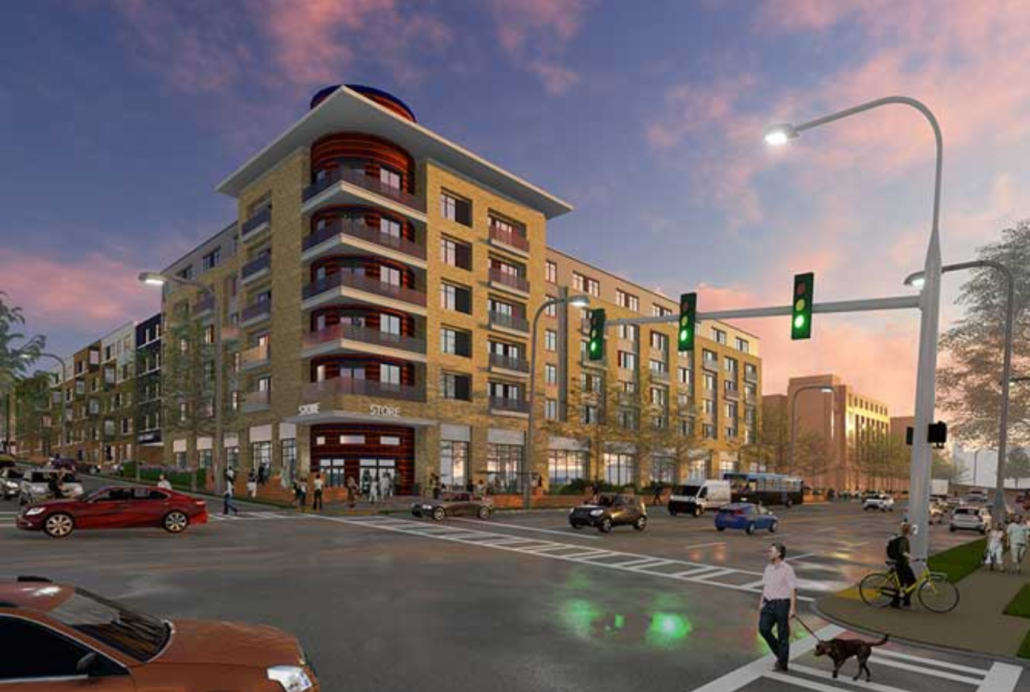 Previous Article
In the state and the nation, an unsettling passage from one year to another
Next Article
Atlanta’s audits in 2020: Northside Drive Pedestrian Bridge to start year’s reports