Now that the runoff election dust has settled and Senator Raphael Warnock is returning to Washington, it’s clear that Herschel Walker’s inability to focus on the kitchen table issues cost the Republican support among our state’s most powerful constituency – older voters. 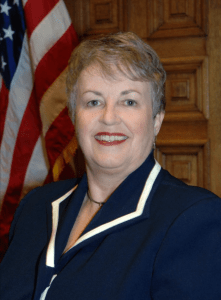 Senator Nan Orrock was first elected by Atlanta voters to the state Senate in 2006, after serving 10 terms in the state House of Representatives. She represents District 36.

I belong to that constituency. In my years as both a candidate and a voter, I’ve seen a lot of close elections. And while the December sixth runoff was a nail-biter, Warnock’s victory should come as no surprise. Polling released just before Thanksgiving showed him with a four-point lead. It also showed that 63 percent of Georgians were worried about their personal finances, an issue especially relevant to older voters on fixed incomes, many of whom have seen rising prices chip away at their savings. Oblivious to the impact of out-of-control housing costs, sky-high prescription drug prices, and attacks on essential programs like Social Security and Medicare on Georgia seniors, Walker never made them a priority in his campaign.

In their only debate, Walker touted his opposition to the Inflation Reduction Act, which included provisions to drive down prescription drug prices. When asked how Georgians should deal with record-high medication costs, Walker suggested that Georgians worried about the cost of insulin should just “eat right.” And, instead of pledging to protect essential programs older Georgians rely on like Social Security, Walker campaigned with Florida Senator Rick Scott, the architect of a policy platform that included cuts to basic healthcare and retirement benefits.

Walker did nothing to sell himself as a candidate who took the concerns of older voters seriously. His platform simply didn’t appeal to Georgians dealing with record-high inflation or older voters living on a fixed income, including the more than one million Georgians who rely on Social Security to make ends meet.

Older Georgians like me want a Senator who will protect the benefits we’ve earned. Senator Warnock made a compelling case that he would do that. Walker didn’t even try.