The High Museun of Atlanta announced today that Atlanta-based patrons Dan Boone and his late wife Merri Boone to support and expand the museum’s folk and self-taught art initiatives.

The gift also includes the endowment of a permanent, full-time curatorial position to lead the deparment. The establishment of the Merrie and Dan Boone Curator of Folk and Self-Taught Art enables the continued growth of the Museum’s exhibition program, conservation efforts and its collection in this field, which is recognized as one of the most significant public repositories of contemporary American folk and self-taught art in the world.

With this gift, all seven collecting departments at the High Musem of Art have a full-time endowed curatorial position, according to a release issued today by the museum. 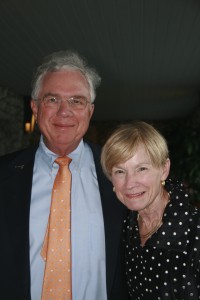 “Since starting our Folk Art Department in 1994, the High has worked to raise awareness and appreciation of folk and self-taught artists locally and nationally, building one of the preeminent folk art collections in the U.S.,” said Michael E. Shapiro, Nancy and Holcombe T. Green, Jr. director of the High. “This generous gift from the Boone Family further establishes the High as a leader in the field, allowing the Museum to build on its dedication to advancing new scholarship and fostering appreciation of this uniquely American genre. We are tremendously grateful for the Boone Family’s support, and we look forward to expanding on this foundational gift to grow the endowment over the next few years.”

The High is currently conducting a national search to fill the position of the Merrie and Dan Boone Curator of Folk and Self-Taught Art, which will oversee the study, exhibition and care of folk and self-taught artworks in the Museum’s collection, as well as spearhead the development of special exhibitions and programming.

The curatorial chair is also responsible for enriching the Museum’s collection with significant acquisitions that deepen the High’s holdings by Southern folk and self-taught artists. 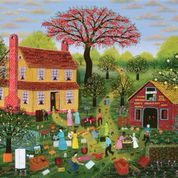 “Merrie and I shared a passion for Southern self-taught art,” said Boone. “We also shared a vision: for the High to develop the world’s preeminent collection of self-taught and folk art. A talented curator will help the High build on its valuable collection, create ties to Southern artists and collectors, and attract visitors with creative exhibits and programming.”

As longtime supporters of the High and collectors of folk and self-taught art, the Boones supported various folk art exhibitions over the past 30 years, as well as contributed as members of the High’s Director’s Circle. Dan Boone is a current member of the High’s Board of Directors and formerly served as a managing partner of Atlanta Capital Management Co. 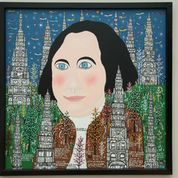 The High is dedicated to supporting and collecting works by Southern artists and is distinguished as the first general museum in North America to have a full-time curator devoted to folk and self-taught art. The nucleus of the folk art collection is the T. Marshall Hahn Collection, donated in 1996, and Judith Alexander’s gift of 130 works by Atlanta artist Nellie Mae Rowe.

The collection of almost 800 objects also boasts superb examples by celebrated artists from beyond the South, such as Henry Darger, Martin Ramírez and Joseph Yoakum.

Since establishing the department in the early 1990s, the High has also presented more than 30 special exhibitions, including “The Quilts of Gee’s Bend” (2006), “The Treasure of Ulysses Davis” (2008-2009), “Hard Truths: The Art of Thornton Dial” (2012-2013) and the traveling exhibition “Bill Traylor: Drawings from the Collections of the High Museum of Art and the Montgomery Museum of Fine Arts” (2012-2013).

Previous Article
Should ARC ban developers from its board? Tax groups press the question
Next Article
Bats, snakes at growing risk of disease; public invited to join in annual ‘bat blitz’ in Rabun County