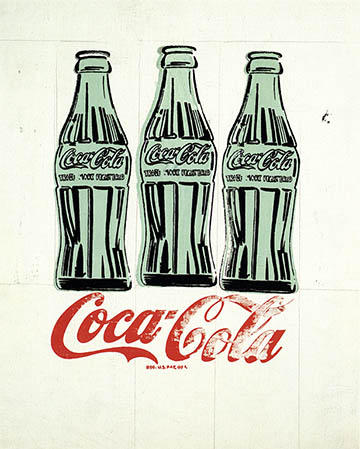 It’s become one of the most iconic designs of our time – the Coca-Cola bottle.

And in honor of its 100th anniversary, the High Museum of Atlanta will be opening an exhibit: “The Coca-Cola Bottle: An American Icon at 100” on Feb. 28. The exhibit will feature more than 100 objects, including more than a dozen works of art by Andy Warhol and more than 40 photographs inspired by or featuring the bottle.

The works of art will be shown alongside original design illusrations, historical artifacts and early examples of the bottle. 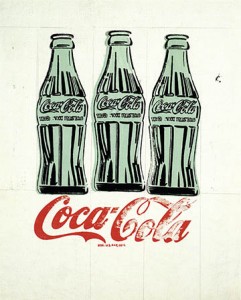 The exhibit, organized by the High in collaboration with the Coca-Cola Co, will be on display through Oct. 4. It will be presented in two floors of the museum’s Anne Cox Chambers wing. The first floor lobby will feature more than 500 contemporary 3-D printed bottles suspended from the ceiling in the shape of the famous Coca-Cola icon.

The Coca-Cola bottle has become one of the world’s most recognized icons since its inception in 1915.

“The High is honored to present this exhibition celebrating an iconic American design that has influenced artists from the 20th century to the present day,” said Michael E. Shapiro, who is the Nancy and Holcombe T. Green, Jr. director of the High. “The story of the Coca-Cola bottle’s creation and its impact on the cultural fabric of the world began right here in Atlanta, so it is fitting to share this story in the Southeast’s leading art museum.”

Originally designed by the Root Glass Co. in Terre-Haute, Ind., the bottle offered a distinct package for an already ubiquitous product launched in 1886. The design was the result of a competition that challenged bottle manufacturers to develop a container recognizable even if broken on the ground or touched in the dark. The winning design’s subtle curves and green-tinted glass ultimately had an outstanding impact on 20th-century visual art and culture.

Previous Article
Park Pride grants $800,000 to improve 15 parks in Atlanta and DeKalb
Next Article
Reed: Atlanta is the dominant economy in the Southeast