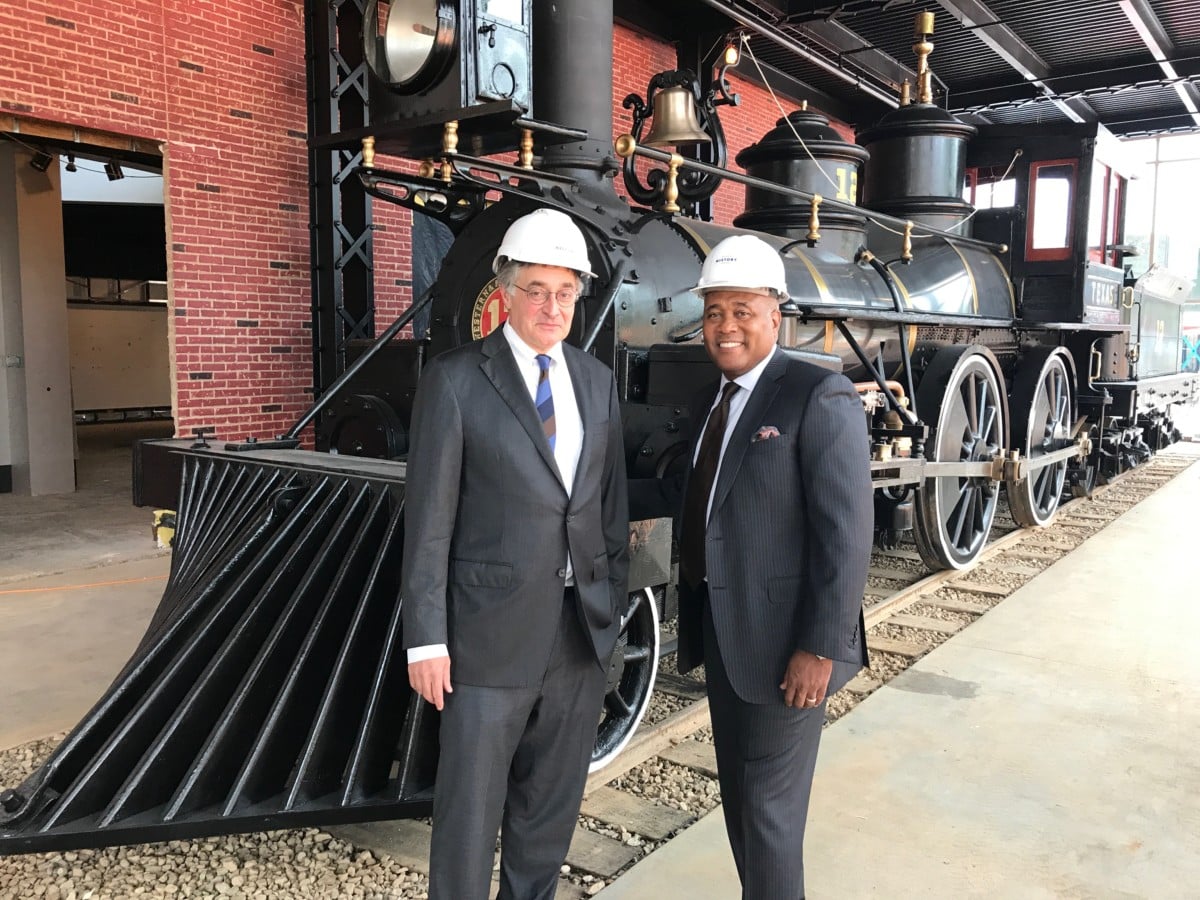 History is being remade at the Atlanta History Center.

The Battle of Atlanta Cyclorama painting and the locomotive Texas now are anchored in the new Lloyd and Mary Ann Whitaker building — still under construction — on the Atlanta History Center’s Buckhead campus. 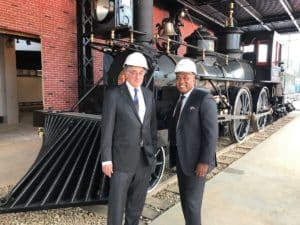 The move caps the extraordinary five-year tenure Sheffield Hale has held as president and CEO of the Atlanta History Center.

Under his leadership, the Atlanta History Center has raised a total of $62.8 million for improvements on its campus. It also now has a record endowment of $77.2 million.

On an exclusive June 19 tour of the new building — which is scheduled to open in the fall of 2018 — Hale and Atlanta History Center Board Chairman Ernest Greer provided a sneak preview of the Texas locomotive and the Cyclorama painting in their new home.

And they are turning Atlanta’s history on its head.

The locomotive, which spent 16 months being restored at the North Carolina Transportation Museum, will be the centerpiece of an exhibit about the beginning of Atlanta’s origins — its formation as a terminus of three railroad lines.

Hale visited the locomotive in North Carolina in the middle of it being restored.

“It was all in pieces. They took it all apart,” said Hale, remembering asking restorers where it was. Answer: “It’s right in front of you — on the floor.“ 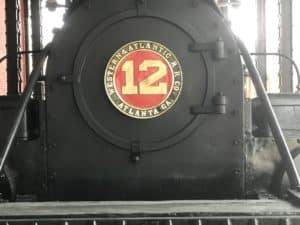 Visitors then will enter the Cyclorama exhibit, which will be displayed in its original entirety. (The painting was cut down to fit in its former home at Grant Park.) It portrays the Battle of Atlanta, fought in east Atlanta 153 years ago on July 22, 1864.

“It’s important how we view history and how it changes over time,” said Hale, adding the Cyclorama is a perfect example of how one historic object was reinterpreted over the span of more than a century.

The restored Cyclorama, one of only three left in the United States, was the IMAX of its day — creating a three-dimensional effect as a painting in the round, Hale said. When the new Whitaker building opens, the public will be able to experience it as originally intended, accompanied with a narrated show to explain what’s going on in the painting. 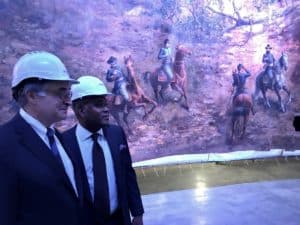 Greer, a key national leader for the Greenberg Traurig law firm, said the center is about making history relevant to today.

That is part of the transformation that’s been underway since Hale became CEO in March 2012. As a former board chair and board member, Hale was co-chairing the center’s $21.1 million capital campaign, of which $10.8 million had been raised.

While they were in the middle of completing that campaign, Lloyd and Mary Ann Whitaker announced a $10 million gift to serve as an endowment to maintain the Cyclorama painting if the history center could have it moved from Grant Park and housed in a new building.

That set off a domino effect that led to multimillion dollars of investments in two of Atlanta’s most significant cultural institutions: the history center and Zoo Atlanta.

With the move of the Cyclorama painting, Zoo Atlanta is now being expanded, with the Grant Park Cyclorama building being transformed into administrative offices and a major event space overlooking the zoo’s African Safari. 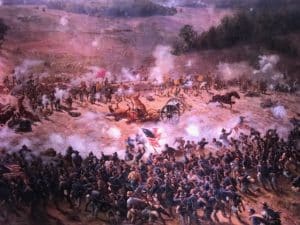 For the Atlanta History Center, it also meant having to not only complete its current campaign, but raise another $24.8 million to build a new home for the Cyclorama and the Texas.

In all, the Atlanta History Center under Hale’s leadership has been able to raise a total of $62.8 million to improve its campus. And the center’s total endowment has grown from $56.4 million when Hale started five years ago to $77.2 million today.

“From a board’s perspective, Sheffield really drove this,” Greer said. “He was a fantastic agitator. He really made sure the philanthropic community, the city and the board understood the importance of this artifact.”

Greer also was instrumental in working with Mayor Kasim Reed and the City of Atlanta so the history center could secure a 75-year license agreement to take responsibility for The Battle of Atlanta Cyclorama painting and Texas locomotive.

But Hale remembered the mayor’s condition that Zoo Atlanta and Grant Park would benefit by the move: “You can’t have something going out without something coming back in,” the mayor told Hale. “The mayor understood the politics and how the community would respond.”

Still, there’s always been an impression that the Atlanta History Center is rooted in Buckhead and serves a constituency primarily of older, wealthier and white Atlantans and tourists. 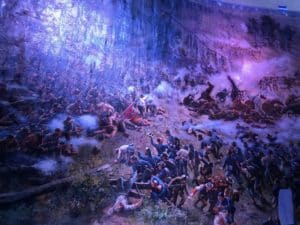 Another view of Cyclorama painting (Photo by Maria Saporta)

“It’s always bothered me,” Greer said. “Let’s face it, the Atlanta History Center is on the same street as the Governor’s Mansion. Not a lot of African-Americans and people of color drive up and down West Paces Ferry Road.”

Even Greer said that when he passes the Governor’s Mansion on the way to the history center, he looks in his rearview mirror to make sure he isn’t being followed by the State Patrol.

But Hale and Greer also are trying to broaden the base of the Atlanta History Center.

“History happens all over the city. We are looking for ways to engage people all over the city,” said Hale, who is not interested in the center acquiring “more bricks and mortar” by having a satellite location in the heart of the downtown tourism district.

“This happens to be a cultural institution in this part of town,” Hale said. “We are here because of the Swan House, and we have a 33-acre campus. We are rooted in place. I want this to be a place where everyone will come to celebrate history.”

The center’s new strategic plan calls for greater inclusivity and relevance in Atlanta. 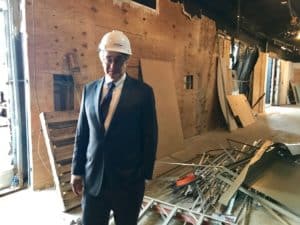 But Greer said the Buckhead campus does have its limitations.

“In this location we understand we need to have outreach to all parts of the city,” Greer said. “We spend a lot of time focused on that.”

Meanwhile Hale, who used to be the general counsel for the American Cancer Society (a $1 billion nonprofit), is relishing being the CEO of a $9 million cultural institution.

“I’m interested in history, and I’m an Atlantan,” he said in a matter-of fact way.

To that, Greer chimed in: “Sheffield absolutely loves it. This is his passion.” 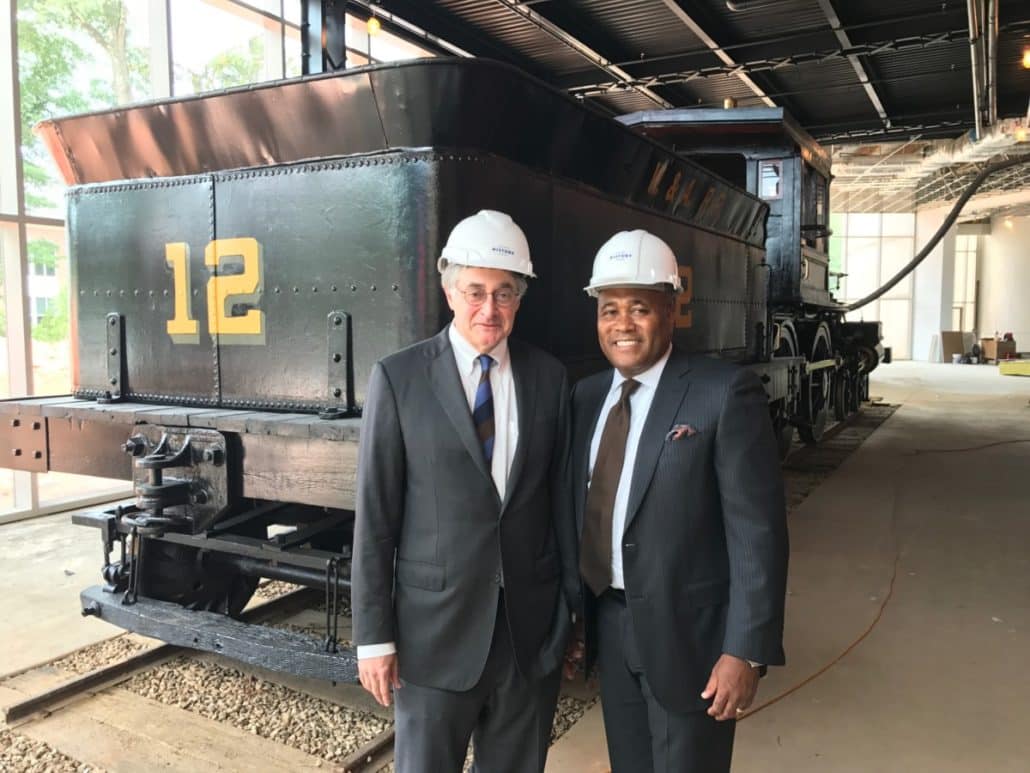