In the tiny Iowa farming community where Matthew Holtkamp grew up, folks tended to their own crops. When illness or catastrophe struck any of the 100 residents of St. Paul everyone rallied to help.

Today he and his wife Suzanne, who is from Ohio, are trying to pitch in on a much larger scale in Gwinnett County (population nearly 850,000). 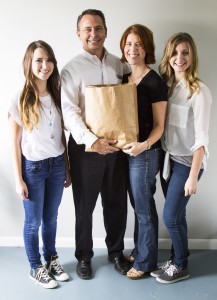 The Holtkamps own a Suwanee-based heating and air-conditioning company, so they know how important basic systems are to family comfort and stability. In their county, many families lacked basic needs—even food. So the Holtkamps decided during the depths of the Great Recession to create a charity through their company.

It wasn’t the best of times to start anything, but today the Holtkamp Family Foundation  has collected more than 50 tons of food donations. It offers full scholarships to HVAC students at Gwinnett Technical College and supports family-friendly arts programs like Suwanee’s Broadway in the Park.

The Holtkamps bought all the tickets to the Aug. 17 performance of the Broadway version of “Mary Poppins” at the Aurora Theatre in Lawrenceville, and will provide seats in exchange for a bag of groceries that will be distributed to county food banks. (Currently all seats are taken, but the theatre has a waiting list. See auroratheatre.com/secure/holtkamp.php)

“We’re also using this performance as a way to highlight a critical food shortage in our community,” their company’s website says. “Our Gwinnett Can Challenge effort helps connect citizens like you with the issue of hunger that affects families throughout Gwinnett and beyond.”

Existing for one another 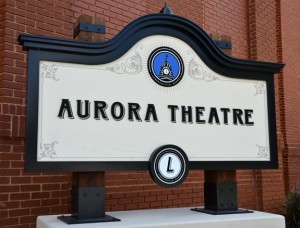 The Holtkamp Family Foundation is giving a free ticket for a bag of groceries for food banks to see the Mary Poppins musical at Lawrenceville’s Aurora Theatre Aug. 17.

The Holtkamps had been regular givers through Prince of Peace Catholic Church and, when asked, had helped individuals. Matthew Holtkamp once provided free HVAC service to a returning war veteran from Afghanistan who had fallen on hard times. “God has given us so much,” Matthew Holtkamp said. You can’t out-give God.”

The Holtkamps said they felt called to play a bigger role in a community that had helped them and their business survive.

“We went through tough times. We had sleepless nights and we wondered if we were going to make it,” Suzanne Holtkamp said. “We were not going to turn our backs on the community when the community needed support the most.”

Now the couple runs a multimillion-dollar company with 17 employees, and their struggles remain fresh.

Matthew Holtkamp recalled arriving in Atlanta in 1985 with a job lined up but only $20 in his pocket. He remembered having to ask for a temporary reprieve in paying his share of the rent until his first payday.

He also recalled the interdependence of his Iowa hometown.

“That town could only exist if those people could exist for each other,” he said. “It only makes sense to give back.”

To multiply their results, the Holtkamps’ foundation opted to become not a nonprofit but a donor advised fund administered through the Community Foundation for Northeast Georgia, a 501c3 based in Suwanee. The CFNG enables givers to place their contributions in the larger non-profit and direct how that money is disbursed as well as receive a tax benefit. One day, the Holtkamps hope to transform the foundation into its own independent nonprofit one day, but the current arrangement gives them a chance to multiply their results.

The Holtkamps typically partner with nonprofits such as churches, youth groups, Boys Scouts or Girl Scouts. For instance, through the CAN Challenge (http://www.holtkamphvac.com/about/canchallenge/), the partner group will run a food drive, for an example, and the Holtkamps’ foundation will write a check to the partner group. The money is given along with the food or used for other philanthropic efforts. The CAN Challenge takes up roughly 25 percent of the Holtkamp foundation’s charitable work.

Another motivation is to create awareness, not just donations. In Gwinnett, local food banks have struggled to keep up with higher demand during times of higher unemployment. They need food donations throughout the year, not just during the holiday season when contributions tend to spike.

“People are hungry 365 days a year, not just at Thanksgiving and Christmas,” said Suzanne Holtkamp.

A low-key force for good 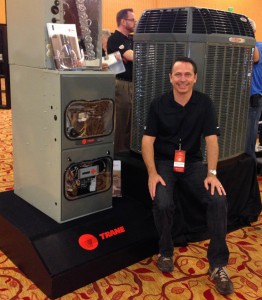 The Holtkamps don’t want attention to themselves but to their community’s needs. I probably wouldn’t have found out about their charitable work if it were not for my experience after Hurricane Ivan in 2004. Our flood plain backyard turned into a lake, and water destroyed the air conditioner, furnace and water heater beside the house and in the crawlspace. Holtkamp Heating & Air Conditioning Inc. completely revamped my home’s HVAC system, and later (during the recession when I was unemployed) repaired it for free under a warranty we had forgotten about.

That was ten years ago, and time has proved that Matthew Holtkamp’s memory keeps him connected to places where help is needed, whether Iowa or Gwinnett or even my house.

When I called him for an interview, he recalled that I had missed a step while walking in my attic and punched a hole in the ceiling. “Have you fixed that hole yet?” he asked me.

I have not. But here’s to being aware of an important problem right in front of us that we can do something about by working together. That’s the power of the Holtkamps’ quiet example.

Previous Article
Beau Allen, preservationist and son of former Atlanta mayor, passes away
Next Article
Godfrey Barnsley’s dream: A southern Eden in the wilderness, its collapse, and a modern-day rebirth (Part 2)