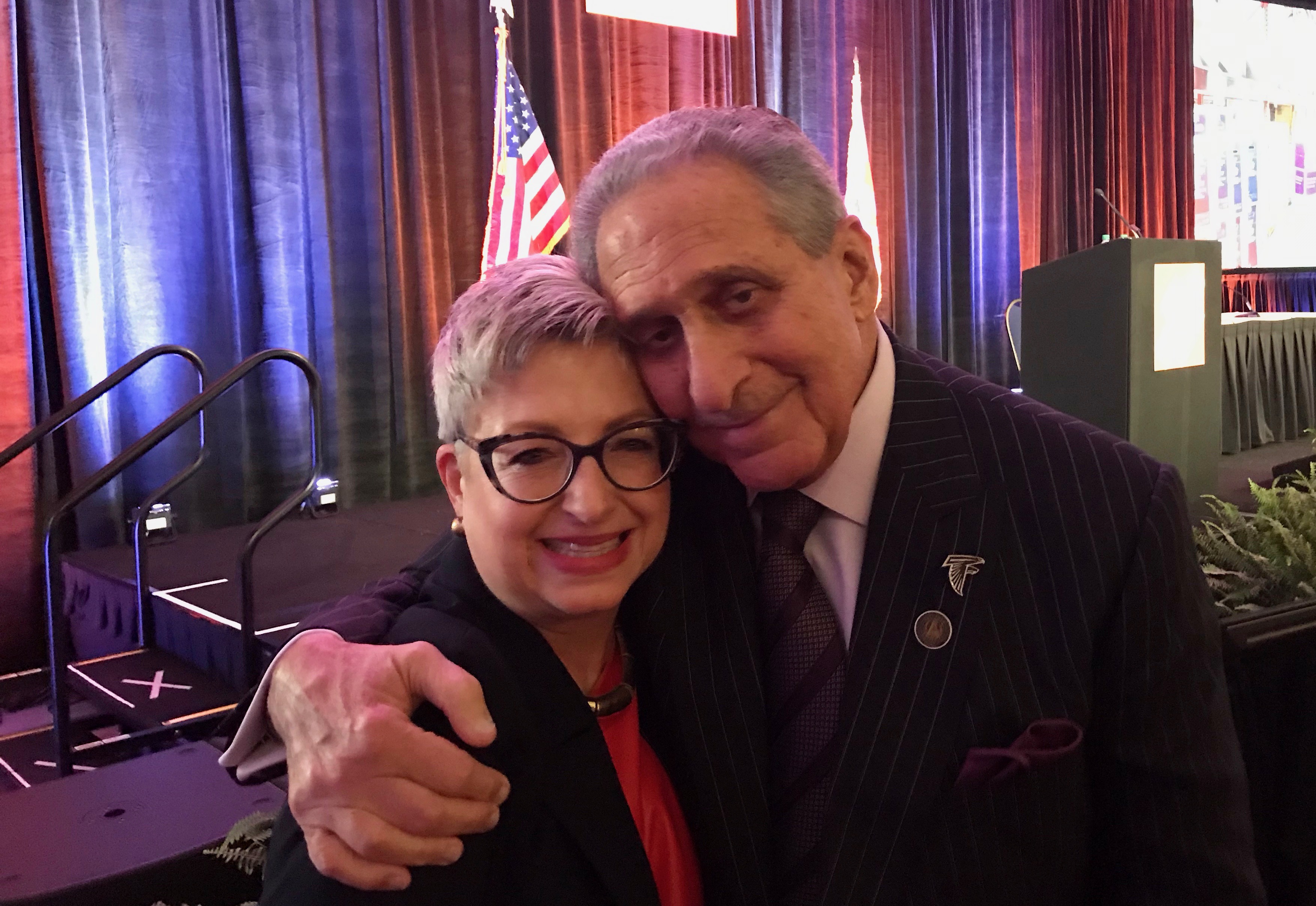 A sense of nostalgia permeated the 2019 annual meeting of Home Depot shareholders Thursday morning at the Cobb Galleria.

The presence of Home Depot co-founder Arthur Blank provided an opportunity for executives and shareholders alike to thank the founders for the $108 billion company that they have created.

It also was the last official annual meeting for Carol Tomé, the company’s chief financial officer who had previously announced she would be retiring from the company.

Tomé is the highest-ranking executive who has experienced every phase of the company. She began her career working for the co-founders – Blank and Bernie Marcus. Tomé was one of the few executives who remained through the Bob Nardelli era and later the Frank Blake era. 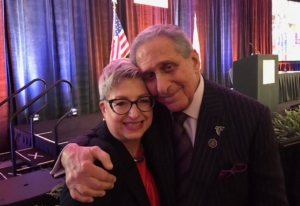 In fact, she was one of three internal contenders to become CEO in 2014 when the top job went to Craig Menear. Despite not becoming CEO, Tomé  has remained a dedicated leader of the company for the past five years.

“I would like to take a moment to express my sincere gratitude to Carol, who is retiring in August after 24 years,” Menear said during the shareholder’s meeting. “She has been a champion of our culture and our values. She leaves us in very good hands but she’ll be sorely missed.”

Tomé then gave an upbeat summary of the company’s 2018 results – one that set company records of $108.2 billion in sales and $11.1 billion in earnings. She said the prospects were that sales would grow by 3.3 percent in 2019.

“On a personal note, thank you for the honor of serving as your CFO,” Tomé told shareholders as her voice began to crack with emotion. “It’s been a pleasure and one I will never forget.” 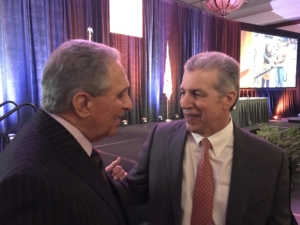 During the question and answer period, several shareholders thanked both Blank and Tomé for their contributions to the Home Depot.

Mike Davis of Greenville, S.C. ,introduced himself as a stockholder, employee and a big Home Depot customer, said he was attending his first annual meeting.

“Mrs. Tomé, I’ve never met you, but I’m sad that you are leaving,” Davis said. “Mr. Blank, I’ve never met him, but he’s a legend. In my opinion everyone here should give this Home Depot team a round of applause.”

Most of the questions were friendly, even though the animal rights organization PETA made its annual comments about the fact that Home Depot was still selling glue traps for rodents, one of the more painful ways to kill small animals.

The three shareholder proposals that were opposed by the company’s board failed. But all 12 directors were re-elected the board, even though two directors were not standing for re-election – Armando Codina and Mark Vadon. 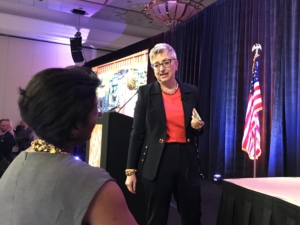 After the meeting, a number of Home Depot associates and shareholders gathered at the front of the ballroom to pay their respects to Blank and Tomé. When Blank saw Tomé, he gave her a warm hug as she wiped a tear from her cheek.

Then Blank, who now has since become the majority owner of the Atlanta Falcons and the Atlanta United soccer team, also was visibly moved.

“I’m thrilled to be part of this meeting. Home Depot is a great company with a great history and great leadership,” Blank said adding that he talked about the company a couple of weeks ago in a visit with co-founder Bernie Marcus.

“I told Bernie, ‘Bernie, you and I couldn’t have done what the company is doing today,’” Blank said. “’It’s much more complicated and complex than it was when we were running it.’” 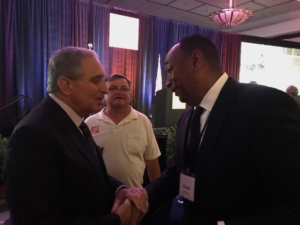