From Atlanta to Rural Maryland, learn about how African Americans have shaped America’s landscape.

Since 1985, The Conservation Fund has actively worked with partners to secure over 8.5 million acres of land to provide environmental, community and economic benefits. Those acres also include spaces that are culturally significant to Black history and can provide educational, nutritional and recreational benefits to our larger communities. Read about five landmarks where The Conservation Fund has supported partners to uncover rich history and nurture legacies of economic stability for future generations.

The Jake’s Woods area in Jones County, Ga., is named after Jacob “Jake” Hutchings, a stone mason born in Virginia in 1831 and one of the first Black legislators in the Georgia General Assembly in 1866. Hutchings hand-quarried this 28-acre granite boulder field both as a slave and as a free man and business owner after the Civil War. The granite blocks mined from Jake’s Woods can be found across the community of Clinton, Ga., as the steps of the former courthouse, street curbing, cemetery markers, mill stones and more.

The Conservation Fund is working in tandem with Jones County, the Old Clinton Historical Society, the Access Fund, and the Southeastern Climbers Coalition, with support from the Hutchings family, the Middle Georgia Regional Commission, and Atlanta Preservation Center, to acquire the property for land conservation, historical and cultural preservation, and recreational development. Jake’s Woods provides a rare and unique space for a multitude of outdoor activities, including hiking, mountain biking, rock climbing, historical tours and nature walks and protects a significant historical and cultural resource, adding to Clinton’s robust catalog of historical landmarks.

“We have a chance to preserve a historic property that also has an economic potential. The opportunity to have that all together is an opportunity we seldom have.”  -Sam Kitchens, Jones County Commissioner 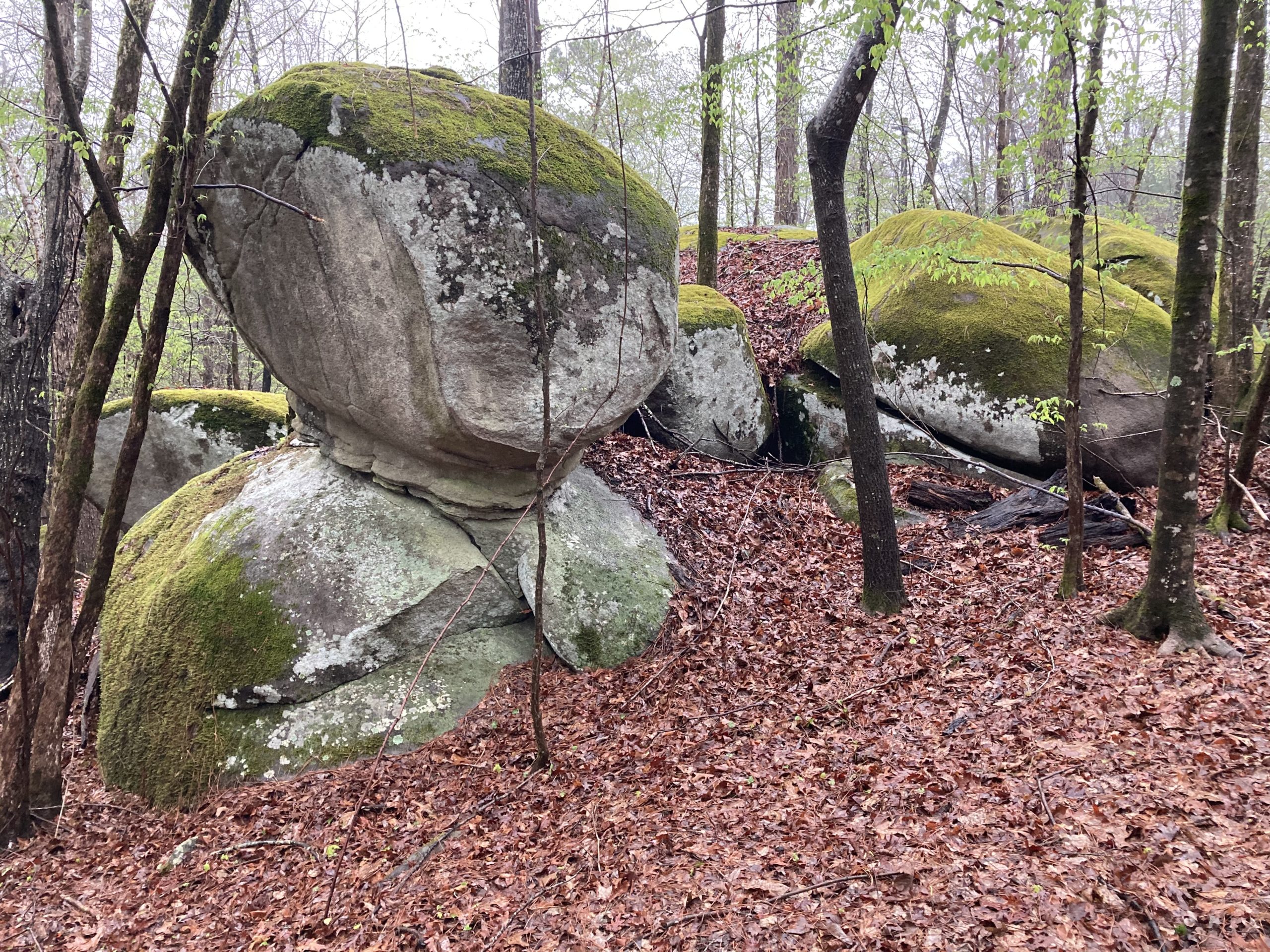 Photographs of the quarried stone at Jake’s Woods and Earlene Hutchings meeting with Jones County Commissioners to talk about the significance of the land, courtesy of Roberta Moore, The Conservation Fund. 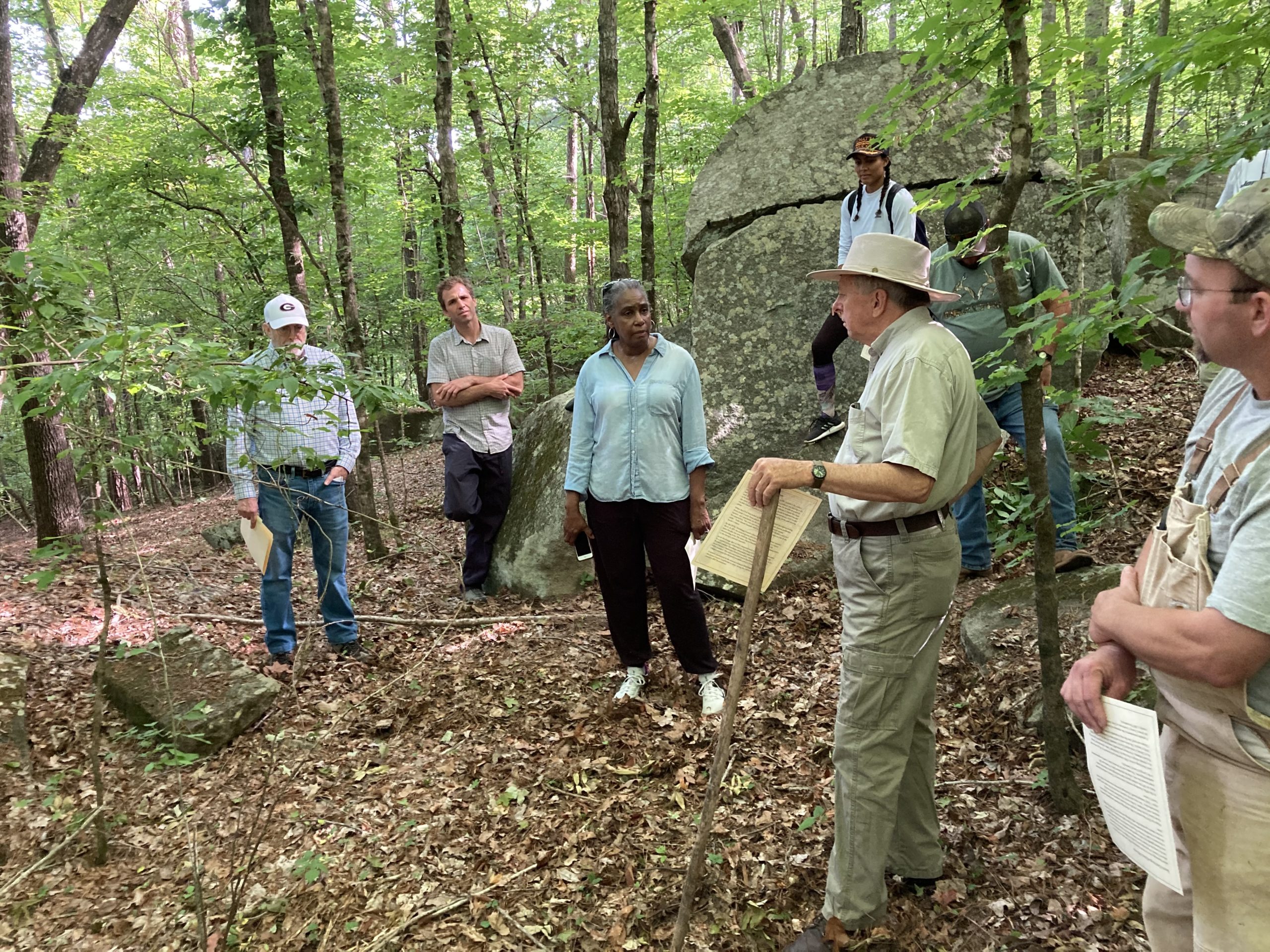 Atlanta Harvest is a rapidly growing Black-owned farm, grocery business, and wellness center headquartered in Ellenwood, Ga.,. Led by Asa Ysrael and his son Eliyahu, Atlanta Harvest is committed to producing naturally grown food while mobilizing resources and partnerships that create positive collective impact and build generational wealth for distressed communities. In addition to their on-farm grocery store where they provide fresh produce, meats and teas for purchase, they serve the community by educating and encouraging a “natural and sustainable” way of life.

The Conservation Fund’s Working Farms Fund program worked with Atlanta Harvest to purchase 90 acres of land in Milner, Ga., to triple their livestock production, expand crops and add critical infrastructure for their food hub model that supports communities lacking access to healthy, local food options. Working Farms Fund has committed to supporting minority and economically disadvantaged producers and currently has 50% representation of these farmers in the program.

“We want to create a space where people can learn how to better feed themselves and their families for generations to come.” -Asa Ysrael 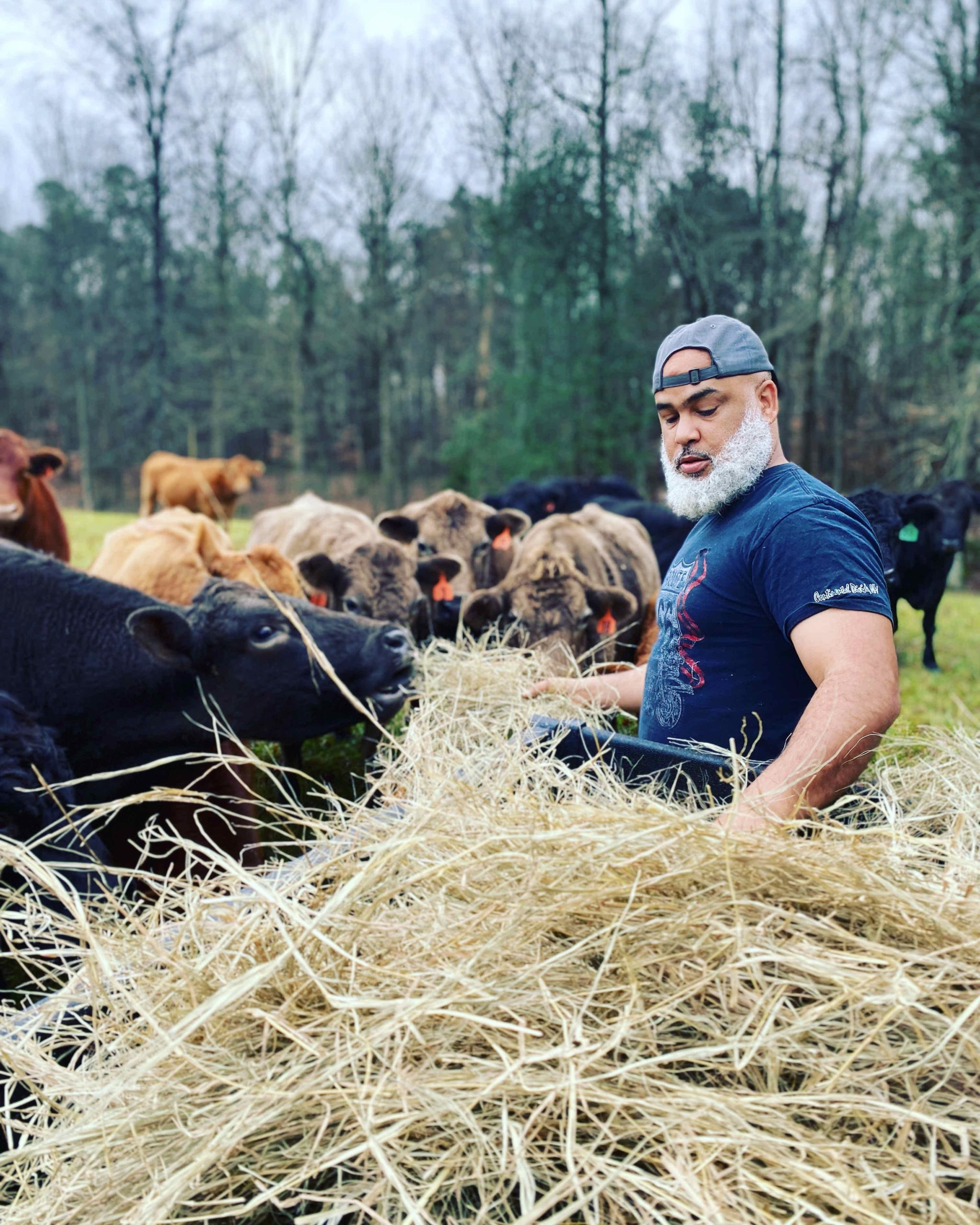 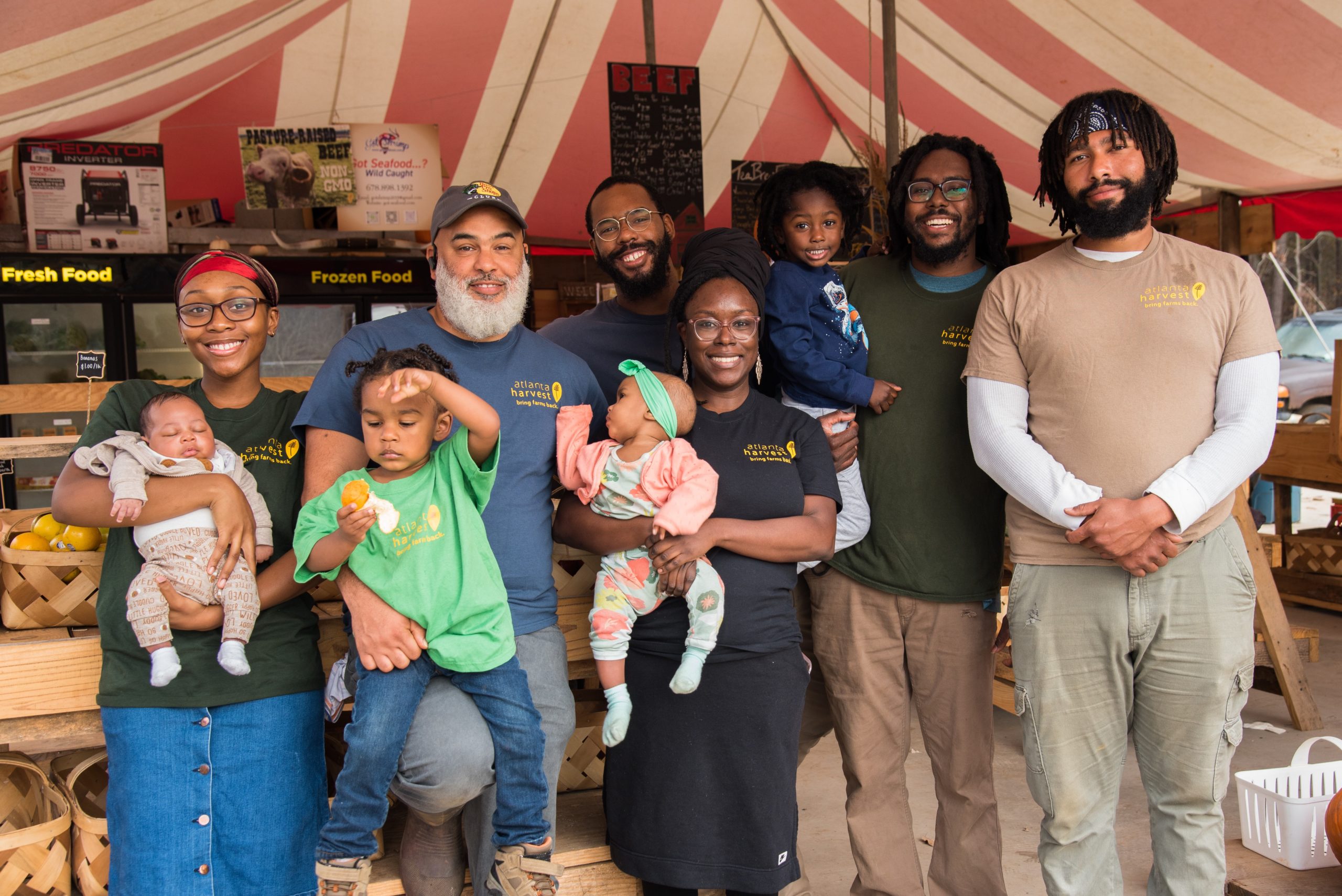 The Conservation Fund helped establish the Freedom Riders National Monument in Anniston, Ala., in 2017. Since that time, we recognized an opportunity to continue historic preservation work along the 54-mile Selma to Montgomery National Historic Trail  and we are currently working to secure several sites where Dr. Martin Luther King Jr. and other Civil Rights leaders safely sheltered during their five-day journey in 1965. At the risk of great harm to themselves, three families offered the marchers refuge on their land, including David Hall, Rosie Steele, and Robert Gardner. These three landowners and farmers’  important role in the Civil Rights movement has been widely unknown, until recently when the sites were designated as one of America’s 11 Most Endangered Historic Places by the National Trust for Historic Preservation thanks to the work of Phillip Howard. Together, we’ve been proud to help tell their stories and will continue to work in tandem with the families to help preserve the land for historic preservation, educational awareness and economic development opportunities.

“My dad did what he did because he wanted his children to have a better life than him with more options. His courage is what I remember most about him.”  – Mary Hall-McGuire, daughter of David Hall 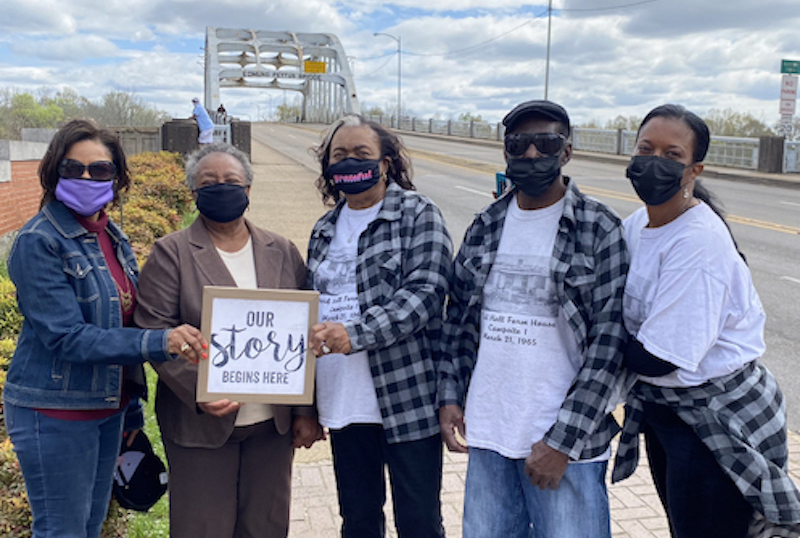 Photograph of the families of David Hall, Rosie Steele, and Robert Gardner meeting for the first time at the Edmund Pettus Bridge, courtesy of Phillip Howard.

The Conservation Fund’s Parks with Purpose program takes an intentional approach to greenspace development in minority communities across America. In Raleigh, N.C., we are developing the Bailey Drive Gateway, a greenspace that will connect the historic Rochester Heights and Biltmore Hills communities to the ecologically significant Walnut Creek Wetlands.

To engage community members on the developing site, artist Tiffany Baker was selected by community members to create a temporary art installation that shares the oral histories of longtime residents in Rochester Heights and Biltmore Hills, two of Raleigh’s first historically Black neighborhoods. Using glass and portraits as her story-telling medium, Tiffany’s artwork was installed at the Bailey Drive Gateway at Walnut Creek Wetland Park as part of the project’s community engagement process, establishing the future park as a place for gathering, reflection, interaction and learning. The artwork is being incorporated into the final design of a new community pavilion currently in development.

“This project is important to the neighborhood and city of Raleigh and even people who might read about it in the future. It represents a preservation and honoring of the culture and history of this particular neighborhood, which was Raleigh’s first Black subdivision [post World War II].” -Jackie Turner, Jackie Turner Consulting 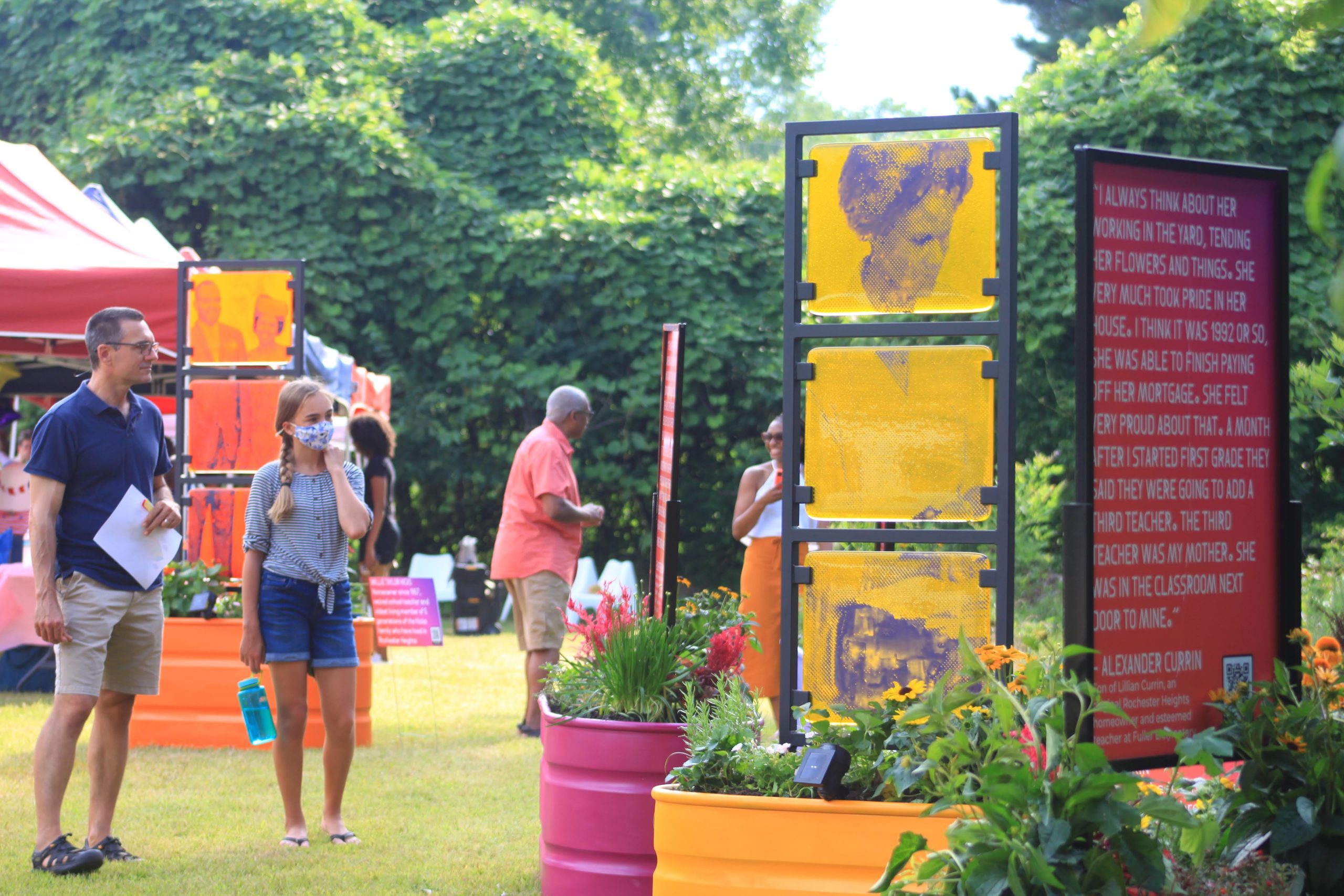 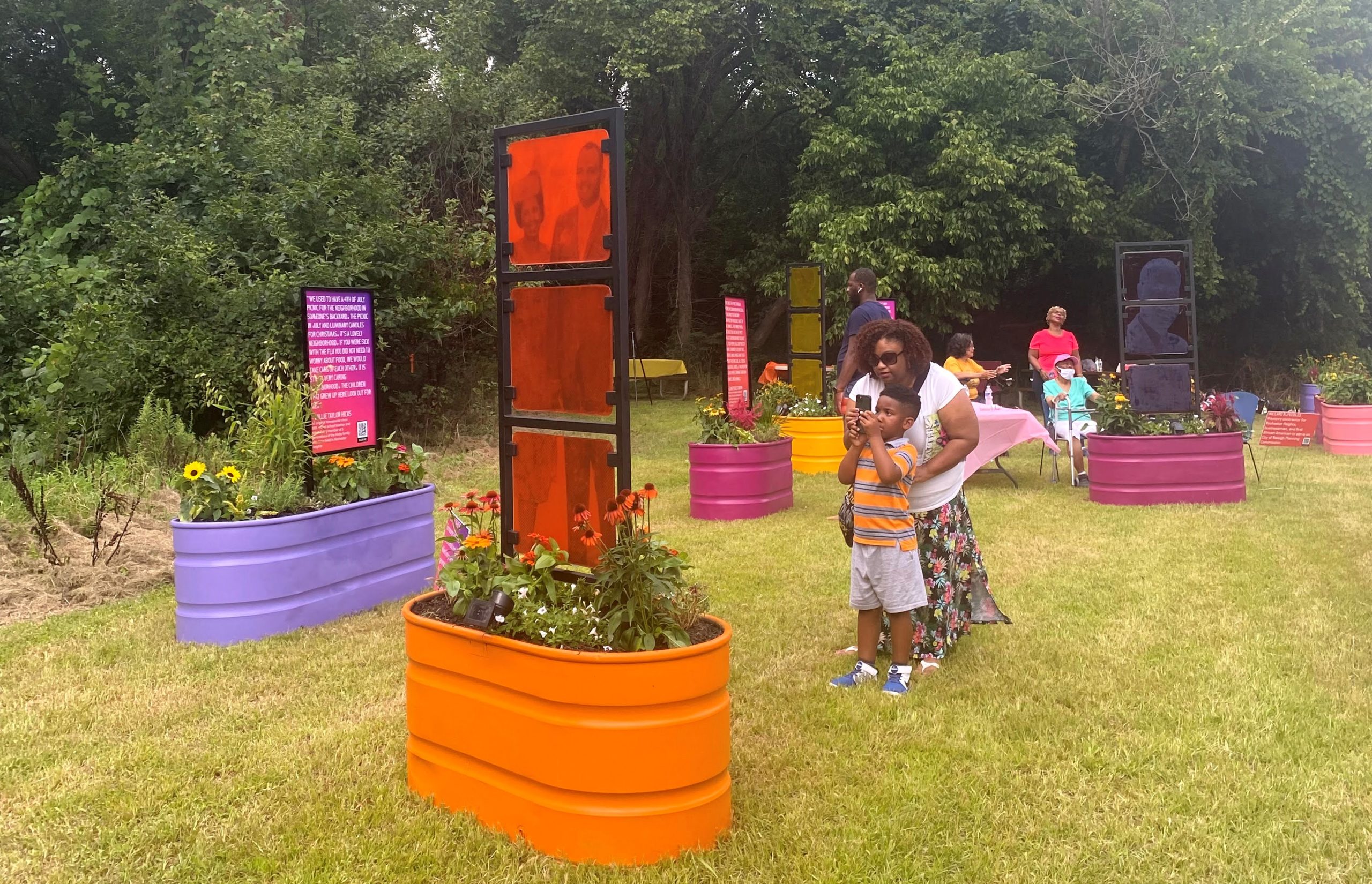 The Conservation Fund helped establish a new national monument honoring Harriet Tubman by donating a key historic property to the National Park Service. That property includes the homestead of Jacob Jackson, a former neighbor and free Black man who helped Tubman rescue her brothers. The historical landscape, on the Eastern Shore, has the extraordinary power to tell Tubman’s story right where it happened—and in a landscape that still looks much like it did during her time.

Starting in 1993, the Fund acquired 1,336 acres in Dorchester County, Mary., known as the Ewing Tract. In 2013, we transferred most of the property to the U.S. Fish and Wildlife Service for incorporation into the Blackwater National Wildlife Refuge. Then, we gifted the remaining 480 acres of the tract—discovered to be historically significant to the Harriet Tubman story—to the National Park Service to create the Harriet Tubman Underground Railroad National Monument, which was established by President Obama via the Antiquities Act. This tract ultimately became part of the Harriet Tubman Underground Railroad National Historic Park, which was created by the U.S. Congress in 2014.

“I never ran my train off the track and I never lost a passenger.” – Harriett Tubman 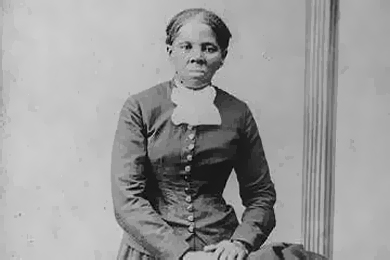 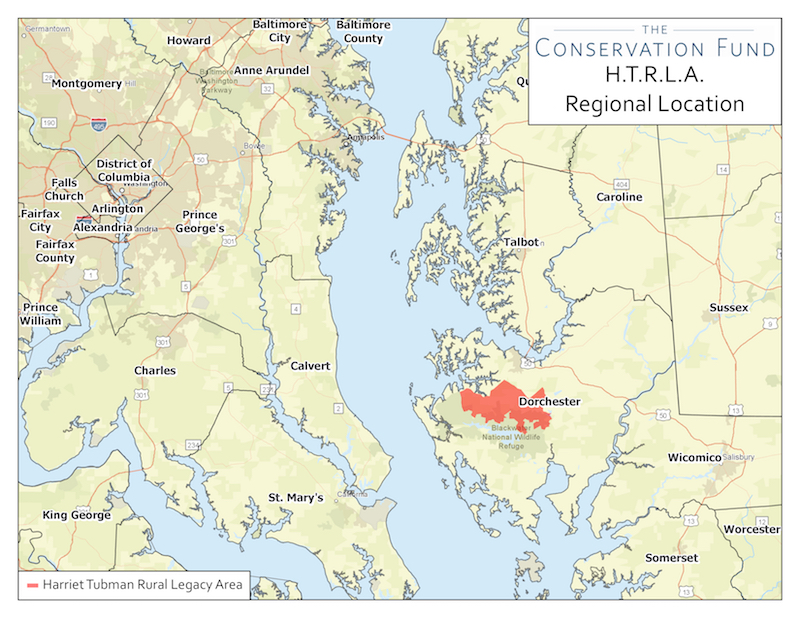