Housing and demographic trends are changing how our cities will develop

Few industries have experienced as dramatic a blow as has the U.S. housing market in the past three years.

Now the housing market has forever changed — a reality that metro planners and developers are beginning to digest.

Arthur “Chris” Nelson, director of the Metropolitan Research Center at the University of Utah who previously had been a professor of planning and public policy at Georgia Tech, shared his research with the Atlanta Regional Housing Forum on June 6.

Nelson named his talk: “This is NOT your parents’ housing market.”

Whether it’s in metro Atlanta or any of the other 22 mega-regions in the country, the nation’s housing profile is being transformed before our eyes. 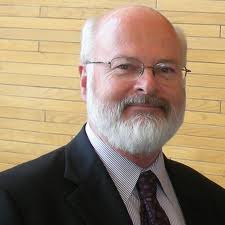 At the same time, more households have returned to being multi-generational — young adults living in their parents’ homes or elderly parents moving in with their kids. It’s a trend that probably has been driven by the economic recession.

“The American housing composition is moving back to where it was a generation ago with more multi-generational households,” Nelson said. “That will dampen the demand for new housing.”

Since World War II, there has been an ever-increasing demand for new housing especially when the “baby boom population was flooding the market with demand for homes,” Nelson said. “Now we are seeing that baby boomers have run their course.”

In fact, the baby boomers are now entering their senior years.

“It’s an aging population — (people aged) 65-plus will be 77 percent of the housing demand between 2010 and 2030,” Nelson said. “Ninety percent of the growth will be for housing without children. It’s a brand new ballgame.”

All of those factors point to fewer people owning their own homes and more people becoming renters. In 2005, 69.2 percent of the households were owner occupied. By 2010, that had dropped to 66.1 percent. Nelson said that percentage likely will continue to decline to 63.5 percent in 2020 and to 62.9 percent in 2030.

“Between 2010 and 2030, half of all new housing will be built for renters,” Nelson said. “The net new demand will be for rental housing. We are not going to build apartments fast enough to meet demand.”

At the same time, Nelson said the nation “will see the largest glut” of houses on the market. Part of that will be due to the “Great Senior Sell-Off.” Currently, 80 percent of people who are 65 or older own their own home. But when seniors move, 59 percent become renters.

“Most states will have more sellers of homes than buyers, and that’s not a good thing,” Nelson said. “People will simply walk away from their homes — or torch them or bulldoze them.”

Metro Atlanta’s housing market, which had experienced phenomenal growth for decades, suffered more than most other markets during the recent recession. But the decline in housing values has not been uniform.

From 2007 to 2011, the average value of homes inside the perimeter declined by about 30 percent — and the intown markets are already recovering. There has been a 40 percent decline of housing values in the inner tier outside the perimeter, and they are experiencing a slow recovery.

As for the McMansions that have been built in the suburbs, Nelson said those 6,000-square-foot homes could be turned into three units that could accommodate three families.

According to several studies, Nelson said that more and more Americans want to live in walkable communities — places where they can ride bikes or ride transit to get around. But metro Atlanta’s development patterns currently don’t have enough walkable communities to meet demand.

“I’m actually surprised about development around MARTA,” Nelson said about the low density of offices and residences next to stations. “There’s a lot of opportunity around MARTA rail stations for more concentrated development.”

Dan Reuter, land use division chief for the Atlanta Regional Commission, said metro Atlanta actually has several urban communities or walkable town centers throughout the region and several exist outside the perimeter. He also said ARC is working closely with MARTA to capitalize on opportunities for transit-oriented development.

“We have a dozen MARTA stations that need a lot of love and are ready for more urban development around the stations,” Reuter said.

Nelson ended his talk with a couple of slides —looking at how we’ve changed and how we grow from here.

In generalities, baby boomers have enjoyed 40-year careers with one company, living in uniform housing far from their jobs. Gas was cheap, and transit was for other people. Also, all homes gained in value, and homeowners loved living in isolated subdivisions.

But today, the market has changed. People tend to be free agents or contractors rather than employees. They want housing choices across life stages. And they want shorter commutes with options to walk, bike or ride transit. They want to live in “urbane” communities where they can either buy or rent their residences.

And Nelson said that in the future, there will be little need for new single-family homes on large lots. If all new residences were built around existing or new transit stations by 2030, demand might be met. And the market “will pay a premium for walkable/mixed-use locations with mobility options.”

The bottom line — metro Atlanta’s housing market has forever changed. If we’re smart, we will be forward-looking about how we develop in the future.

To find out more about the Atlanta Regional Housing Forum and to download a copy of Chris Nelson’s presentation, please go to www.atlantaregionalhousing.org.