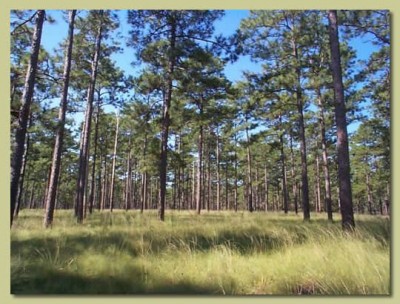 Ichauway Plantation, in Baker County, contained thousands of acres of longleaf pine. Today, the site is part of the Jones Ecological Research Center.

Note: This is the first of two parts.

Today’s Centers for Disease Control and Prevention (CDC) has deep roots in Georgia, not the least of which were the Depression-era efforts of a handful of medical practitioners, a university, and a philanthropist whose support made their work possible. 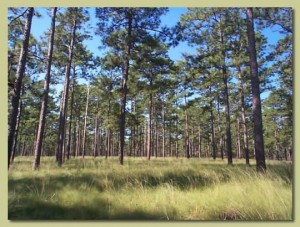 Ichauway Plantation, in Baker County, contained thousands of acres of longleaf pine. Today, the site is part of the Jones Ecological Research Center.

The next time you drive by the CDC, near Emory University, I urge you to consider this: What does that imposing complex in the middle of metro Atlanta have to do with a tiny, remote county in southwest Georgia?

In the late 1920s Coca-Cola chair Robert Woodruff, with his business partner and friend Walter White, purchased about 36,000 acres of land in Baker County, about 200 miles southwest of Atlanta, and established Ichauway Plantation as a hunting reserve. Its land conservation ethic soon made it one of the finest anywhere. Among its many distinguished visitors were two U.S. presidents, Dwight Eisenhower and Richard Nixon.

Barely had Woodruff stepped foot on his property when he learned that many of the tenant farmers in the area suffered from malaria, a disease transmitted to humans via infected mosquitoes. This was not just a local problem; although the disease infected 60% of the county’s population, it was endemic in the southern states, according to New Georgia Encyclopedia author Bindu Tharian. 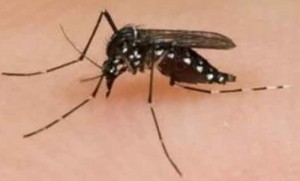 Malaria, caused by a parasite, is transmitted to humans through infected female mosquitoes. The disease was once rampant in Baker County, Georgia.

Dr. Glenville Giddings, Coca-Cola’s medical advisor, knew about the problems of malaria, as he was also advising the Georgia Power Company, whose employees contracted the disease while clearing land and building dams. Giddings and Woodruff arranged for a team of medical personnel from Emory University to set up treatment centers at Ichauway Plantation and in the nearby town of Newton. The U.S. Public Health Service—as well as the Depression-era WPA, who provided workers for digging drainage ditches—also became involved. As it grew in both size and success, the Ichauway experiment taught lessons about the relationship between malaria and hydrology.

Despite great successes, malaria still remained a problem throughout the Southeast. In 1939, with Woodruff’s support, Ichauway became home to the Emory University’s Field Station (EUFS), in partnership with the U.S. Public Health Service. Dr. Justin Andrews, the state’s malariologist, served as director. The project’s mission was to study how the mosquito population propagated and infected humans with the disease.

What they did not account for, however, was that the mission was soon to become one of national urgency.

To be continued: WWII troops and the threat of malaria abroad