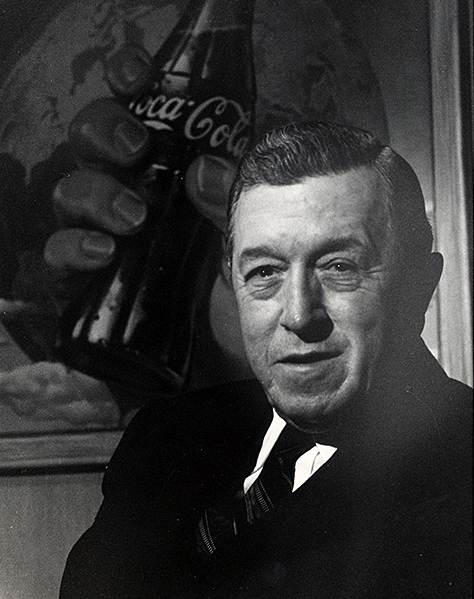 Note: This is the second of two parts. Read part one.

Following the 1941 Pearl Harbor attacks, which precipitated the United States’ entry into World War II, strategists were already anticipating the risks of sending an invasion force into Pacific territories known for their malarial conditions. (In the Philippines, malaria would cause more U.S. troop casualties in 1942 than war.) 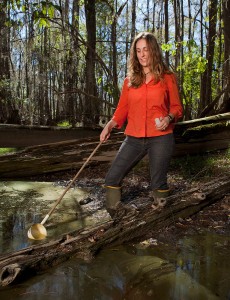 A researcher at the Jones Center, sampling for mosquito larvae in a forested wetland on Ichauway.

Adding to the urgency of the issue was the army’s challenge of training hundreds of thousands of infantry recruits in the southeastern states, where malaria still remained a problem.

In 1942 the U.S. government established a research center in Atlanta as part of the U.S. Public Health Service. Called the Malaria Control in War Areas program, or MCWA, its location was no accident, given Georgia’s strategic role in infantry training as well as the growing prominence of the Ichauway field station in the Public Health Service.

Once peace was achieved, the MCWA evolved into the Communicable Disease Center (CDC), still part of the Public Health Service but now with a broader vision, and with Dr. Justin Andrews, leader of the Ichauway field station efforts, at the helm. But the center faced big problems, including space consolidation and hazardous working conditions further exacerbated by the constriction of government funds during peacetime.

In an attempt to counter these obstacles, in 1946 Coca-Cola chairman Robert Woodruff funded the purchase of fifteen acres of land adjacent to Emory University for the CDC’s use. Congress, however, refused to appropriate funding for the center itself, as President Harry Truman’s top priority was national defense. 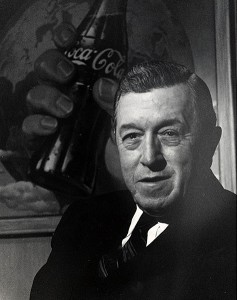 Coca-Cola chairman Robert Woodruff played a key role in the growth of the CDC.

The election of President Dwight Eisenhower in 1953 presented an opportunity. It was Coca-Cola that first brought Woodruff and Eisenhower together in World War II, through the morale-boosting campaign to put a Coke in the hands of all military service personnel. After the war, “Ike” enjoyed hunting quail at Ichauway Plantation as Woodruff’s guest. Thus, with Congress still intransigent, it was time for a personal intervention. Woodruff placed a call to the president, urging his support for a new CDC facility.

A year later, and perhaps due in part to Woodruff and Eisenhower’s relationship, Congress appropriated funds for a new CDC building complex on Clifton Road in Atlanta. By 1960, the CDC occupied its new space, and the Emory University Field Station at Ichauway was shuttered.

The current CDC (now known as the Centers for Disease Control and Prevention)—a far-reaching public health resource and global advocate—is a far cry from the organization of 1946 or the MCWA of 1942, to say nothing of Ichauway Field Station. 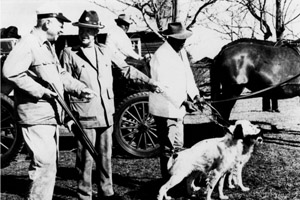 From the vantage of 2013, the work done in Ichauway might seem invisible. But in exploring the lineage of today’s CDC, Baker County certainly would be one place to look, as would the model of business and civic leadership that Robert Woodruff embodied.

On the Ichauway site where the Emory University Field Station once stood, now sits the Joseph W. Jones Ecological Research Center, another product of Woodruff philanthropy and, like the earlier field station, one also concerned with environment and ecology. When we look to history, often we are fascinated and even amazed to trace the threads of the present to their sources. Understanding how things come to be is part of understanding their connectedness.

As we struggle in our 21st-century quests for everything from school safety to a cure for cancer, we cannot say exactly what the solutions to these problems will look like, or even if there will be solutions.

Today’s CDC has deep roots in Georgia, not the least of which were the Depression-era efforts of a handful of medical practitioners, a university, and a philanthropist whose support made their work possible. Tackling problems they barely understood in a remote corner of the state, they surely contributed beyond what they could have hoped for or even imagined.