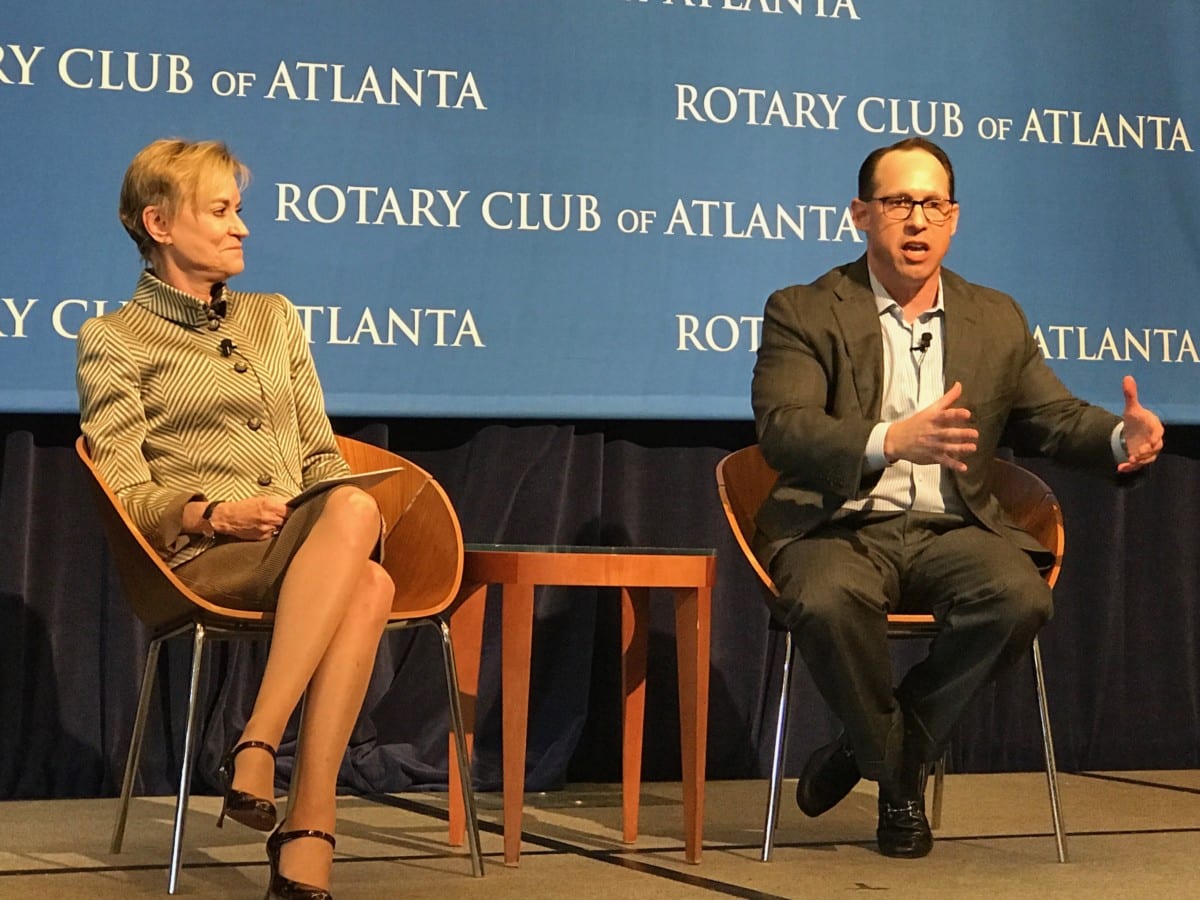 By Ellie Hensley and Maria Saporta
As published in the Atlanta Business Chronicle on April 28, 2017

AT&T plans to relocate hundreds of its executives from Atlanta to its operations hub in Dallas and its entertainment hub in Los Angeles. About 300 jobs will leave Atlanta, including most leadership in the entertainment division. Atlanta Business Chronicle first reported the news on April 25.

AT&T’s move threatens to be a big blow to Atlanta’s quest to be the nation’s hub for mobile communications, the “Internet of Things” and the “smart city” movement.

But local leaders tried to put a positive spin by saying Atlanta — thanks largely to AT&T — has created an ecosystem of mobility-related companies. 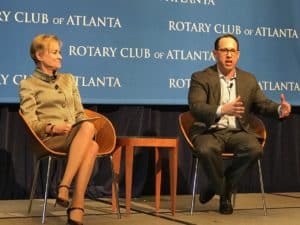 AT&T’s talent pool has attracted a lot of tech companies to the region, as well as suppliers and startups.

The relocations will also disrupt leadership plans for the Metro Atlanta Chamber, which Glenn Lurie, president and CEO of AT&T Mobility and Consumer Operations, was in line to chair in 2018. Lurie is among the executives being relocated to Dallas.

“Our Entertainment Group will be moving a few hundred managerial jobs from Atlanta to Los Angeles and Dallas,” said Lance M. Skelly, director of communications for AT&T’s global media relations. “The vast majority of our nearly 20,000 Georgia employees are not affected.”

AT&T’s Mobility headquarters was based at Lenox Park in Brookhaven. Now that division reportedly has been combined with AT&T’s DirectTV and uVerse divisions in El Segundo, Calif. In preparation for the move, AT&T has substantially reduced its amount of office space in Lenox Park, leaving one of its former buildings primarily vacant.

“Today, we will inform a key group of our EG Leadership, and a few hundred managers from their broader organizations, that we will be moving their work functions to El Segundo and Dallas,” Stankey wrote.

Stankey said AT&T had been rethinking its organization since it consolidated the former Mobility group with its former broadband and video groups last year.

“I am making a judgment call that we will win faster, and more frequently, in the market where we are ‘more together,’” Stankey wrote. “…Our current configuration simply creates too many travel inefficiencies, scheduling challenges across time zones and locations and career track discontinuities.”

Stankey said the company is investing “substantial” resources to facilitate the consolidation. “We are at a time of unprecedented change,” he wrote.

Due to Lurie’s departure, the Metro Chamber is going through some changes of its own. Chairs-elect have numerous leadership duties in the year leading up to their appointments, so GE Energy Connections President and CEO Russell Stokes, who was originally slated to be 2019 chair of the chamber, has stepped up to fill the role a year earlier.

“I see the glass as being half full; 20,000 employees will stay here,” Metro Atlanta Chamber President Hala Moddelmog said in an April 25 phone interview about AT&T’s announcement. “Cricket Wireless is staying here. In our recent strategic plan, we are focusing on IOT [internet of things] and smart city. Mobility is not everything.”

Over the years, Atlanta has been a hub for telecommunications and mobile communications. But it missed out on the opportunity to be the headquarters for AT&T.

Back in 2003 it looked as if Atlanta could be the future headquarters of AT&T. At the time, Atlanta-based BellSouth almost acquired the old AT&T, then-based in New Jersey. A board of directors was selected for the merged company, to be headquartered in Atlanta. But then BellSouth CEO Duane Ackerman called off the deal at the last minute. BellSouth later was acquired by the new San Antonio-based AT&T, which moved its corporate headquarters to Dallas.

But AT&T kept the headquarters of AT&T Mobility, the fastest-growing part of the business, in Atlanta.

The new AT&T maintained a strong presence in Atlanta, hosting its first Mobility Live! summit in the city in October 2013.

But the company made a big move three years later, when Ralph de la Vega, then-CEO of AT&T Mobile and Business Solutions and a top defender of keeping the business based in Atlanta, was relocated from Atlanta to Dallas in early 2016.

“Atlanta will be fine no matter who is running the show,” De la Vega said at the time. “Glenn Lurie is great. It will continue to be a great hub for AT&T.”

Lurie also appeared to be high on Atlanta as a center for AT&T. On March 27, Lurie was the keynote guest at the Rotary Club of Atlanta, where he was questioned by Chamber President Moddelmog.

Georgia Tech President Bud Peterson is hopeful Atlanta will remain a hub of innovation for AT&T.

“Glenn and I have talked, and he has assured me that AT&T is committed to maintaining and strengthening the partnership we have developed between AT&T and Georgia Tech,” Peterson wrote in an email. AT&T is an important partner for Georgia Tech in research and education, and a leader in innovation in the Atlanta area. AT&T opened a Foundry innovation center in Tech Square four years ago, creating momentum for other corporations to open corporate research and innovation centers in Midtown.

Adding even more uncertainty is AT&T’s plans to merge with Time Warner.

Technology Association of Georgia President and CEO Larry Williams said, “AT&T has just really been a part of the fabric of tech community and helped build it… So while it is big news, they’re going to continue to make Atlanta one of their primary hubs.”

Previous Article
Atlanta’s urban tree canopy leads the nation; but most trees are not protected
Next Article
Neon’s a gas by Kelly Jordan