The hunt for technological guano

The history of how we’ve managed to feed ourselves over the past century or so is a dramatic story with many surprising twists, although it has become entangled in and obscured by the more explosive events of our times. 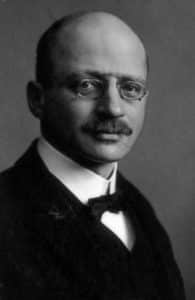 The astonishing career of the German chemist Fritz Haber illustrates this point splendidly. Haber was hailed as a savior for the development of the Haber-Bosch process, which made possible the fixation of nitrogen from the atmosphere for the manufacture of fertilizers and explosives.

By the time he received the Nobel Prize for that achievement in 1918, Haber had also done enough to be remembered as the father of chemical warfare, heading Germany’s poison gas operations in World War I. He escaped prosecution for war crimes, but died in exile from a country where, as a Jew, his achievements both for good and ill were ignored.

Haber’s discovery saved the world, in the nick of time, from its dependence on guano, that is to say seabird and bat droppings, which had been discovered as a nitrogen-rich source of fertilizer in the early 1800s and fueled the world’s agricultural growth over the next century. As the global supply of guano dwindled, Peru and Chile became a kind of Middle East, and the rest of the world stared at the threat of agricultural collapse.

That’s been the cadence of this history ever since, as the world’s population has grown ever larger: brilliant solutions, designed to head off the catastrophic consequences of our previous achievements.

Across much of the world, even parts that were threatened by famine as recently as 50 years ago, widespread hunger seems a memory. In the United States it’s obesity, not starvation, that has reached the crisis level. But many scientists believe the complicated system which brings food to the store — or increasingly, to our door — is becoming increasingly fragile, and a new round of brilliant solutions is needed, and fast.

“To put it succinctly, how do we nutritiously and sustainably feed an additional two and a half billion people in the contest of a changing climate and a changing world?” said Dr. Robert Easter at the opening meeting of “Science Breakthroughs 2030,”  a project which aspires to think big on the subject of food.

Commissioned by two nonprofit groups, the Supporters of Agricultural Research Foundation and the Foundation for Food Agriculture Research, the National Academies of Sciences, Medicine and Engineering assembled a blue-ribbon panel of experts in a wide variety of food-related issues, including Dr. Corrie Brown, an expert in animal diseases at the University of Georgia College of Veterinary Medicine.

The panel, which will issue a report next March, has been tasked with finding the best opportunities for breakthroughs — the technological guano, so to speak — which could propel another revolution in food production.

One of the buzzwords in this field is “precision agriculture”: sensors and drones measuring soil conditions and methods for getting the maximum efficiency from fertilizer and pesticides, that sort of thing. It’s a highly descriptive term in more than one way.

Not only has technology given use the tools to conduct agriculture in a more precise way, but in a world with more people, our agricultural system will have to become increasingly precise in its ability to produce food in sufficient quantity and deliver it to the world’s table, if we are to avert catastrophe. Fritz Haber and later Norman Borlaug  solved the looming problem of hunger with what will seem, in retrospect, broad-brush solutions. There will be less margin for error in the next round of breakthroughs. Already, one expert warned, the world could be one new plant disease away from mass starvation.

Some of the organizers compared what they were attempting to a “moonshot,” but that one is taken already by Joe Biden’s cancer initiative, and it might not be the most useful term at this time anyway. The Trump administration has slated the national academies supporting this project for massive budget cuts, and it’s unclear where the administration and Agriculture Secretary Sonny Perdue stand on jump-starting the Green Revolution. A lot may depend on whether you can sell avoiding starvation as an infrastructure project.

Previous Article
What’s a 5-hug delivery?
Next Article
A growing chorus: Atlanta must be proactive to preserve its unique tree canopy