If you parent a teen, listen to this expert on Georgia law

To celebrate turning 18, J. Tom Morgan walked into a tavern, purchased and downed a pitcher of beer and a pile of oysters. It was all legal back in 1972.

Today, an 18-year-old who did that in Georgia would face arrest, and if convicted, likely sentenced to six months probation—or 18 months if a fake ID was involved. There would be a fine, community service and drug and alcohol evaluation. The clerk who sold him the beer would likely get arrested too. 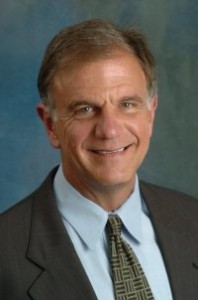 Attorney J. Tom Morgan says teens are no different than they were 30 years ago, but more of their bad behavior has been criminalized.

For parents of teenagers, Morgan should be required listening and reading because, as he says, “Our kids are no worse than we were, thank goodness, but we have passed laws that make our children criminals for doing the same things that we were doing 30 years ago.”

Morgan spoke last week to an audience of Druid Hills High School parents including myself. He and I followed paths of reinvention to this event. Around 2000, we spent a good bit of time together when he was DeKalb County District Attorney and sheriff-elect Derwin Brown was assassinated. I covered Morgan’s successful prosecution of Brown’s predecessor, Sidney Dorsey, for the Atlanta Journal-Constitution.

In 2000, my youngest daughter was born; now she’s a high school freshman. Her sister is a junior. Like any parent, I worry about them constantly, so that’s why I sought out Morgan’s talk. He is a criminal defense attorney, an adjunct professor at Western Carolina University and author of “Ignorance is No Defense: A Teenager’s Guide to Georgia Law” (Westchester Legal Press).

Each year since the 2007 publication of his book, Morgan has spoken to as many as 100 audiences a year about the dangers teenagers face when their mistakes land them in trouble with the law. He is the go-to-guy when you realize that your cute kid suddenly is almost an adult.

Thirty years ago, roughly 22 to 25 percent of Americans between the age of 17 and 25 experienced arrest. Today, 1 in 3 in that age group runs afoul of the law. It’s not just the proliferation of drugs and domestic violence, Morgan pointed out. It’s the new and harsher penalties across the country for minors who break the law. The Peach State is one of the strictest.

“Unfortunately for our children, we have chosen to raise them in the state of Georgia,” Morgan said.

Georgia is among only ten states that treat 17-year-olds as adults, Morgan said. That means the records of as many as 10,000 Georgia teenagers are slapped with indelible criminal offenses that would be expunged in 40 other states that treat offenders of the same age as juveniles.

Georgia also has the Seven Deadly Sins Law. That law, among other things, mandates that defendants as young as 13 be tried as adults when they face charges of murder, kidnapping, armed robbery with a firearm, rape, aggravated child molestation, aggravated sodomy or aggravated sexual battery.

Morgan then gave examples of clients who’d been victimized by these Georgia Legislature’s get-tough-on-crime-measures. He gave no names and told the stories in the present tense.

J. Tom Morgan’s book, “Ignorance is No Defense,” details a myriad of ways teens can get in trouble with the law, as well how to protect their rights.

The touching that might have provoked a literal slap on the wrist for my generation could lead to a child molestation charge today if the participants are 15 and 16, Morgan said. He was more explicit than I can be in this column, but for those who recall the crude baseball euphemisms for the lengths teenaged couples went physically on dates, we’re talking second base.

Third base is aggravated child molestation. A home run is statutory rape.

A generation ago, none of it would have been illegal. The age of consent was 14. In 1994, it went up to 16. (I wasn’t even thinking about kids that year, and though I worked for the newspaper, that change didn’t have the significance it does now that I have teen daughters).

It also wouldn’t have been illegal a generation ago for a 20-year-old college student walking down the street with alcohol on his breath. He and his 80-plus students at a nearby fraternity house would have partied on. This was one of Morgan’s clients, by the way, who was arrested after being stopped by a police officer. The frat partiers also faced charges.

What is legal for a minor, he pointed out, is walking in public with alcohol on your breath if the minor was served by his or her parents in their home or at a religious service.

Morgan’s talk is mostly explanatory and analytical, but he does have a strong opinion on the threshold he celebrated with beer and oysters. In 1986, after Congress threatened to withhold federal highway money, every state raised the drinking minimum from 18 to 21.

“There are four countries that set the drinking age at 21: the United States, Pakistan, Sri Lanka and Palau,” Morgan noted. “What the hell do we have in common with those countries?”

The drinking age in Canada—19—makes more sense to him. It keeps alcohol out of high school, he said.

“If you are old enough to go to war, have a family, have a mortgage, have a job, have a baby,” he said, “you should be able to buy a Budweiser without going to jail.”

But until that happens, Georgia relaxes some of these laws, and hell freezes over, I have new worries. By listening to the expertise of my longtime legal acquaintance, I know this: if my teenagers get into the type of misbehavior excused in my generation, ignorance will be no excuse.

Previous Article
As problems grip Turner and ASO, Atlanta’s image, and its sound, fade
Next Article
Will an app or a wearable make you healthier?