If you were at Bergen Belsen with my mother, I would love to talk with you

WANTED: The lost voicemail from the man who was in the Bergen Belsen concentration camp with my mother– Nora Nehama Saporta – during World War II.

A few months ago, I was in my car listening to my work phone voicemails. A man said he was visiting relatives in Atlanta (I believe he said he was staying with his son and his son’s family). His message said he had been in the German concentration camp with my mother. He also told me he had some of the trademark sketches that my father had drawn for him. If I wanted those sketches, I should call him, and he left me his number. 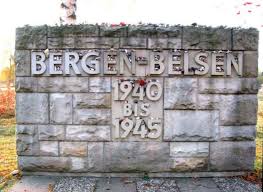 Unfortunately, somehow, that voicemail got deleted or lost. When I went to transcribe my voicemails, that message was not there. There were several voicemails from people trying to pitch me stories on topics that had little relevance to anything I cared about.

But the voicemail from the gentleman who had spent time with my mother when she was in the Bergen Belsen concentration camp –  during what must have been a most difficult year of her life (from April 1944 to April 1945) – that precious voicemail was lost.

So I’m doing something I’ve never done before – I’m making a personal appeal in my column – hoping the power of the internet will find the person who so kindly left me a message several months ago.

If you are his son or his daughter or friend, please tell him that I would love to spend some time with him and talk to him about his memories of my mother during that year. So we don’t leave anything to chance, please email me at: maria@saportareport.com. 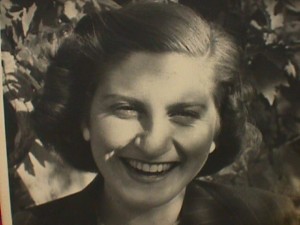 There obviously is a personal reason for this appeal.

For years, really decades, I’ve been wanting to write a book about my parents’ relationship and experiences before, during and after World War II.

Both of them were born in Greece – my mother in Salonica and my father in Volos. They were part of the Sephardic community – Spanish Jews – who had been been living in Greece (sometimes under Turkish control) since the Spanish Inquisition in 1492 when the Jews were kicked out of Spain.

In the early days of World War II, the Germans began to invade Greece from the north, my mother’s family and my father went to Athens where they lived for several years. On March 10, 1943, my parents eloped. Exactly a year later, my mother was called to testify before the Gestapo, the German military tribunal. 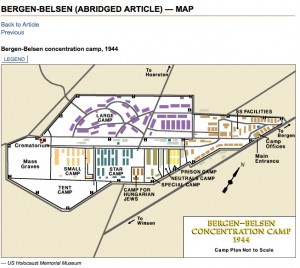 A map of Bergen Belsen. I would love to know where the Sephardic Jews lived at the camp.

A couple of weeks later, Papa, Mama and her entire family were rounded up and taken to a synagogue. Papa was able to escape, but Mama, her parents as well as her best friend were boarded on a train for Bergen Belsen where they spent a year.

Before she died in April 1999, Mama let me interview her several times about her youth, her romances, her courtship and marriage to Papa, their experiences during the war, her time at Bergen Belsen, their liberation, the six months that followed when neither Mama nor Papa knew whether the other had survived, how they reunited, and how they subsequently moved to the United States after the war – against my mother’s wishes.

There was a day in Rome – during their journey from Athens to France where they were going to board a ship for New York – when Mama faced a moment of truth – would she go to the United States with Papa or would she stay in Europe with her family, friends and an old love.

As the years have gone by since Mama’s death, I’ve had many other questions about certain slices of her life. I have interviewed several friends who knew her in Greece or during the war.

Some of my questions about her life will never be answered — and that’s okay. We should all have a little mystery left in our past.

But there are other pieces of information – like missing pieces of a puzzle – that I would love to find and put in their place.

And that’s why I would love to talk to the gentleman who shared time with Mama at Bergen Belsen. 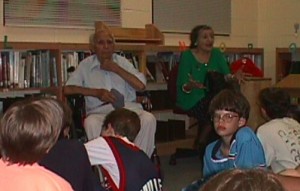