IllumiNights at the Zoo: Take a stroll with the larger-than-life animal kingdom

The star of the show is a 100-foot dragon, a breathtakingly intricate lantern. (Photo courtesy of Zoo Atlanta)

From now until mid-January, Zoo Atlanta after sunset is a different world — one filled with over 80 larger-than-life, illuminated animals intermingling with the real-life furry and scaly creatures.

President and CEO Raymond King says IllumiNights at the Zoo, a Chinese Lantern Festival, celebrates the natural world and the upcoming holiday season.

“I had no idea when we agreed to do it, just how impressive it was going to be,” he said. “When I think of lanterns, I think of little lanterns, but these things are huge. Most of them are 10 to 20 feet tall.”

Hanart Culture, a theatrical entertainment company that melds traditional forms of Chinese art, provided the “awe-inspiring” lanterns and environmentally-friendly LED lights. Lantern artisans create each display in Zigong, China, deemed the “Lantern Town of the South Kingdom” because the city’s lantern festival celebrations can stretch into a month-long event.

The Lantern Festival honors ancestors who have passed away and marks the first full moon of the new lunar year and the end of the Chinese New Year. This year, the holiday will be celebrated on Feb. 15, 2022. 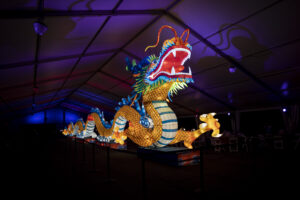 The fiery dragon comes to life with a swiveling head and tail. (Photo courtesy of Zoo Atlanta)

The star of the show at Zoo Atlanta is a 100-foot dragon, a breathtakingly intricate lantern that casts warm orange and red hues across the overarching tent’s walls or anyone close to the fiery creature.

A pop-up gift shop is stationed by the dragon with offerings that would tempt even the thriftiest people, including classic holiday gear like lights and snowflake wands, stuffed animals of all kinds — some the size of a 10-year-old — and Zoo Atlanta memorabilia.

Besides the dragon, another novelty is a peacock whose feathers are made from a collection of small, glass medicine bottles filled with multicolored water. 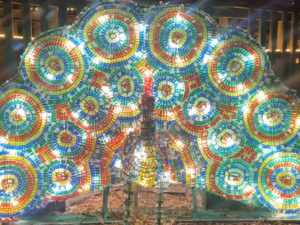 The illuminated peacock is made of glass medicine bottles filled with multicolored liquid. (Photo by Hannah E. Jones)

The festival is one part of the Zoo’s ongoing efforts to elevate its offerings. For several years, the Zoo has been in “construction mode,” as King puts it, citing a new amphibian and reptile section and the Grand New View project, which included a new African Savanna and Savanna Hall.

The African Savanna, hosting elephants, giraffes, zebras and more, opened in 2019, but the Savanna Hall debuted in February 2020, just before COVID-19, closed down most of the world.

“So, we brought all our donors together and had this grand unveiling of [Savanna Hall], and this long pipeline of events scheduled, then the world shut down,” King said. “And so we went from being on the top to down on the bottom and literally didn’t know if we’d survive the pandemic. I mean, we closed the doors and revenue went to zero.”

But since then, the Zoo has seen growth in numbers rather than a dip. King said that membership sales have increased by 40 percent compared to 2019.

He credits this success to the Zoo’s expansions and new offerings, along with the fact that the location is outdoors, making it a pretty COVID-friendly designation.

He added that the Zoo has something for everyone — whether you love snakes, want to feed lettuce to a giraffe or are just visiting to see the lanterns. 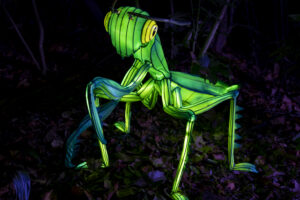 IllumiNights at the Zoo is an ode to the natural world. (Photo courtesy of Zoo Atlanta)

For folks making their way to the Zoo for the first time since the pandemic, King hopes they leave feeling “proud to be in Atlanta and proud of their Zoo.”

“I often tell people, we’re kind of the footsteps to the city,” he said. “When my family travels to another city, we almost always go to the local zoo. So, you know, when people come to Atlanta, they’re going to come see the Zoo. And we ought to take pride in the fact that we’ve got a zoo that represents our city.”

King notes that the city’s Zoo has come a long way. In 1984, Parade Magazine named Zoo Atlanta as one of the top 10 worst zoos in America. The Zoo lost its accreditation, prompting then-Mayor Andrew Young to assemble a crisis team to get the organization back on track.

That infamous title is strikingly different from today’s Zoo.

Last year, Zoo Atlanta was chosen for the Association of Zoos and Aquariums’ 2020 Research Award with Top Honors for their Great Ape Heart Project, the world’s first coordinated clinical effort to target cardiovascular disease in gorillas, orangutans, chimpanzees and bonobos.

“People are really struck that it’s just not the same Zoo they grew up with,” King said. “That just shows that we have a future ahead of us, and the rest of the Zoo could be built out to a similar standard. I think people will feel the same way about this event, [IllumiNights at the Zoo], and it’s going to set a different expectation for the experience.”

“I think now we’re literally at a stronger place and a healthier place than we’ve ever been in our history,” he added.

Click here to learn more about IllumiNights at the Zoo: Chinese Lantern Festival and the Zoo’s latest additions.

Get a closer look at the lanterns. All photos in the slideshow are courtesy of Zoo Atlanta. Scroll down for a breakdown of the lantern-making process from George Zhou at Hanart Culture. 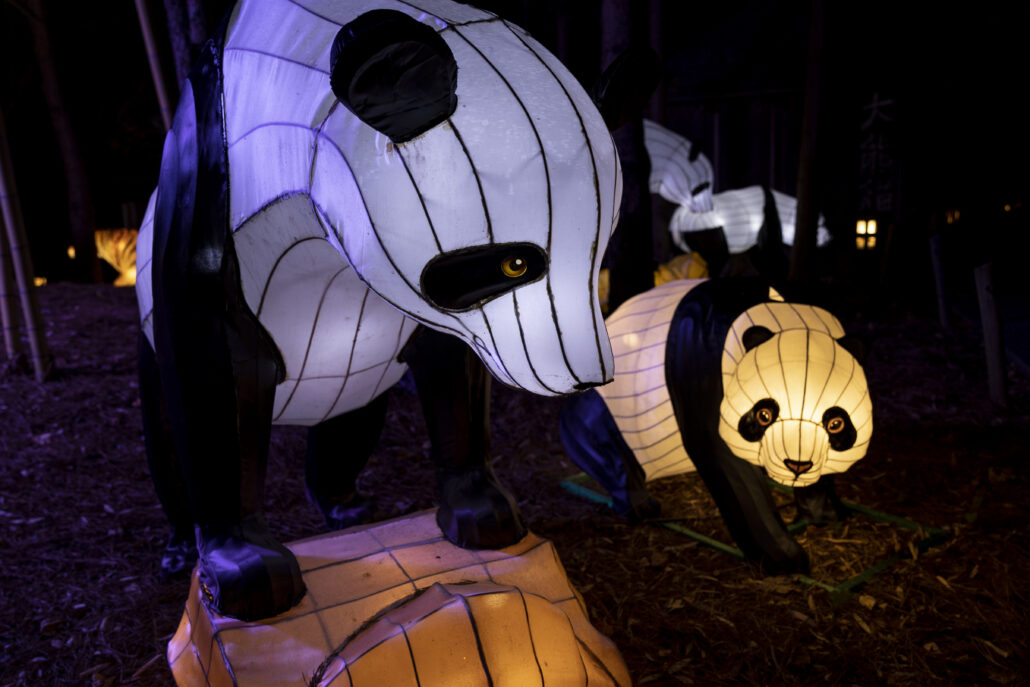 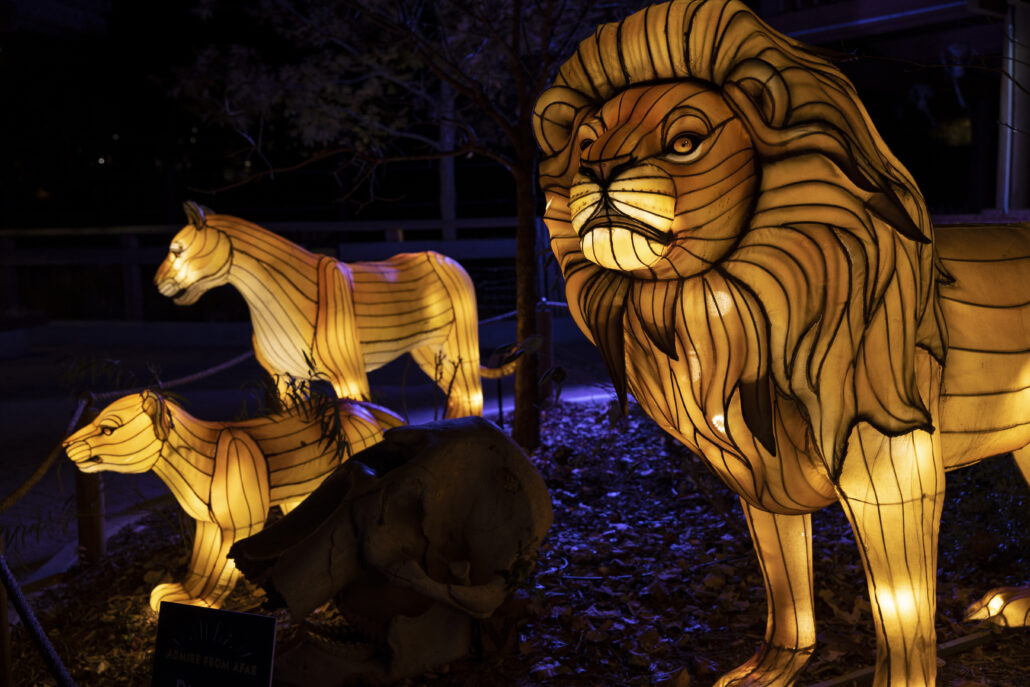 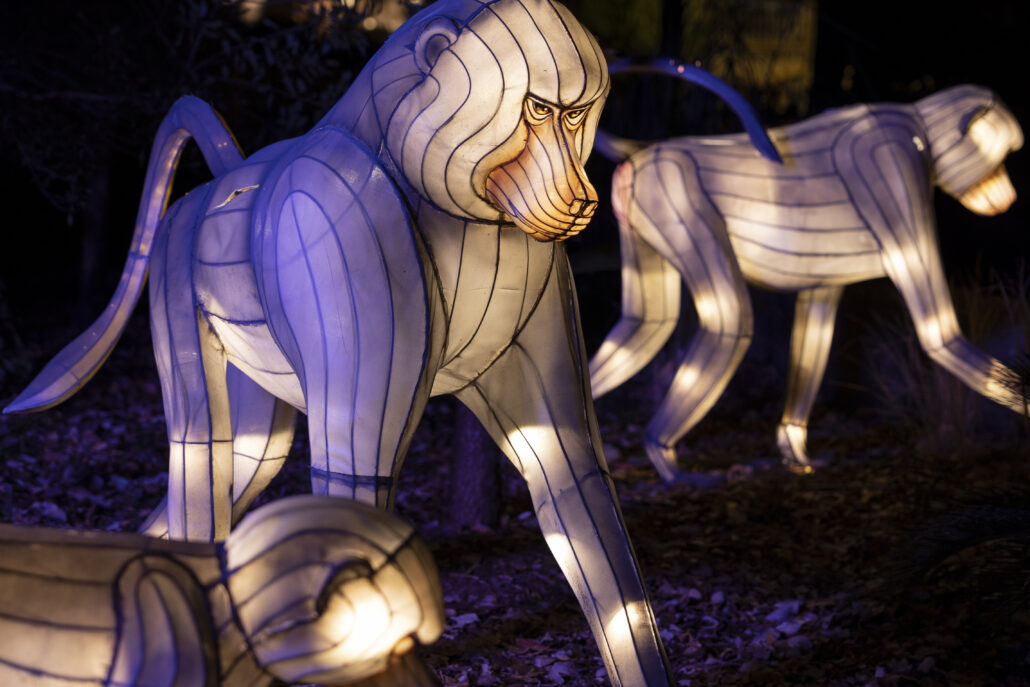 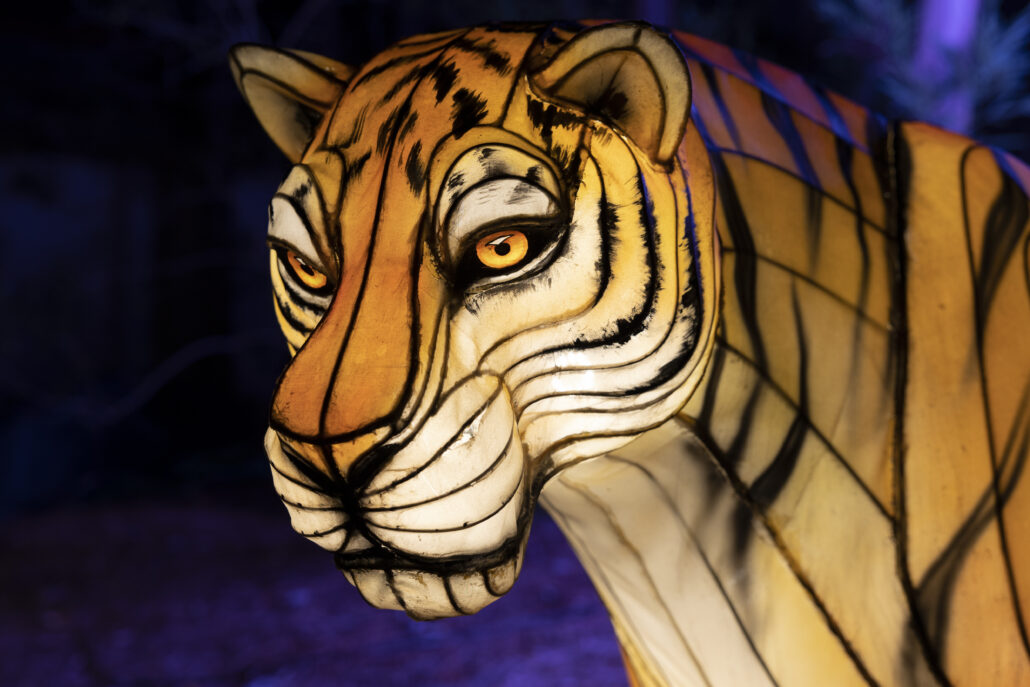 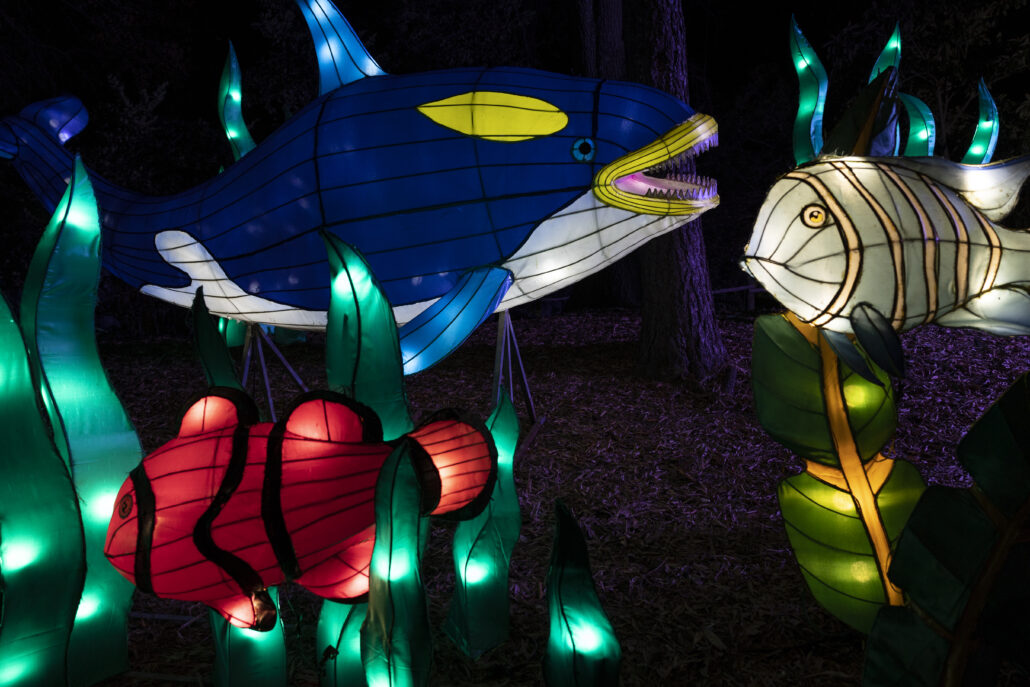 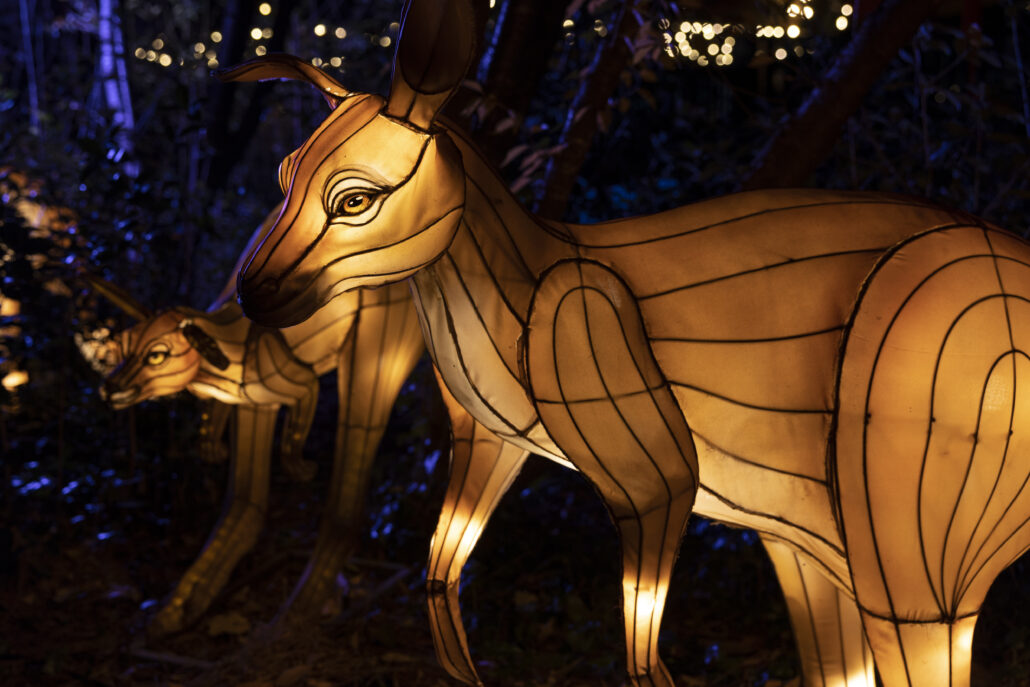 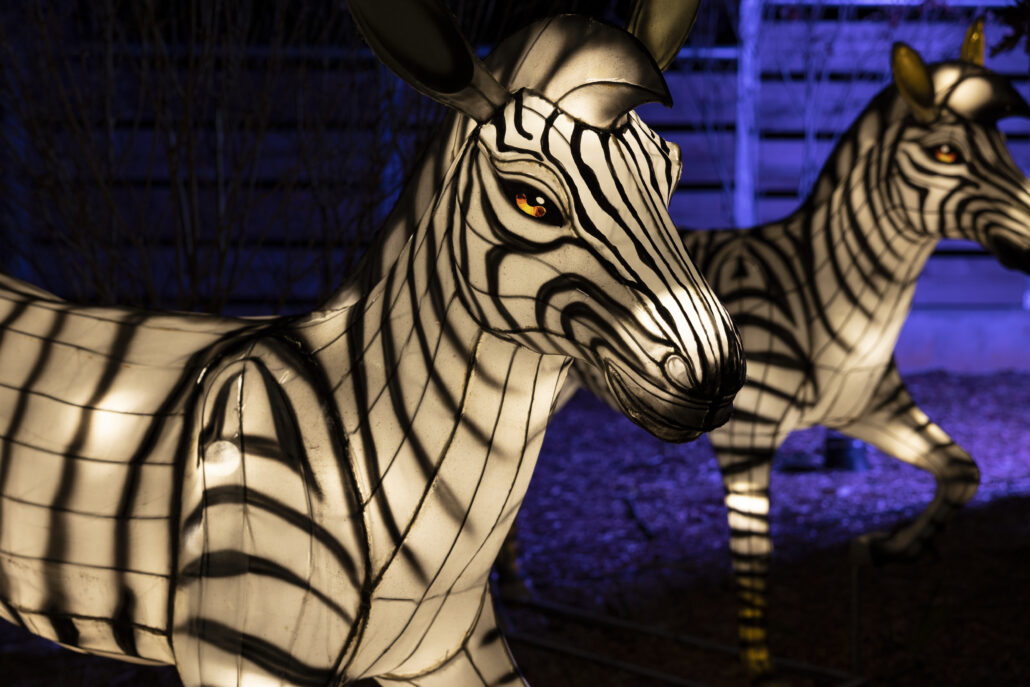 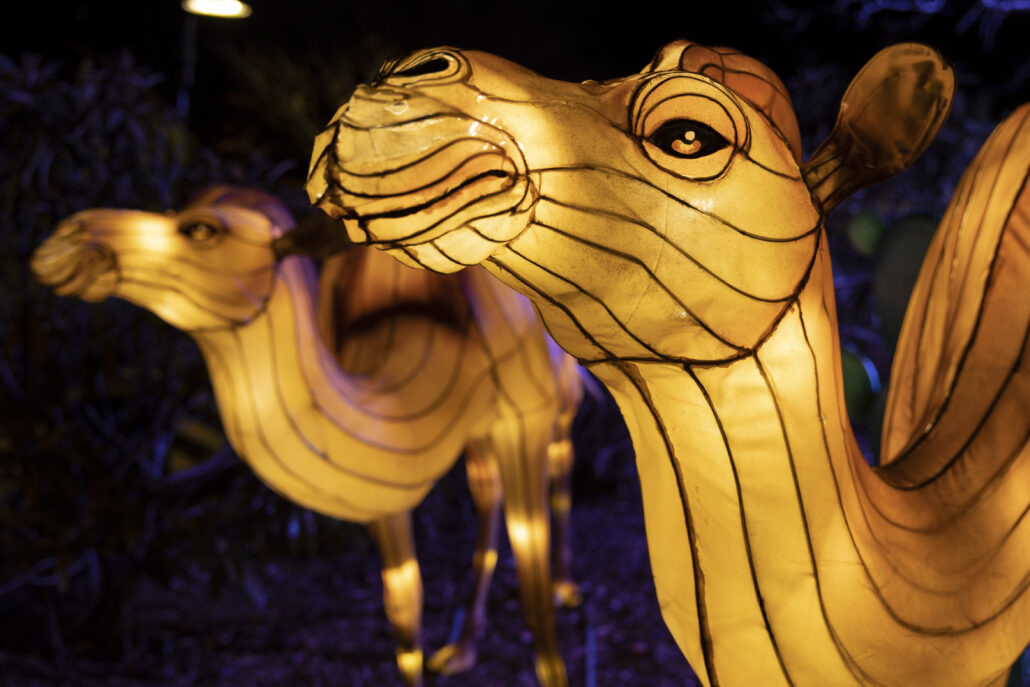 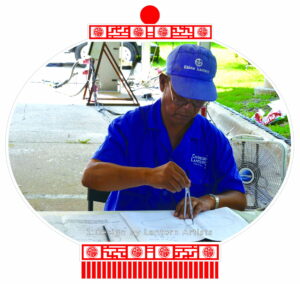 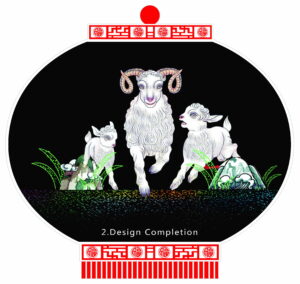 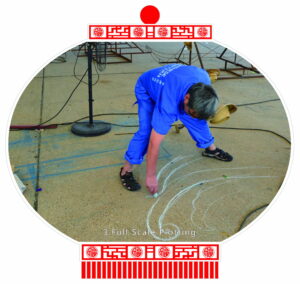 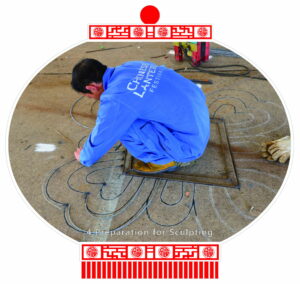 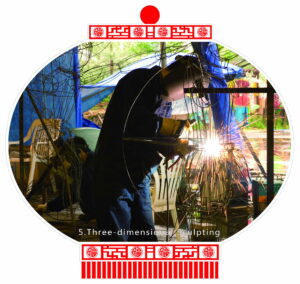 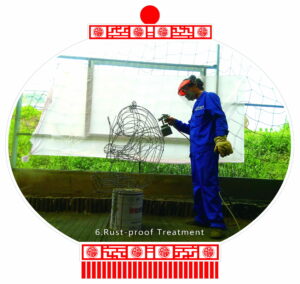 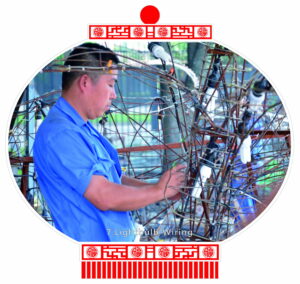 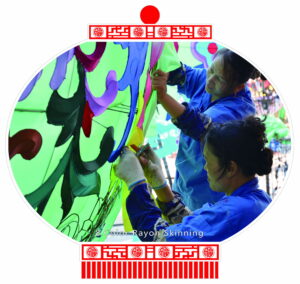 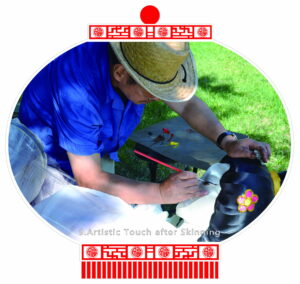 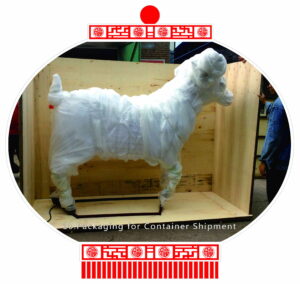 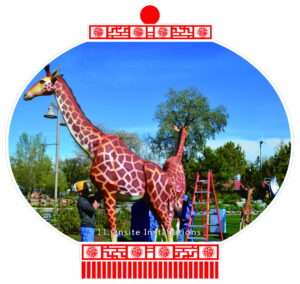 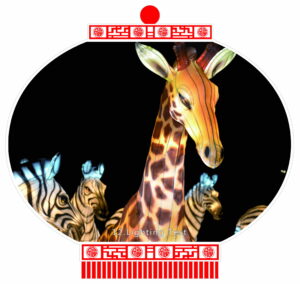 Previous Article
The demolition was a tad ironic
Next Article
From the Hardwood to the Housing Market, Atlanta Businesses are Leading the Fight Against the Racial Wealth Gap