Years ago, the Atlanta Business Chronicle ran a regular series of articles entitled “The Romance of Real Estate,” which chronicled the story of the rise and fall of prominent buildings.

Located at the entrance to downtown Atlanta, on Peachtree Street at Ivan Allen Boulevard, the Imperial Hotel merits such story telling today. It has risen and fallen a number of times over the course of its 100 year history, with the latest fall currently underway due to a pending foreclosure by Fannie Mae.

Nonetheless, the Imperial has proven to be resilient over the years, and it is likely that it will emerge again under new ownership and be given a fresh start.

For as long as anyone could remember, the Imperial stood as a vacant and dreary hulk, a symbol of downtown’s decline and an eyesore at its gateway. John Portman owned the building at the time, but given the depressed market it was not going to be redeveloped any time soon. 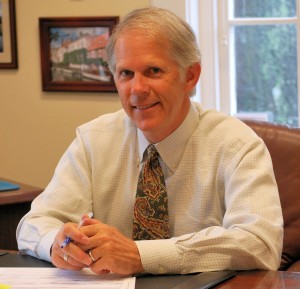 About this same time, homelessness began to be a growing presence on Atlanta’s streets, and the city — itself struggling financially — had done little up until that time to address the burgeoning problem.

Out of desperation and religious conviction, in 1990,` the Rev. Ed Loring and his wife, Murphy Davis, led a handful of other homeless activists into the building for a week long occupation to call attention to the plight of the homeless.

It soon became a front-page stand-off between Atlanta’s popular mayor, Maynard Jackson, and the determined band of activists. Mayor Jackson deployed his chief of staff, Shirley Franklin, to find a way to end the embarrassing crisis.

It turned into a cause célèbre. St. Luke’s Episcopal Church, just down the street, began sending over sandwiches and bottled water to sustain the squatters. Others joined the occupation — most of them homeless themselves — swelling the ranks to nearly 100 inside the decrepit building.

A week later, a deal was struck between Franklin and the Rev. Craig Taylor, advocate and executive director of a fledging nonprofit, Progressive Redevelopment, Inc. (PRI).

In return for their vacating the premises, Mayor Jackson signed a pledge to create over a thousand new “SRO” (single room occupancy) units for the homeless, beginning with a new building called Welcome House.

Pledge in hand, the occupiers disbanded, satisfied that progress would be made. Justice would be done for those who had so little. The momentum was picked up by PRI, which was chosen to work alongside H.J. Russell & Company to develop Welcome House.

But then nothing happened. To ensure that there would be no repeat of the recent urban drama, Portman Properties had ordered the building boarded up — with concrete blocks filling in the windows and doors of the first two floors.

Weeks went by, then months, with frustration building again. This time, instead of an occupation, street theatre was deployed. Buttons urging the mayor to keep his promise were printed and distributed widely.

An enormous banner was hung from the Imperial’s 9th floor window by several intrepid souls who somehow managed to gain access to the building in the middle of the night. The banner read, “Mayor Jackson: Keep Your Promise. Break Ground or Break in,” alluding to a threat to re-occupy the Imperial. Print and television media picked it up, and it appeared that a repeat confrontation was brewing.

The plan worked, and in 1992 Mayor Jackson caused real progress to be made on Welcome House. PRI began the laborious process of raising the capital and making the plans to develop, own and manage the property.

The Mayor presided over the grand opening. At that time, I had become PRI’s president, and I presented him with a photo of the threatening banner hung from the Imperial’s high window. Mayor Jackson demonstrated a sense of humor, and I stayed mum on the identities of the perpetrators of the media-savvy prank that helped to turn the tide.

Three years later, PRI returned to the Imperial, this time as a developer. The Olympics were coming to town and every corner was being spruced up in anticipation of hosting the world. There remained the problem of the Imperial — it still sat derelict and vacant.

PRI’s plan, presented to the new Mayor Bill Campbell, was to assemble multiple layers of financing to create another SRO on par with the Welcome House. However, the Imperial would be mixed-income, providing housing for the workforce in addition to a number of formerly homeless individuals.

The $10 million program was incredibly complex, requiring financing from every level of government and five different banks in order to execute the renovation while hewing to historically faithful standards. PRI assembled the team of Smith Dalia Architects and Gay Construction to carry out the renovation of a building that had been vacant for over twenty years.

While the political establishment was behind the renovation of the Imperial and its intended use, it remained to be seen if Portman Properties would oppose the plan. Though the company had lost the building the previous year to a Texas lender, their recently completed and magnificent tower at 303 Peachtree (now SunTrust Tower) loomed directly over the Imperial.

And so I paid a courtesy call on Portman Properties, represented at that time by A.J. Robinson and Virginia Gorday. After a friendly grilling, the Portman executives indicated that they would not stand in the way. The coast was clear — for a while.

The building was purchased for $1 million. However, in order to close on the remaining and multiple pieces of financing, PRI had to demonstrate that it had the necessary $10 million in funding committed, which meant having the company “bet the ranch” on the Imperial.

The final piece of funding was a contract to lease the building to ACOG — the Atlanta Committee for the Olympic Games. ACOG intended to house international journalists there, right down the street from its headquarters. With a deadline looming and tensions high, I waited on the call to come and execute the contract.

The call that did come was one that I did not expect. Late on a Friday night, ACOG called to say that they would not do the deal. With the documents due the following Monday, I was faced with having the building fail – along with PRI.

As a former banker turned occasional activist, I responded that if ACOG would not honor its commitment, then they could expect to have 100 homeless people demonstrating in their lobby on Monday morning. On Saturday, I was summoned into the ACOG offices and, after a blistering lecture, left with a signed contract. The deal was on — and PRI was still around to do it.

And so it came to pass that the Imperial was renovated to its former splendor, and 120 individuals moved in at the close of 1996. The Grand Opening that followed was a remarkable celebration of a resurrection story, demonstrating that people of good will and strong faith could make a difference.

Bankers and politicians, including Mayor Campbell, mingled with homeless folk that day, and all rejoiced at the beautiful building and the promise it held for many. The Rev. Ed Loring returned to deliver a thunderous sermon, and a special play called Stormy Road Onward (SRO) was commissioned as part of the celebration.

For almost 13 years, the building was both a good neighbor and an example of successful supportive housing. Beginning in 2007, however, the brutal increases in city water and sewer rates combined with skyrocketing property taxes crippled the building’s finances.

In the face of declining rents due to the recession and those rising expenses, PRI could no longer pay the mortgage. Despite having invested almost $250,000 of its own money to shore up the budget, PRI now is losing the building to its first mortgage lender, FannieMae — a sad irony considering Fannie’s government charter to facilitate affordable housing.

Given its special history, we know that this is not the end of the story. The Imperial will likely end up with a new owner—hopefully one that will continue the building as affordable housing. We will then celebrate yet another resurrection at the Imperial.