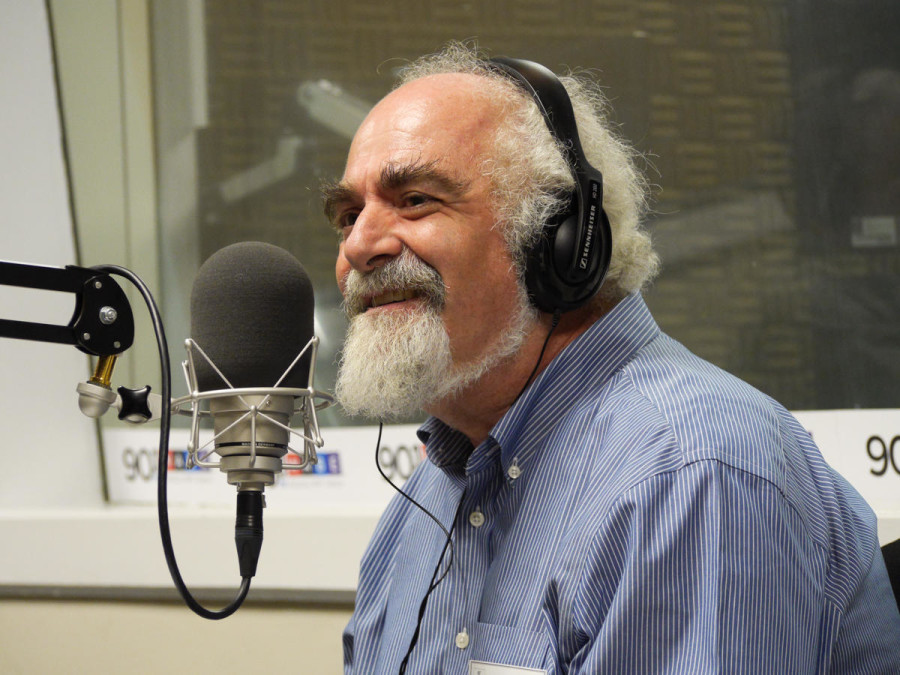 “In a dark place we find ourselves. . . . a little more knowledge might light our way.”  — Yoda

It was a north wind that carried Cliff Kuhn to Georgia in 1974. The son of an Ivy League family (Princeton), he was a fresh Yale graduate who decided to take up residence as a schoolteacher in Dr. Martin Luther King’s hometown. The civil rights movement’s legislative victories were still fresh, as was the nation’s involvement in a foreign war and the recent resignation of a president.

Atlanta, if not exactly a battleground, was certainly ground zero for the dream of building the beloved community. The city had just elected Maynard Jackson as its first black mayor. 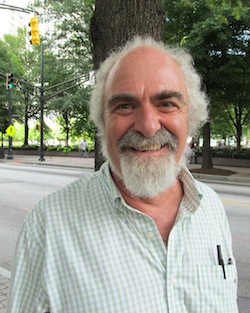 Not long after his arrival, Cliff became involved in WRFG, a community public radio station, known to listeners and staff as “Radio Free Georgia,” that already enjoyed a national reputation for its documentary work. Cliff worked tirelessly as a volunteer at first, gradually becoming more engaged in its research and production efforts.

What attracted him most was the station’s dynamic and creative approach to history, while his involvement with the city’s public schools must have added a reality to this outsider’s perceptions. With tape recorders, cassettes, mike stands and headphones, Cliff and his colleagues at Radio Free Georgia led the charge into Atlanta’s neighborhoods to discover (and recover) the voices of the city’s lived past: those of railroad workers, washer women, waiters, mill workers, firemen, barbers, policemen — not just the “white elite.”

The “Living Atlanta” documentary series, to quote Cliff, united “groups that historically have been splintered.” And why? “Only through an exploration of our past in all of its dimensions can we mature psychologically as a people.” Here was a profoundly felt belief that guided everything he did.

The highly successful series emphasized the interwar years, 1914 to 1948, and later Cliff, as well as Harlon E. Joye, the radio series’ executive producer, and historian E. Bernard West, gathered the choicest sections into a book that the University of Georgia Press published in 1990 (with a new edition in 2005), drawing the praise of none other than Pulitzer Prize-winning oral historian Studs Terkel.

Cliff’s next radio-program involvement helped tell the Atlanta story in the award-winning 13-part series Will the Circle Be Unbroken?, an epic that did for National Public Radio what Eyes on the Prize did for televised civil rights documentaries. Cliff’s efforts helped to push back the true beginnings of the modern-day civil rights movement to the pre-World War II era and the efforts of so many “ordinary” and forgotten heroes — long before the events in Montgomery and Birmingham.

Cliff had found his home. He married, and with Kathie Klein began a family, putting down roots in this New South town and coaching his two sons and their teams in soccer (and following the Braves — seriously, full-time).

Cliff’s experiences in the city seemed to have whetted an appetite for deeper knowledge and professional expertise. He went on in 1993 to obtain a Ph.D. in history from the University of North Carolina, where he also sharpened his interviewing and research skills (not to mention his instincts about the South). He seemed a natural, completing an outstanding dissertation that later became a book about Atlanta’s Fulton Mills labor strike of 1914-15.

He and Georgia State University enjoyed mutual good fortune when he accepted a job in the history department in 1994, inaugurating a second (or was it third or fourth?) career. 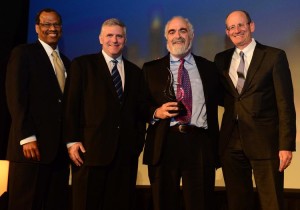 There, he applied himself in all-out earnestness to the relatively new discipline of professionalized oral history: teaching, training superb graduate students, interacting widely with the public, and in time establishing his standing in national and international conclaves of scholars. In 2013 the national Oral History Association named him their top choice as executive director (the organization’s first), and moved the organization to Georgia State. He had become not only a leader in his field but also one of oral history’s chief advocates and representatives worldwide. (Read his recent SaportaReport article on the history of oral history in Georgia.)

Around the city, Cliff was a familiar sight as he coursed through its downtown and back streets on his bike, a sturdy peddler with helmet, grey beard, a flashing smile, and a hand-wave that announced his passage (he once took a near-catastrophic tumble that involved a railroad track).

Of the many things he did, he will be remembered by us “locals” for his sterling (and often humorous) interviews with Steve Goss on WABE-90.1FM’s “This Day in History” series, and perhaps foremost for his work in helping unearth the story of the Atlanta Race Riot of 1906 (Cliff would call it a “white riot”).

Always part of a team, never grabbing the headlines, Cliff, and his colleagues, were thrust by the 1906 Race Riot project into an authentic movement of citizens and scholars uncovering and telling “the truth” about the city’s hidden past — the necessary foundation stone of an inclusive community.

Cliff died in the second week of November 2015 of a massive heart attack. He was at the height of an incredibly successful career, enjoying every minute of it (and going 100 mph), and in only his third year as executive director of the Oral History Association, where his influence had become international.

In addition to family, friends, students, and colleagues, this good, hardworking, ever-ready man leaves in his wake a massive trove of the people’s stories, including now his own.

“In a dark place we find ourselves,” Yoda put it. “A little more knowledge might light our way.” What a bright and living light is Cliff Kuhn.