Innocent Georgians should be able to have clean criminal record

By Guest Columnist DOUGLAS B. AMMAR, executive director of the Georgia Justice Project

I believe that the business community should support House Bill 402. This bill will help thousands of men and women in Georgia who are struggling to find work and support their families.

With the unemployment numbers released last week we know just how challenging it is for anyone to find a job in Georgia right now. It can be nearly impossible if you have a criminal record, even if you were never convicted.

This bill will address part of that problem by making it easier for people who have charges on their criminal history that did not result in a conviction to get back to work, becoming tax payers rather than tax burdens.

HB 402 was unanimously passed by a subcommittee of the Judicial Non-Civil Committee last week, with support from both Democrats and Republicans. Under the bill, arrests would automatically be deleted from an individual’s official Georgia criminal history if the charges were dismissed or not prosecuted, or if an individual is found not guilty at trial. 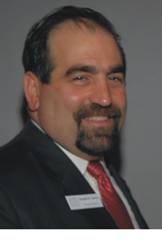 This automated system would replace our current process called expungement which is inefficient and costly. It costs $50 to get an arrest record expunged, more if you hire an attorney, and can take over a year. Many Georgians who are out of work can’t afford the fees and they can’t afford to wait.

Many people don’t realize that even if you aren’t convicted of a charge the arrest stays on your record indefinitely for employers to see. Studies have shown that employers overwhelmingly consider arrests even when charges were dismissed.

From the employer’s perspective this may be understandable – when you see a charge on an applicant’s criminal history a red flag goes up. Even though we believe in innocent until proven guilty, we don’t always know how to decipher these reports and how we can or should use this information.

This bill will alleviate that concern because only convictions and pending charges would appear on the report.

Our current expungement law was drafted in a time when our personal privacy couldn’t be violated by a quick search on the internet. Now it’s time for our laws to catch up with technology.

How many of us want a 20-year-old arrest which was thrown out for lack of evidence haunting us for the rest of our lives? Every day in the Georgia Justice Project office we talk to folks who are putting in employment application after application only to be told that an old arrest is the reason they are not hired. They don’t know where to turn for support. Our small office can only help a very limited number of people so we are supporting this change in the law that will help thousands.

Public safety is not at risk under this bill. In fact, I think the opposite is true. First of all, police officers and prosecutors will always have access to every arrest record as they do now even when charges are expunged.

Actually, public safety will be enhanced because unfortunately when an individual cannot find work they are much more likely to commit a crime. This is an opportunity to stop the cycle of crime and incarceration before it starts by removing a significant barrier to employment.

An additional benefit of this new automated process is that it will free up criminal justice resources. Currently each of the over 600 arresting agencies in Georgia has to accept expungement applications and individual prosecutors have to review them, this process diverts time and scarce resources from fighting violent crime in our communities, something we can’t afford to do right now.

In a time when we are making difficult decisions about spending and budgets, we need to support measures that will save money while reducing crime. I believe House Bill 402 does just that.