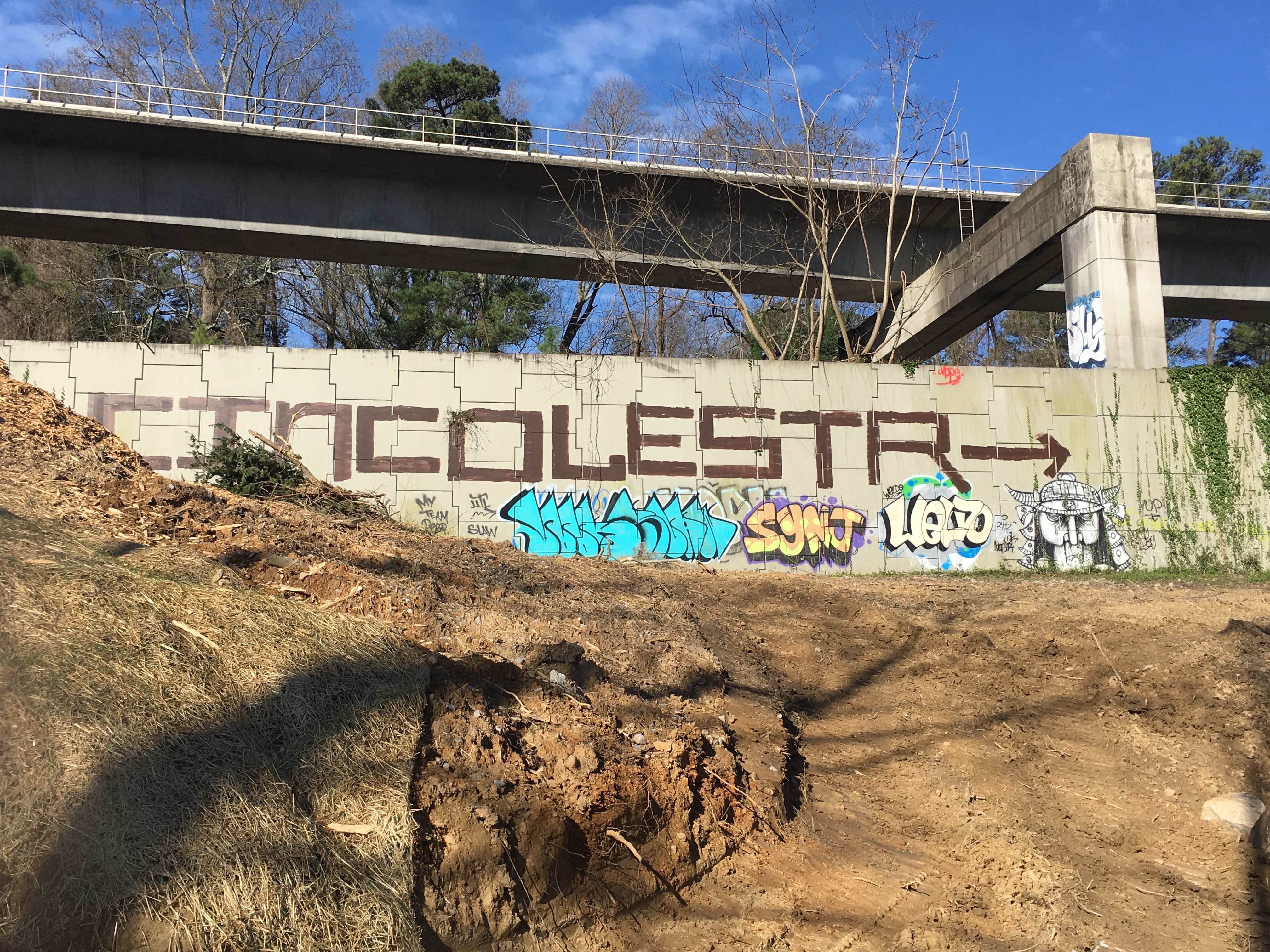 An artist is being sought to create a mural on this MARTA retaining wall along PATH400. Livable Buckhead is the sponsor and MARTA Artbound is providing $15,000 for the artwork. File/Credit: Livable Buckhead
Share81
Tweet
Share
Pin
Pocket
WhatsApp
Buffer5
Email
Reddit
86 Shares

It might be a dream job for a tagger interested in a major display piece in a high-traffic area along PATH 400. The job pays $15,000 and comes with a hard deadline of Oct. 19 – in time to be celebrated during the planned Oct. 20 sneak preview of a new segment of PATH 400. 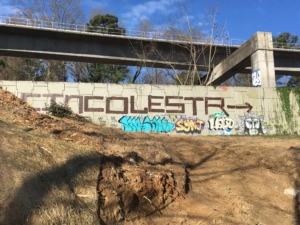 The future mural also speaks to the expanding role of graffiti in the visual experiences Atlanta offers. Once shunned as a sign of decay and quickly removed in portions of Downtown Atlanta, the artistic works of taggers/muralists have been embraced by business leaders from Little Five Points to Midtown to, now, Buckhead.

The client for this potential dream job is Livable Buckhead, the non-profit entity creating PATH400 from slivers of land in one of the city’s more densely developed communities. The parameters for the art project call for the artist to:

The financial backer is MARTA’s Artbound program. Artbound is funded with 1 percent of the transit agency’s annual budget, which MARTA’s board of directors established in 2016 and dedicated to art-related programs, activities and restoration projects.

The agency hosting the call for artists and the mural’s production is ABV. Greg Mike founded ABV and it’s located in a gallery/office along Auburn Avenue, where the show through Oct. 5 is titled, Paper Trail: An Exhibition of New Contemporary Works on Paper.

ABV specializes in producing what it calls, “striking visuals, installations, and experiences. From design to fabrication, we create unique and engaging work that stands out amongst the competition.”

The selection of ABV by Livable Buckhead speaks to the type of artwork that’s being sought in the effort to add public art to this portion of PATH400. 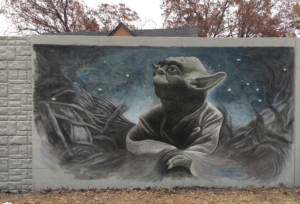 Livable Buckhead has experimented with murals previously along PATH400, including this image in chalk that was added to a section along the portion of PATH400 located between Old Ivy and Wieuca roads. File/Credit: Livable Buckhead

ABV’s urban flavor comports well with Livable Buckhead’s vision for a marquee visible to those who use the path or pass it on a MARTA train. It’s what Denise Starling, executive director of Livable Buckhead, had in mind when she described in July the role of graffiti in augmenting the experience of PATH400: 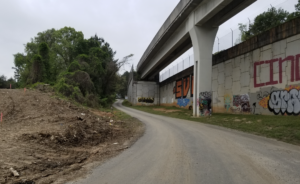 Taggers have already marked this wall along PATH400, and the presence of graffiti informs Livable Buckhead that this location is a logical spot for someone to paint mural-type pieces in keeping with Livable Buckhead’s guidelines. File/Credit: Livable Buckhead

Artists who want to be considered must submit a concise portfolio of work, a link to the artist’s website or Instagram account, a statement of vision, and proposed timeline to this page on ABV’s website.

Information about Livable Buckhead’s Party on the PATH is available on this page of the non-profit’s website.