One of Atlanta’s highest-profile companies – Intercontinental Exchange Inc. – held its annual shareholders meeting Friday morning, but the press was not allowed in the meeting.

ICE, the owner of the New York Stock Exchange, has the legal right to close off the meeting to the press.

But for a company that wants to play in the big leagues, it needs to start acting like the public entity that it is and open up its doors to the outside world.

Fortunately for ICE, there are any number of Atlanta-based companies it can study on how to operate.

The Coca-Cola Co., the Home Depot, SunTrust Banks – to name a few – open up their meetings to shareholders and all interested stakeholders. At its last meeting, Coca-Cola CEO Muhtar Kent even invited one of the most famous business leaders in the world – Warren Buffett – to join him on stage to talk about the future of the company.

Coca-Cola, aware that the shareholders meeting would have its regular vocal critics, is a master of knowing how to win over their shareholders – by inviting the press to cover event – thereby winning in the court of public opinion.

It’s a lesson that ICE should learn. Today it is a company that needs to have the public trust because it owns one of the most important financial institutions in the world. It has everything to lose and nothing to gain by trying to close the doors of its annual shareholders meeting to the business press. 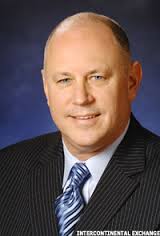 After the meeting was over, Kelly Loeffler, ICE’s senior vice president of corporate communications, marketing and investor relations, tried to explain the company’s position.

It should be noted that Loeffler’s influence at ICE holds even greater weight than her title given that she is married to Jeffrey Sprecher, the company’s chairman and CEO.

“We do webcast the meeting,” Loeffler said. “We put a tremendous amount of information in the public domain.”

She then mentioned all the documents that are available to the public – all legally required to be public thanks to the Securities and Exchange Commission.

But why was the meeting closed off to the press? 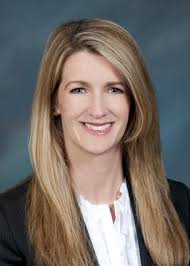 But Loeffler insisted that ICE, which is in its 10th year as a public company, is “pretty open to the press,” and that “we offer a lot of transparency of the meeting through our webcast.”

When asked how many shareholders were present for the dialogue between management, the board and auditors, Loeffler said there were about two or three.

“Part of the success of ICE has been establishing policies and consistently applying those policies,” Loeffler said. “If we don’t stick to the policies that we have established, that’s an inconsistent way to run our business.”

“We don’t believe the policy is wrong,” Loeffler said.

Again, ICE has now entered a whole new level of public accountability and interest given its ownership of NYSE. The company has a great story to tell, and there is no reason it should be closing off its meetings to the public.

Perhaps there is hope the company will change its “no press” policy at annual meetings.

“Our company is an evolutionary company,” Loeffler said. “Our policies have always evolved consistent with the environment that we operate in.”