Tens of thousands of people flocked to Atlanta Streets Alive, a car-free initiative of the Atlanta Bicycle Coalition, this Sunday, Sept. 28.

Last year, Atlanta Streets Alive attracted 83,000 participants.  That’s greater than the capacity of the Georgia Dome! And half of these participants arrived by bike.

Since the Atlanta Bicycle Coalition launched Atlanta Streets Alive in 2010, participation has quadrupled in size each year. According to a recent report, commuting by bicycle increased 126 percent in the city between 1990-2012. 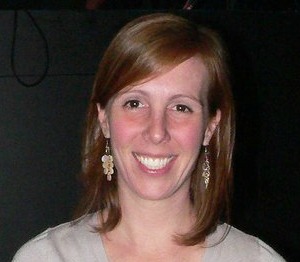 These cities aren’t investing in bike lanes so weekend warriors in spandex can zip around town. They’re doing so because it makes good business sense.

Young professionals demand bikeways because they are looking for new ways to connect and build community. Companies need bikeways to attract and retain talent. Protected bikeways appeal to parents, who want safer routes to school for their children. And they appeal to college students who rely on inexpensive and reliable transportation.

In Atlanta, bikeways improve access to MARTA stations and make streets safer and more predictable for drivers too. And bikeways appeal to older adults moving intown to live in active, vibrant communities.

Connected bikeways and the bike share program scheduled for 2015 will help visitors and residents fall in love with Atlanta in new, unexpected ways.

We have a unique opportunity to build a more livable Atlanta. The City of Atlanta is proposing a $250 million infrastructure bond to complete much-needed improvements and repairs to our city’s built environment, especially roads, bridges, sidewalks and community facilities.

The draft project list is impressive (map of projects) and already includes 12 “Complete Streets,” making streets safe and accessible for people on foot, bike, transit as well as by car, along with other important projects such as lighting for the Atlanta BeltLine.

The proposed project list, however, falls short when it comes to meeting the growing demand for bikeways.

In order to achieve the city’s ambitious goal of becoming a top 10 city for cycling by 2016 — by doubling our miles of bikeways and percentage of bike commuters — we need 15 percent of the proposed $250 million infrastructure bond dedicated toward bikeways and Complete Streets.

For $10 million we could build out a fantastic 30-plus mile bikeway network in the core of the city (based on the Cycle Atlanta plan), including a bike path along Lee Street connecting the West End to Downtown and Georgia State.

It would also include protected bike lanes on streets like Piedmont, and bike lanes connecting Midtown and Downtown with new intown developments like Ponce City Market and the Westside.

Instead of picking and choosing, let’s make every street on the project list a Complete Street.

Finally, the PATH400 Greenway Trail should be included on the list, to open up North Atlanta to active transportation opportunities, and connect to the Atlanta BeltLine.

Dollar for dollar, bike infrastructure is a win-win. We can rebuild bridges and add bike lanes to make them safer and more multi-purpose. We can shore up city buildings and add bike racks to encourage employees to commute to work by bike. We can invest in sidewalks and bikeways to create Complete Streets that serve more trips and more people than cars alone ever could. Bikeways are one of the best investments in our city’s future.

We have a choice. Either we continue building more of the same, or we can design for the future and reap the rewards for decades to come. Let’s invest 15 percent of the bond for bikeways.

The public has been invited to comment on the draft infrastructure bond list at public meetings, and the final one is Tuesday, Sept. 30 at Piedmont Hospital – Shepherd Center, Callaway Auditorium, 7th Floor, 2020 Peachtree Road NW at 6 p.m.

If you can’t make it to the public hearing, take a look at the list and make your comments online by visiting the map.