Much has been asserted about the economic benefit of deepening Savannah’s harbor – some of it highly speculative and contradicting official analysis by the U.S. Corps of Engineers.

One thing is certain: the project’s price tag of $625 million is no chump change in today’s budgeting world. Given the political emphasis on responsible government spending and anticipated cuts in a host of federal and state programs, objective assessment must outweigh wishful thinking in public discourse and related government expenditures.

We should consider the supreme importance of evaluating all viable options in spending tax dollars for economic recovery, and beyond that, to support sustained prosperity over the long-term. In forming the required perspective to ensure responsible decisions, a comprehensive approach is utterly essential. 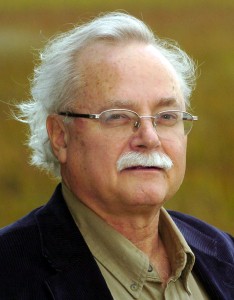 An important but underexplored area of assessment involves worldwide port development trends and emerging methods for moving commerce most efficiently. According to informed students of these issues, regionally centralized transshipment facilities have become the state-of-the-art in port planning and design, and they’re already being applied throughout most of the world.

The eastern U.S. is one of the few regions not already being served by such a facility. Here, the tradition of smaller ports competing for federal funds, each in turn incrementally indulged at great public expense, has remained the norm. This is largely because, under current practices, funding for the Corps – which recommends projects for Congressional approval – is based on the number and cost of projects it is required to plan and administer.

Thus, a series of harbor projects, no matter how costly or environmentally disruptive, rewards the Corps with more funding than would a smaller number of better considered projects.

There are multiple ports along the southeast coast vying for mega-ship traffic that will result when the Panama Canal is opened in 2014. Norfolk (already at 50 feet in depth), Charleston, Savannah, Jacksonville, and Miami. Of these, only Miami has the potential to become a hub port of the scale needed to serve the entire Southeast.

Given modern methods and foreseeable options for shipping, handling, storing, and transferring commerce across the globe, a single well-planned hub mega-port serving the entire Southeast appears to be the wisest investment of limited tax dollars.

Under such an arrangement, other ports would continue to support economic sub-regions by accommodating ships of a size they are already capable of serving. Likewise, distribution centers would continue to be located as required to serve their respective sub-regions, at the necessary scale and capacity.

Looking ahead, the prospects of shifting to greater use of upgraded rail transport instead of less efficient, highway-dependent and fossil-fuel burning trucks for landside movement of goods would also favor a port-hub alternative.

Using rail would compensate for greater transport distances traversed with faster, safer, and less polluting methods for moving commerce across the landscape. At the same time, transfer of large volumes of commerce to and from a train is far more efficient than using a massive number of individual trucks.

Unfortunately, none of the above analysis has been incorporated into the lengthy but incomplete assessment of the Savannah harbor expansion done by the Corps in the draft Environmental Impact Statement, released a year ago. Their position is that the Corps was charged with analyzing only the pros and cons of deepening the Savannah port, not a broader assessment of multiple ports and other options.

Yet, to be eligible for federal funding, port projects must reflect national economic interests. Surely national objectives, such as optimizing the use of tax dollars in support of economic recovery and diversification, must include a broader exploration of options and implications.

To realize regional and national economic potential and to remain globally competitive, America can no longer afford political trade-offs and parochial, short-term thinking that result in squandering hundreds of millions in government spending.

It is time for preparing a multi-state port development strategy, bringing an end to serially pork-barreled port projects.