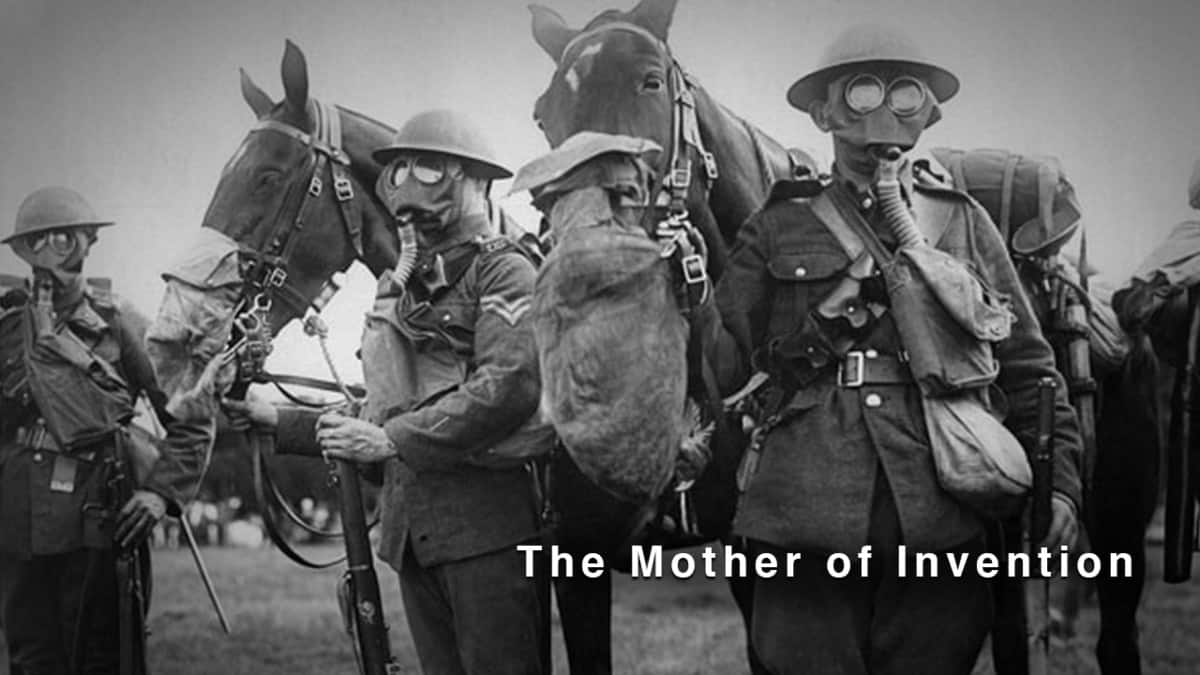 Necessity is the “Mother of Invention.” Not much to argue with there. If it weren’t for necessity there would never have been a MacGyver. The crew of Apollo 13 could probably tell you a thing or two about the motivation provided by necessity. And we’re pretty sure that if it weren’t for necessity, Ron Popeil might never have invented the Pocket Fisherman, the Veg-O-Matic or the phrase “set it and forget it.”

It is, therefore, not surprising that some of the most fertile ground for invention has come during wartime. If ever there was a time of necessity, war must surly be that time. And with apologies to Edwin Starr, it turns out that war actually is good for something.

The list of inventions that came out of wartime is impressive to say the least: canned food, soy sausages, the ball point pen, microwave ovens, instant coffee, superglue, the internet and the Twinkie are some that can trace their origins to a wartime necessity.

But it isn’t just inventions that the necessity of war spawned. Music, graphic design, fashion, language and our very way of life have been greatly influenced over the years by a necessity that arose during wartime. If you doubt this, consider for a moment that twice a year almost everyone in the United States participates in a practice that directly came from a World War One necessity. A necessity that is illustrated in this week’s Stories of Atlanta.