By Guest Columnist JEREMY GARLINGTON, an executive leadership consultant who lives in Atlanta

Which came first: The leadership chicken or the egg? Based on what’s been unfolding in recent weeks, there are a lot of eggless chickens right now who won’t cross the road.

The “nation’s political leadership” seems like an oxymoron with emphasis on the third and fourth syllables. For those who don’t want to count syllables, just start reading from the ‘m’ forward.

Metro Atlanta is a slightly different story – at least on the surface. Local government hasn’t shut down, which means trash gets picked up and schools remain open.

Meanwhile several leadership positions, including Atlanta Public Schools superintendent, remain either unfilled or in future question. Mayor Kasim Reed, backed by deep pockets in the business community, has publicly vowed to throw bags of money to fill the vacant superintendent position.  The idea that money paid to a perceived savior will solve everyone’s problems speaks volumes and may generate an answer to the lead question.

Conventional hiring wisdom for big jobs remains wedded to the idea that offering lots of money to highly qualified candidates means they will throw themselves at the job. And that once the highly paid applicant is in the job, then everything will be hunky dory.

There’s only one slight problem with this logic. It’s fundamentally flawed. Here’s why: 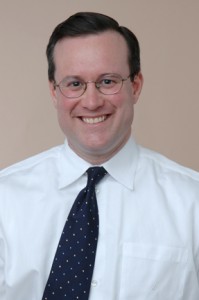 Great leaders, or those showing potential to become strong leaders, don’t work for money. Sure they get paid handsomely sometimes. But if you ask the really good ones what motivates them, money isn’t first on the list. UGA football coach Mark Richt is one of the state’s top paid employees. Does anyone honestly think he’s coaching at that level for money?  Money may get someone’s attention, but in the long run, those who are only motivated by compensation tend to flame out.

Brand name leaders assess, reform and build systems first based on the talent at hand — then they go find the resources necessary to close the gaps. Wise ones don’t try dramatic change overnight unless the situation requires doing so.

When the Coca-Cola Company was veering off course under CEO Doug Daft in 2004, board members turned to former executive Neville Isdell to get things back on track. Former Home Depot CEO, Bob Nardelli, currently a candidate for the Office Depot CEO position, ran into opposition when he tried to overturn a strong culture without regard to whom it may be impacting, including former owners, Arthur Blank and Bernie Marcus. Attentive observers can recall how much that experiment cost.

It’s all about understanding what the situation requires vs. throwing around sweeping gestures and  rhetoric that only obfuscates need.

Leaders build relationships and set bars that can be exceeded, not torn down via a divide and conquer mindset.

New MARTA General Manager Keith Parker may have his hands full getting the region’s transit system up to par. But at least you don’t hear pipe dreams that can’t be achieved without cooperation between the state and metro Atlanta.

The late Maynard Jackson, Atlanta’s first black mayor, could always remember a constituent’s name; he didn’t have handlers on PDAs to remind him who someone was. That’s a lost art in today’s leadership age. It’s hard to build real relationships when you don’t know someone’s name, or worse, where that person is from or what their story tells.

For new leaders to succeed, governance needs to set a strong tone yet it often doesn’t even register. The unclear APS governance structure is heavily politicized and has been historically divided by race for generations.

Instead of making big sweeping statements, Mayor Reed would be wise to focus on how the board rebuilds the system as it searches for a new chief executive. This is drudgery, but it is important work.

The larger metro Atlanta region needs better governance, too. Last year’s TSPLOST failure was the triple whammy of unpopular idea meets lack of galvanized support vs. motivated opposition. The region can’t afford another leadership failure of that magnitude. Can it?

That brings this list to a final point. Effective public leadership is so much about perception vs. performance now that it takes a while to figure out just what the heck happened — or what was actually done. History takes more time to be written than a Tweet. In the meantime, here’s a final question for those still reading: Why did the duck cross the road? Because he didn’t want to be the chicken.