MARTA’s Beverly Scott has been chosen as the new general manager of Boston’s MBTA, according to the State House News Service on the website of WBUR, Boston’s NPR news station.

The Massachusetts Department of Transportation board voted unanimously to hire Scott following public interviews with Scott and her fellow finalist, Dwight Ferrell, MARTA’s COO. Ferrell had been a finalist to succeed Scott as MARTA’s general manager, but he did not make the cut to the final two candidates.

Scott will begin her job running one of the top five transit systems in the country on Dec. 15, almost the exact date of when her five-year contract with MARTA runs out. According to WBUR, Scott will earn $220,000 a year under a three-year contract. 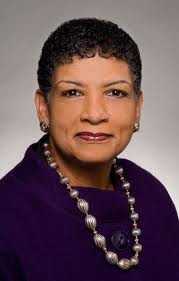 Still, that does not mean that MBTA is without its challenges. The WBUR station story stated that she will take over an agency “teetering from fiscal problems rooted in heavy debt and coping with expansion demands as well as a backlog of maintenance needs that have gone unaddressed due to insufficient funds.”

The station asked Scott about her vision for the MBTA. She said that stabilizing the agency was her first goal. Then Scott said she wanted to position to the transit agency for “tremendous growth” in the Boston region. “I’ve always said I’m basically pretty much of a startup, fix-up, turnaround, transition person,” she said.

Throughout her tenure at MARTA, Scott expressed a willingness to work with other transit agencies in the region to create a regional transit governance entity. She also said it did not matter to her whether the successor agency include the MARTA name, which she admitted had some baggage. “Call it Fred,” she would jokingly say.

Scott, who has 30 years in the transit business, also said that after the MBTA job, she would retire.

“This is the one where I’m going to end up,” Scott said. “This is really a tremendous opportunity. The T is absolutely just an unbelievable regional asset, one for the state as well as one for this nation.”