By Tony Peters, BCID Director of Capital Projects and Programs

As the calendar turns from May to June, the Buckhead Community Improvement District (BCID) is prepping to kick off several major construction projects in the coming weeks and months. When you read the latest updates below, you’ll likely notice a common theme: these projects are slated for major thoroughfares in Buckhead’s central business district. We are coordinating construction schedules to minimize traffic tie-ups as much as possible, but there are likely to be some times when multiple streets will be affected. Stay connected to the Buckhead CID’s and Livable Buckhead’s social media channels for frequent project updates.

Transforming Peachtree from “Traffic Sewer” to a Complete Street

In the early 2000s, we began the Peachtree Complete Street project to redevelop what we have called a “traffic sewer” into an attractive, complete street. The project includes adding granite curbing and medians, hardwood trees, seasonal color landscaping, wide sidewalks, bike lanes, modern lighting, buried utility lines, street furniture and turn lanes at signaled intersections. The first phase of the project, which runs from GA 400 to one block south of Piedmont Road at Maple Drive, was completed in 2007. The second phase spans from GA 400 to the intersection of Roxboro Road and Peachtree Road and was completed in 2012. The CID looks forward to when the third and final phase from Maple Drive to Shadowlawn Avenue will begin construction in early summer of this year.

In the meantime, we will be completing the construction of the streetscape improvements begun last year in the Buckhead Village where we have added much-needed pedestrian facilities and streetscape elements including sidewalks, pedestrian lighting and street trees to the area bounded by Roswell Road, West Paces Ferry Road and East Andrews Drive, as well as new stormwater infrastructure along Roswell Road and East Andrews Drive. The construction on this project will be fully complete by late fall of this year. 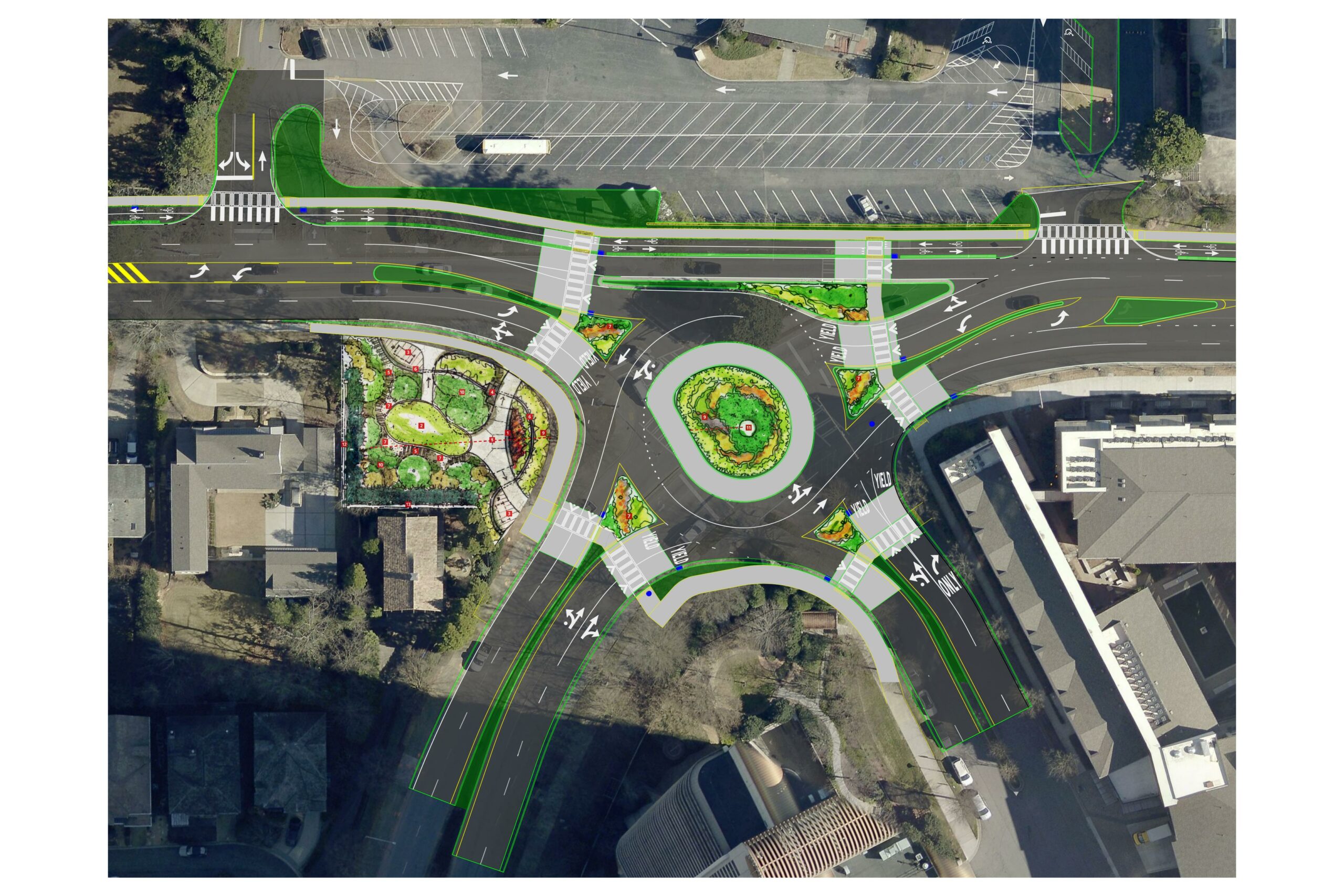 We are in the right-of-way acquisition phase for the first multi-lane roundabout in the City of Atlanta.  The Buckhead CID is excited to partner with the City of Atlanta Department of Transportation to deliver this safety improvement to the Phipps Boulevard-Wieuca Road intersection behind Phipps Plaza, and we expect to be under construction later this fall.

Another complete street project is currently planned for Lenox Road, fulfilling the first phase of the action plan laid out in the Lenox Road Scoping Study completed in 2017. This project, Lenox Road Complete Street Phase I, will create a multi-use trail to resemble a boardwalk, or linear park, along the west side of Lenox Road between Peachtree Road and the Lenox MARTA Station on East Paces Ferry Road. We are currently in the right-of-way acquisition phase and construction will begin fall of this year.

Due to our ability to advance conceptual design and engineering, and move projects to ultimate construction, the Atlanta Regional Commission awarded the Buckhead CID and our sponsor partner, City of Atlanta, $4 million in federal funds to go towards the construction of Lenox Road Complete Street Phase III. Engineering design of this project, which spans Lenox Road from Phipps Boulevard to Piedmont Road, will commence in the third quarter of this year.

A Path on Piedmont

The Piedmont Road Complete Street project from Peachtree to Lenox roads will increase efficiency for people that walk, people that ride bikes and people that drive cars. The project will add a 10- to 12-foot-wide multi-use path on the west side of Piedmont, and the added travel lanes will help process vehicles more effectively, ultimately calming traffic. Construction will begin in early 2022.