As time has gone by since the announcement that former U.S. Senator Sam Nunn had been selected as the inaugural winner of the Ivan Allen, Jr. Prize for Social Courage, it has become more and more apparent that he was the ideal recipient.

And by the time that Georgia Tech had completed two full days of symposia, research presentations, and celebratory luncheons on March 14 and 15, 2011, it was obvious that this was a brilliant choice.

The parallels between Ivan Allen, Jr. and Sam Nunn are quite notable, but not well known or discussed until the presentation of the Prize for Social Courage. 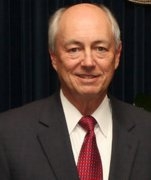 Both men came from families with a very strong sense of civic duty and engagement. Ivan Allen’s father was a civic stalwart in Atlanta in the early 1900’s, while Sam Nunn’s father was mayor of his modest, model middle-Georgia community.

Ivan Allen’s father was a Chamber of Commerce man and one of the founders of the Rotary Club of Atlanta, an incubator and supporter of many civic improvements in Atlanta for 98 years.

In addition to positive role-modeling from his father, Sam Nunn tells stories with relish of Thanksgiving visits from his Uncle Carl Vinson, a Congressman from Georgia for 50 years and longtime powerful Chairman of the House Armed Services Committee.

Both of these legendary leaders matriculated at Georgia Tech. They were good students, fully engaged in campus leadership activities and benefitted from that valuable and powerful network of alumni who have risen to positions of business and civic leadership with regularity.

Both Ivan Allen, Jr. and Sam Nunn are consistently described as bright, selfless, modest, plain-spoken men of profound character who worked on serious issues that were so difficult that many of their peers chose to bypass them in favor of flashier, easier matters of public policy.

But what is so truly remarkable is their gradual change over time to even greater, transformative vision. Neither change was sudden or startling, but slow and controlled as consistent with their personality. Steady and deliberate.

Ivan Allen, Jr. went from his place in society as a patrician Southerner, a man of his time who did not challenge the way of life that existed in the South for generations – the legalized inequities between blacks and whites.

A defining moment came when his father passed the mantle of leadership to his namesake. He told his son that his generation must face up to the thorny issue that his own had failed, sometimes referred to politely by people of that era as “the race question.”

At great personal peril and risk, Ivan Allen, Jr. went from his traditional place in Southern society to be the only white-elected official from the South to testify in favor of the Civil Rights Act of 1964. He stood boldly on the twin pillars. knowing in his heart that it was the right thing to do, and that it would be good for Atlanta — differentiating the city from its peers of the time which were standing firmly to preserve “our way of life.”

Sam Nunn moved from being a self-described “Old Cold Warrior” to being uniformly identified around the globe as the tireless champion for the complete elimination of nuclear weapons. In taking on this seemingly intractable issue after serving in the U.S. Senate for 24 years, he displayed considerable courage and risked alienating many traditional supporters and ideological friends.

In both cases, the President of the United States played a role in their decisions to serve as champion for a risky cause.

In the case of Ivan Allen, Jr. the history is clear and well-documented. President John Kennedy made a specific request for the Mayor of Atlanta in office for only two years to testify before Congress for the proposed Public Accommodations Law.

In the case of Sam Nunn, the record is less clear, for it only is a few months old and history is yet unwritten. But we do know that President Barrack Obama said publicly and enthusiastically in a videotaped greeting at the Prize ceremony that Senator Nunn played a pivotal and crucial role in the recent ratification of the START Treaty, and that the President was personally most grateful.

These two giants of leaders of our time did not suddenly wake up one day changed men, they moved along a continuum of growth and awareness. Their personal change produced transformational change in the nation and world.

Dr. Jacqueline Royster, Dean of the Ivan Allen College of Liberal Arts at Georgia Tech described it elegantly as a “migration” from a traditional safe position to an out-front, personal position that was unpopular in some quarters and involved considerable sacrifice.

Incredible similarities from two great Georgia Tech men who changed the world. Those similarities made Sam Nunn the perfect choice for the inaugural Ivan Allen, Jr. Prize for Social Courage.