J-Js go the way of the smoke-filled room, without a new name for them 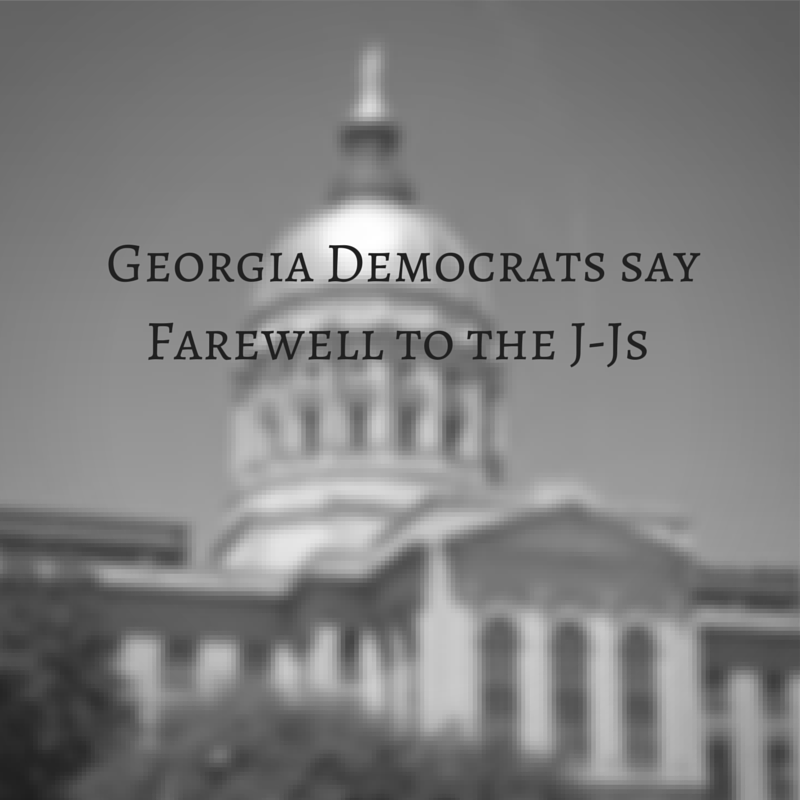 Writing about politics over the past few decades, I’ve been to my share of J-Js, as Jefferson-Jackson Day dinners are known among regular attendees in several states.

No matter where they are, they’re big banquet hall affairs, intended to get the elected, the ambitious, the supportive and the loaded under the same roof and shoulder to shoulder, with cash bars and political rhetoric for lubricants. Democratic presidential hopefuls make the rounds of each state party’s J-Js, adding journalist interest to the events. But the real business of J-Js is to put candidates for offices low and high in touch with the lobbyists and party patrons who might open their checkbooks to them, and to bankroll the state parties themselves.

State parties tinker with the names of these annual dinners all the time. In Connecticut, it had been changed to the Jefferson-Jackson-Bailey dinner, honoring a longtime party official. But after the Charleston church shootings, state officials decided they no longer wanted the party dinner named after two slave-holding presidents, Thomas Jefferson and Andrew Jackson.

“You can’t change history, but you don’t have to honor it,” said said Connecticut party chairman Nick Balleto.

The Democratic parties in Georgia, Missouri and Iowa have since followed suit, and several other states are on course to do the same. The J-J, it appears, is going the way of the bloody shirt and the smoke-filled room.

The shift from identifying with two of the party’s foundational icons, Jonathan Martin wrote in the New York Times, represents “one of the most consequential trends of American politics: Democrats’ shift from a union-powered party organized primarily around economic solidarity to one shaped by racial and sexual identity.”

It also reflects a modern tendency to which the party has become prone, that of gravitating toward semantic, symbolic change, such as defining an act as a hate crime or bringing down the Confederate battle flag, as a substitute for real change, such as doing something about guns.

It’s this tendency which gives the Trumpian reaction to political correctness such bite. Voters, wherever they are on the ideological spectrum, understand that much of the political debate they’re being invited into is about naming things, not changing things.

In this case the big problem isn’t the name of the dinners, it’s the dollars they bring in. The Democratic Party has suffered much more at the state than the national level. That means many of the corporate financiers of the political system in their states don’t feel as much obliged to attend as they once did.

There’s nothing necessarily wrong about changing with the times, but it’s worth noting that only Missouri, which has Harry Truman to fall back on, has come up with a new name for its dinner. The Democrats have been faster in deciding what they aren’t, than they have about what they are. If racial and sexual identity are what they’re about, what about straight white men, who have been voting in droves for the other party?

If the Democrats are no longer a union-powered party organized around economic solidarity, the Republicans, whatever their fringes, remain very much a business-powered party organized around economic solidarity, which at the state level gives them a tremendous advantage when the goal is getting lobbyists to buy tables at a banquet.

The Republican equivalent to the J-J used to be called the Lincoln Day dinner, which didn’t sit very well in the party’s new Southern base. After Ronald Reagan’s death, a few states changed their event’s name to the Reagan Day dinner, but the Georgia Republican Party wussed out and named its event the President’s Day dinner.

You could argue that this was smart, however, because when you get to tinkering with names and history, there’s no end to it. It also means the Democrats are going to have to come up with another ambiguous name for their dinner, and hope they can sell tickets to it.