The Georgia runoffs were the most significant statewide elections ever, national political consultant James Carville said in an exclusive Zoom conversation on Jan. 15.

“I would like to be challenged on this, the Georgia runoffs were the most significant statewide elections since, and I’m struggling to fill in the blank.,” Carville said.

And it wasn’t just the run-offs when two Democrats – Raphael Warnock and Jon Ossoff – won seats in the U.S. Senate beating Republican incumbents that gave Democrats control of the U.S. Senate. 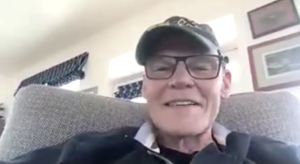 “Georgia has 16 (electors) so it’s the biggest unpredictable state in the presidential election, so that’s huge,” Carville said. “It determined the whole of the United States Senate, you don’t get any bigger than that. Never in history have you had two people running that determined control. The difference between having 50 and 49 is, as I said to quote Mark Twain, is the difference between lightning and a lightning bug. You can say without hesitation, reservation or equivocation that Georgia was the single most important state in the entire 2020 cycle.”

The interview with Carville was a follow-up to our conversation in July after Georgia held a disastrous primary election on June 9, and Carville challenged metro Atlanta’s business community to make sure Georgia held fair elections on Nov. 3. Although Carville is a Democratic strategist, he said his appeal was nonpartisan.

After the dual U.S. Senate run-offs on Jan. 5, I wanted to hear Carville’s views on how Georgia performed.

Carville was joined by his close friend, Keith Mason, on the Zoom call to share their wisdom and insights. Both Mason and Carville worked together on Zell Miller’s campaign for governor in 1990 and on Bill Clinton’s campaign for president. Mason served as Miller’s chief of staff, and he served in the Clinton administration.

The state’s business community did get engaged and helped ensure Georgia’s ability to hold two fair elections (Nov. 3 and Jan. 5) that were in the national spotlight, Carville said.

“Doing the right to vote is a safe place for them to be,” Carville said. “Corporate America says one of the things that we’re interested in is protecting and expanding the franchise, who’s going to get mad at you?”

“Every corporate marketer is looking more for the people that are in a democratic coalition – younger people, nonwhite people,” Carville said.

Mason, a native of Gwinnett who was an attorney at Dentons and is now a national infrastructure advisor and real estate investor, gave Georgia leaders high marks on how they handled the elections.

“Georgia made tremendous strides in how they conducted the election in November versus what happened in the primary in June, where we had all these bad national stories about how we could not run an efficient election,” Mason said. “Georgia was in the limelight, nationally. James and I saw that. We thought Georgia’s business community has a great opportunity to step up and provide leadership to help our state run a good, fair and efficient election so that every vote is counted.” 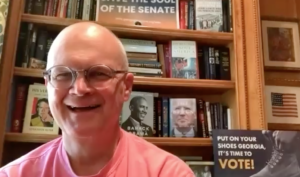 Mason mentioned several efforts, including the launch of Georgia Support the Vote, a nonpartisan coalition formed by the business and civic leaders and co-chaired by Republican Eric Tanenblatt of Dentons and Democrat Michelle Nunn, CEO of CARE. The Georgia Chamber of Commerce, the Metro Atlanta Chamber and GaVotingWorks.org, a nonpartisan effort to mobilize Georgia businesses to get engaged in preparing for elections. Businesses launched a campaign to hire tech-savvy poll workers, among other initiatives.

“I talked with senior officials at a number of the companies, that were deploying their employees to work in the elections process in support of the operation,” Mason added. “We have some of the top brands in the country. And we’re a booster-ism kind of state,” Mason said. “We have made our mantra of public leadership to be – social progress means economic progress. So, we can’t have something that’s not in support of social progress, like people’s right to vote.”

Carville credited Stacey Abrams, founder of Fair Fight, for bringing attention to the issues of voting rights and voter suppression in Georgia to the forefront.

After the riots and takeover of the U.S. Capitol on Jan. 6 by insurgents who wanted to overturn the 2020 presidential election, corporate America took notice. Many companies froze their political contributions, including several Georgia companies: Coca-Cola, UPS, Aflac, PulteGroup and WestRock. 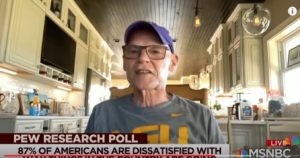 “You’re starting to see companies have now limited political donations,” Carville said. “They’re part of America and they have to be responsive to what’s going on.”

When asked how Georgia’s elected leaders responded, including Gov. Brian Kemp and Secretary of State Brad Raffensperger, Carville put it in context. The taped conversation between Trump and Raffensperger the Saturday before the run-off showed how heavy-handed the president was in directly telling election officials to find 11,780 Trump votes so he could have a one-vote victory in Georgia over Biden. Raffensperger told the president he had to go with the votes that were cast.

“To do anything else would have been to put them at risk of violating the law and getting into a lot of trouble,” Carville said of Raffensperger, who added that parents must have raised him right. “It’s amazing where somebody becomes a hero in America for counting votes. That’s executing the most basic function in a democracy… But he stood up to Trump because it was just a law. (The president) was asking him to break the law and he said, ‘Sir, I can’t do that.’”

As far back as 2018, Mason said Republicans were worried about Georgia going blue. They were more concerned than the Georgia Democrats were optimistic. But Mason said he used his home county – Gwinnett – as an indicator. If Democrats won by 60 percent in Gwinnett, Mason said Biden would win. Biden won the county by 58 percent, and the Democrats won the Senate races by more than 60 percent.

Interestingly enough, Mason and Carville said Ossoff and Warnock would not have won if only one of them had made the run-off. 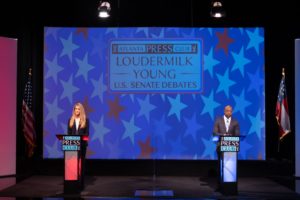 “You cannot underestimate the significance of having both of them on the ballot at the same time,” Mason said. “That was huge. I think one on one, the Republicans probably would’ve won, each one of them. Having them up there at the same time, having two months of Trump pushing them all around, tell them the vote didn’t matter in Georgia, it wasn’t fair, it wasn’t accurate, all which played to the Democrat’s advantage.”

Traditionally, Republicans win run-off elections in Georgia. If the state had not had run-offs, Republican Sen. David Perdue would have won in November with 49.7 percent of the vote.

So, will there be an effort to do away with run-off elections in Georgia?

Carville does not believe that would be successful because television stations would “lobby down in Atlanta like you’ve never seen before.” Between the general election and the runoff, it is estimated the Senate campaigns spent nearly a half billion dollars, much on television advertising.

Asked about whether attempts to change and restrict Georgia’s voting laws would be successful in the 2021 General Assembly, Carville said it was unlikely – even though Republicans recognize the state’s demographic trends are working against them.

Still, Carville expects Georgia Republicans “to go after the vote by mail because that’s where the Democrats did the best.”  Claims of fraud produced “zero evidence,” but he expects attempts will be made because “their own survival depends on them limiting the franchise.” 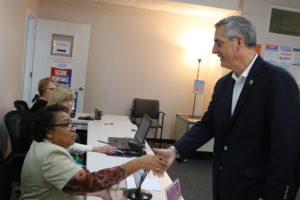 When asked what messages they wanted to give Georgia voters, both spoke with pride.

“Georgia can be proud of how it came through this,” Mason said. “The fact that we stood on the side of the law is important. We had our issues, but the leadership backed up the law.”

“Whenever you live in a state and it’s in the limelight and the light gets shone on it, and it comes out looking good, that helps everybody,” Carville said. “Corporate Georgia is like: ‘Hey, we got through this thing. It could’ve gone the wrong way and it didn’t. Not only did we dodge a bullet, but we got a medal.’”

Runoffs, overshadowed so far, could be key to both parties’ future