After nearly nine years leading the Atlanta chapter of the Urban Land Institute, Jeff DuFresne is leave to establish his own real estate and portfolio management consulting firm.

But DuFresne said Thursday evening, during a reception at the Georgian Club, that he will continue to be involved with ULI Atlanta as an active member.

“We have been very entrepreneurial,” DuFresne said about his tenure with the organization, creating several new programs and partnerships. 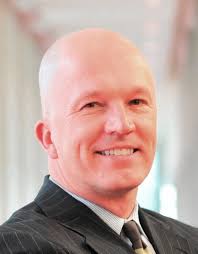 During his leadership, ULI established the Center for Leadership, which has become a model program for other district councils across the country; it has developed a series of well-attended Urban Marketplace events; launched the Awards for Excellence program and put together several Technical Assistance Panels in the communities in the Atlanta region.

“He has indeed left ULI Atlanta better than when he arrived,” Allman wrote to ULI Atlanta members in an email notifying them of the transition. “We are most thankful for his service. We will miss Jeff’s leadership but wish him every success as he begins a new chapter in his career.”

At the Thursday evening reception for a debriefing of the LINK trip to Philadelphia, Allman said the transition plan will involve the naming of an interim executive director, most likely early next week.

“Then we will engage in a search in conjunction with the national ULI organization,” Allman said. “It’s a great position.”

Currently, ULI Atlanta has about 900 members in the metro region. The Atlanta district also has taken over responsibility for six states in the Southeast.

Allman said that as the economy has improved and developers are beginning to become more active in Atlanta, ULI has become as important as ever.

“The issues of importance in the built environment – what constitutes good land-use and how you develop thriving communities – are central themes of the organization, and they are at the forefront,” Allman said, adding that demographic trends are favoring walkable urban developments – which ULI has been promoting for years.

“It really is a transformative time,” DuFresne said.