In a specially-called meeting, the board of Public Broadcasting Atlanta (WABE 90.1 FM AND ATL PBA) Tuesday selected Jennifer Dorian, a 20-year veteran of Turner Broadcasting and WarnerMedia, as its new president and CEO.

Dorian, who will begin her new role Jan. 11, will fill the spot of Wonya Lucas, who served as PBA’s CEO from 2015-2020. Lucas recently joined Crown Media Family Networks as president and CEO.

Scott Woelfel, who served PBA as interim CEO throughout the search process, will continue in his role as chief content officer.

Dorian said she looks forward to applying her experiences at Turner to build audience engagement and bring in new revenues at PBA. 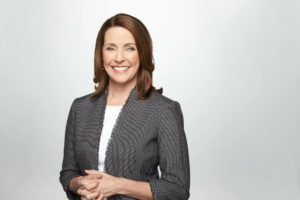 Before accepting a buyout from WarnerMedia parent AT&T in January, Dorian had numerous roles with Turner Broadcasting serving as vice president of branding for TNT, chief strategy officer for Turner Entertainment Networks and most recently as general manager of Turner Classic Movies.

During her tenure at TCM, Dorian developed and launched a TCM lifestyle business portfolio that grew fan engagement via events, travel, and partnerships that generated new revenue for the channel. Prior to joining Turner, she held leadership positions at the Coca-Cola Co. and Pizza Hut.

In her new role, Dorian plans to leverage PBA’s role as the only public media focused on the metro Atlanta market of six million people.

“We want to tell stories of Atlanta,” Dorian said. “That’s how we will put ourselves on the national map.”

Dorian acknowledged that WABE is a stronger part of the portfolio than the television station – ATL PBA. But she sees that as an opportunity for the station to do more local programing across multiple platforms. “It’s been the outcome resource challenges,” Dorian said.

She said she will rely on Woelfel to run the newsroom while she will seek to build audiences and raise more revenue for the stations.

“I understand the separation of church and state,” Dorian said. “I have never worked in a newsroom or worked for a news brand. But I’ve grown up in the newspaper business.”

Dorian’s grandfather, Claude Easterly, was newspaperman, and her father, David Easterly, who began as a reporter and had a “meteoric” rise with Cox Enterprises, serving as publisher of the Atlanta Journal-Constitution and later as a top executive of Cox.

Woelfel said he had considered becoming a candidate for the top role at PBA, but decided it was so focused on fundraising, and that wasn’t his strong suit. Instead, Woelfel, who had a long career with CNN, became a member of the search committee, which unanimously selected Dorian after the BoardWalk search firm reviewed nearly 300 candidates.

Dorian will bring new attributes to the station because of her willingness to bring new ideas to public media and to find new revenues to support the mission.

“The magic for us is going to be to focus on Atlanta in ways local news organizations are not doing,” Woelfel said.

Andrew Feiler, PBA’s board chair, said the organization has come a long way over the last decade.

Between dealing with the pandemic and a CEO transition, it’s been an interesting tenure.

“But we can be a lot more,” Feiler said. “We were looking for a leader who could help us realize the enormous potential we have to grow with Atlanta. She has a vision for PBA that is innovative. One thing that resonated with me is her desire to be engaged in civic work.”

Dorian, 54, moved to Atlanta when she was 12. She has been active in the community, serving on the boards of the Atlanta BeltLine Partnership, the PATH Foundation and the Atlanta Music Project. She also was a co-founder of GeorgiaVotingWorks that rallied the business community to support the 2020 election process.

Dorian holds a Master’s of Business Administration from the University of Texas at Austin and a Bachelor’s degree in economics from Emory University.

She has also been recognized by Women in Cable Telecommunications (WICT) with the Horizon Award as well as one of their “Women to Watch,” and was named as one of Brand Week Magazine’s “Brand Builders.” Dorian was also recognized as Working Mother Magazine’s “Working Mother of the Year” in 2017.  Most recently, she received a Lifetime Achievement Award from the American Marketing Association Atlanta chapter.