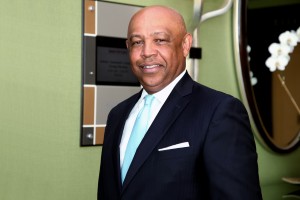 John Grant, CEO of 100 Black Men of Atlanta, will soon become the executive director of the new “Celebration Bowl.”

Grant, who has led 100 Black Men of Atlanta for 14 years, will be leading the new post-season college football bowl game, owned and operated by ESPN Events. The inaugural Celebration Bowl is scheduled for Saturday, Dec. 19 at the Georgia Dome, and it will air live on ABC at noon. 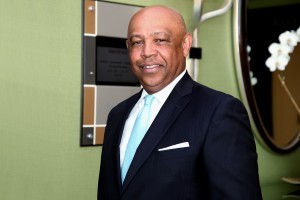 Grant, who will bring his leadership skills to the new event, joined the organization in 1988 at age 30 – becoming the 100 Black Men of Atlanta’s youngest member. Among his myriad awards and accolades, Grant recently was selected as an inductee into the Atlanta Convention and Visitors Bureau’s 2015 Hospitality Hall of Fame.

“John has long been committed to the Atlanta community, and we are excited to have him lead our efforts with the Celebration Bowl,” said Pete Derzis, senior vice president, ESPN Events. “He has demonstrated his leadership and guidance with the 100 Black Men of Atlanta for over a decade, and he has great passion for the tradition and legacy of Historically Black Colleges and Universities.”

Grant serves on several boards including the Atlanta Sports Council, Atlanta Convention and Visitors Bureau, Central Atlanta Progress, Georgia Humanities Council, Emory University Center for Ethics and the National Wildlife Federation. He also served on the working committee and advisory board for the Center for Civil and Human Rights along with the Early Learning Commission for the United Way.

“I am looking forward to leading a new tradition of celebrating the best in HBCU football with the Celebration Bowl,” Grant said. “ESPN leads the way in delivering the best college football experience, and we look to build a longstanding tradition of uplifting the African American community and the significance of HBCUs with a game that will kick off the college football bowl season in Atlanta.” 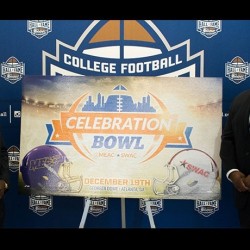 The news of Grant serving as executive director of the Celebration Bowl follows the announcement that 100 Black Men of Atlanta is teaming up with ESPN to promote the new best-in-class HBCU football post-season bowl game.

“We are excited about our multi-year relationship with ESPN,” said Bill Lamar, chairman of 100 Black Men of Atlanta.

Because of the extensive planning behind launching the Celebration Bowl, Lamar said that 100 Black Men forego the 2015 Atlanta Football Classic.

“We see a new horizon in the world of HBCU football and look forward to beginning a new tradition with ESPN,” Lamar added. “Our organization is committed to mentoring and educating our black youth, and this bowl game gives us yet another opportunity to innovate in the arena of HBCU sports while supporting our community.”

As it did with the Atlanta Football Classic for almost three decades, the 100 Black Men of Atlanta will manage the game’s ancillary events, including a Youth Symposium, Robotics Showcase, College Fair, Job Fair and Fan Experience.

ESPN’s Derzis said that the Celebration Bowl will “build on the tradition and legacy of black college football,” and the he’s “excited to work with the 100 Black Men of Atlanta in building a quality post-season experience for not only the MEAC and SWAC but for the Atlanta community…. We hope that fans across the country will take advantage of this experience.”

According to people familiar with the situation, it is expected that Grant will continue to live in Atlanta when he assumes his new role.