When he was in Atlanta, Knapp was founder of the Southern Institute for Business and Professional Ethics in 1993. Later that evolved into the Center for Ethics and Corporate Responsibility at Georgia State University’s J. Mack Robinson College of Business.

Knapp left Atlanta in 2008 to be the founding director of Samford Universities Frances Marlin Mann Center for Ethics and Leadership in Birmingham. He also served as a professor of ethics and leadership.

The board of trustees of Hope College unanimous elected Knapp as its 12th president on March 25. He will begin his new post on July 1.

Mary Bauman, chair of the trustees, noted that Knapp is ideally qualified to build on the strengths already present at Hope, a heritage enhanced most recently under the leadership of President James Bultman, who will retire at the end of the school year after serving since 1999.

“We are thankful for the outstanding contributions of President Bultman and we believe that Dr. Knapp will build on that incredible legacy,” Bauman said.  “Dr. Knapp is the right leader for Hope College at this time in her history.  Never before has it been more important to equip our students for lives of leadership and service in a global society.” 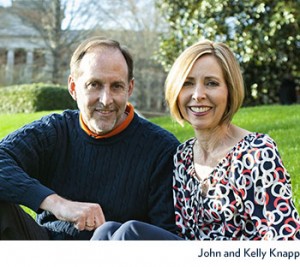 Knapp said he is excited to have the opportunity to serve as president at a college that he feels offers students the strongest combination of academic excellence and Christian character in the nation.

“In our complex global society where change seems to be the one constant, an educated person must know how to learn, think critically, take multiple perspectives and apply new knowledge,” he said.  “A Christian liberal arts education adds substantial value by helping students grapple with the greatest questions facing them and their world.”