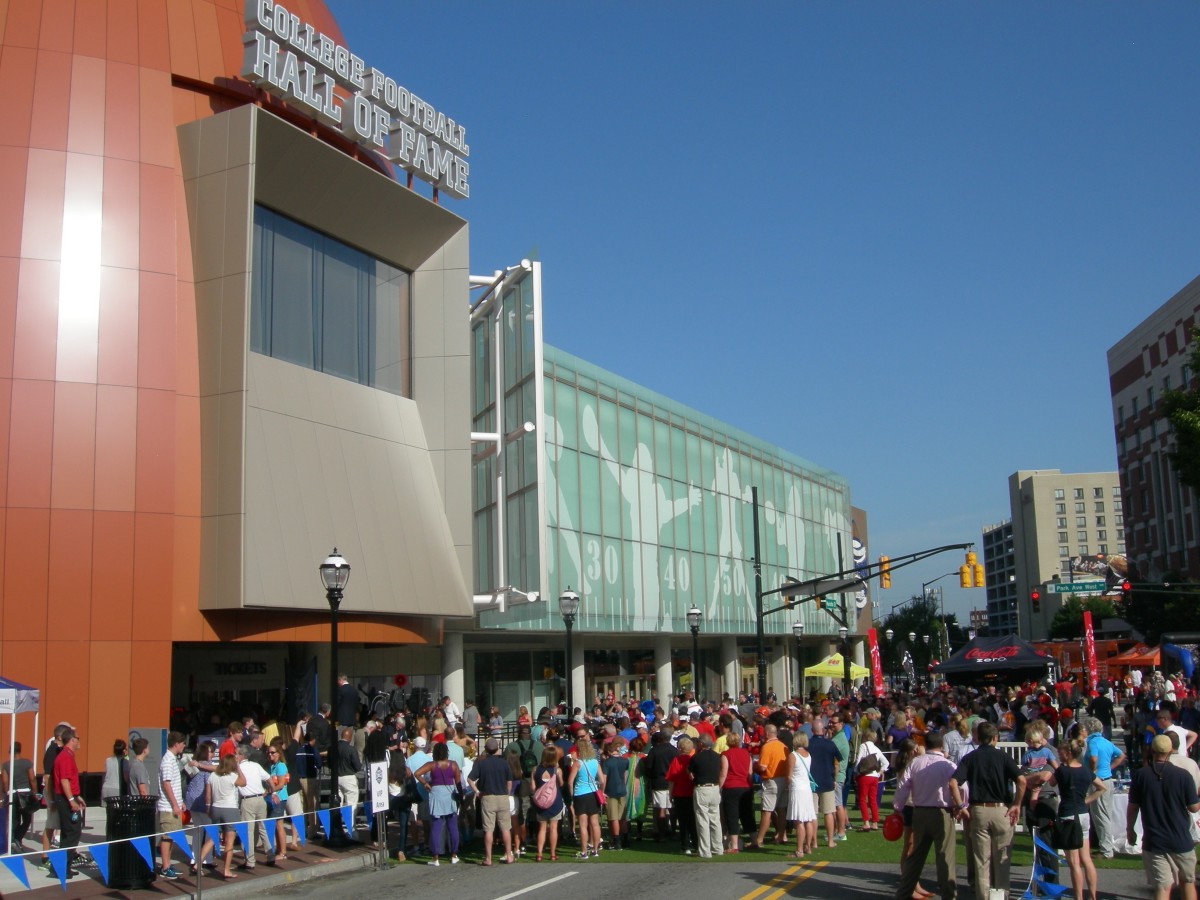 John Stephenson Jr., the founding CEO of the College Football Hall of Fame, is leaving his post to become director of strategic partnerships and special projects for Chick-fil-A, Inc.

Stephensen has been involved with the College Football Hall of Fame since its inception, first serving as its legal counsel and then as its president and CEO. The Hall, a $68.5 million attraction with 94,256 square feet, opened in August of 2014.

John Christie, who also was involved with the Hall since its early days, has been named the interim president – beginning Nov. 9. Christie has been serving as executive vice president and chief operating officer of the Hall until now. A national search will be conducted for a new CEO. 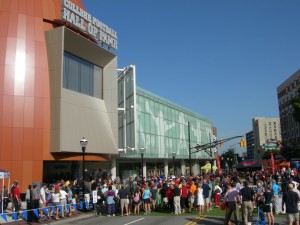 The College Football Hall of Fame on opening day on Aug. 23, 2014 (Photos by Maria Saporta)

“Under John Stephenson’s leadership, the Hall team has delivered an amazing new attraction that is a true gift to the sport of college football and to college football fans everywhere,” said Archie Manning, chairman of the National Football Foundation. “I am proud to call him a friend, and we wish him success in his new venture.”

Carrie Kurlander, a spokeswoman for Chick-fil-A, said the company sought Stephenson for the newly-created position to help CEO Dan Cathy implement and oversee a number of strategic partnerships – such as the company’s involvement in helping improve the Westside of Atlanta.

Cathy and Chick-fil-A were instrumental in the development of the College Football Hall of Fame. 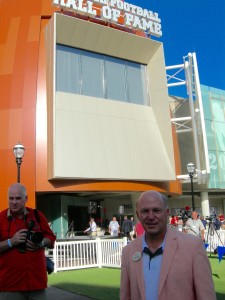 Dan Cathy, CEO of Chick-fil-A, at the opening of the College Football Hall of Fame

“John Stephenson worked diligently on the Hall of Fame relocation to Atlanta from the project’s inception. His leadership has been exemplary,” said Murry Bowden, chairman of Atlanta Hall Management, the company established to develop and operate the Atlanta-based attraction. “We will miss him, but wish him well in his next endeavor toward greater accomplishments.”

Bowden went on to say in a prepared release that “John Christie has been an influential part of the College Football Hall of Fame from our initial phases of the move to Atlanta to the opening of one the premier attractions in the country. This handoff will be a seamless one.”

Among other successes in its first year of operation, the facility has garnered numerous national awards for architecture, design and museum experience, hosted hundreds of events, ranging from 150 to 3,500 guests, and starting this December 10, will be the new home of the Home Depot College Football Awards Show, historically staged at Disney World, which will be broadcast live worldwide on ESPN.

“I cannot adequately express how grateful I am to have been able to work with the amazing men and women that made the Hall of Fame vision a reality for our great city and state,” said John Stephenson in a statement. “The Hall’s business is in good shape as we graduate from the ‘development’ and ‘opening’ phases of this project into ongoing operation of this amazing attraction.   The timing is right for my family and me to take advantage of this new opportunity and to make room for long-term leadership at the Hall.” 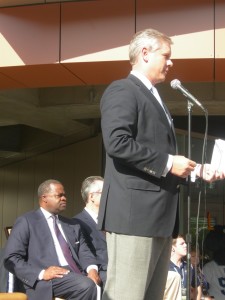 Prior to joining the Hall, Stephenson was a corporate partner at the law firm of Troutman Sanders LLP, serving a number of clients in the hospitality, sports and entertainment industry. His initial involvement with the Hall project was as its chief outside legal counsel.

“I am humbled by the trust the board has placed in me to lead the Hall forward into this next phase of operation,” Christie said. “Together with our team we will deliver on the vision for the future.”

Previous Article
Colorful Language by Kelly Jordan
Next Article
It was unusual, unheard of and it happened in Atlanta