After years of having an all-male board, Aaron’s Inc. has added a second woman to its board of directors — Kathy Betty, an Atlanta business woman who is the former owner of the WNBA Atlanta Dream.

She joins Cynthia Day, the CEO of Citizens Trust Bank, on the Aaron’s board. Day joined the board in 2011.

“Kathy’s deep knowledge of business management and entrepreneurism will be a tremendous asset to our board,” said Ronald W. Allen, CEO and president of Aaron’s Inc. “She has achieved outstanding success through her many different business ventures and remains well connected throughout the Atlanta community and beyond. We are pleased to welcome her to our board and look forward to drawing upon her expertise as we continue to grow and progress.”

Betty was one of the first female partners with Ernst & Young and helped develop the methodologies for the practices of performance improvement and reengineering. She later served as executive vice president and partner with ScottMadden, Inc. and launched her own incubator company — the Tradewind Group. 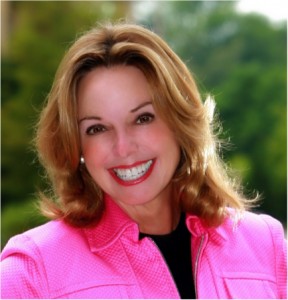 In 2009, Betty became the first woman in Atlanta history to own a professional sports team after purchasing the WNBA Atlanta Dream and saving the franchise from being moved to another city. After bringing a couple of other Atlanta-based investors, she ended up selling all her interests in the team in September 2011.

Betty also was inducted into the YWCA of Greater Atlanta Women of Achievement in 2011. She also received the

Cool Girls 2011 Pink Empowerment Award and was selected by the Atlanta Business Chronicle as one of the 100 Most Influential Atlantans.

Betty serves on the boards of the Children’s Healthcare of Atlanta Foundation, YMCA of Metropolitan Atlanta, Carter Center Board of Councilors, and the Alexander-Tharpe Fund, Georgia Institute of Technology.

Betty is the second director added to Aaron’s board this month. The company announced on Aug. 9 that Hubert “Herky” Harris Jr., the former CEO of Invesco North America, was also elected to join Aaron’s board.

By the way, Aaron’s used to have a woman on its board — Coca-Cola’s Ingrid Saunders Jones — who served from 1995 to 2005. But when she resigned as a director, the company had an all-male board until last year.

Aaron’s Inc. — the nation’s leader in the sales and lease ownership and specialty retailing of residential furniture, consumer electronics, home appliances and accessories — has more than 1,985 Company-operated and franchised stores in 48 states and Canada. Founded in 1955 by entrepreneur and current Chairman R. Charles Loudermilk Sr., Aaron’s is headquartered in Atlanta. The company has been publicly traded since 1982.