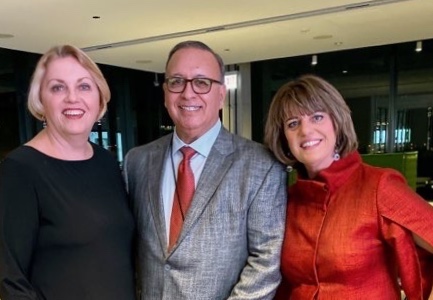 Former Atlantan Kelly Dolan will become the next president and CEO of the Chicago-based Ronald McDonald House Charities on Dec. 8.

Dolan will succeed Sheila Musolino, who is retiring after seven years with the organization. She was named CEO in December 2015. 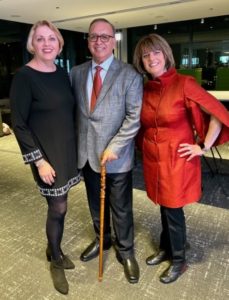 Before moving back to her hometown of Chicago, Dolan spent nearly three decades in Atlanta working for several nonprofit organizations.

A little more than three years ago, Dolan decided to move back to Chicago to be closer to her aging parents, and she quickly got a job working as chief development officer for RMHC, and a year later the nonprofit added the role of chief marketing officer.

“It was so fortuitous,” said Dolan, who said she’s had an opportunity to “look under the hood” of the organization. “The more I get under the hood, the better it looks.”

RHMC Chicago headquarters oversees a global network of 260 chapters in 65 countries and regions around the world. The

“Last year, we saved families $930 million in food and lodging internationally,” Dolan said of RMHC, which provides wrap-around services for families with an ill or injured child. The houses provide a place where families can stay to be close to their loved ones. The nonprofit also provides mobile health services to children in underserved communities.

When she becomes CEO, Dolan will oversee about 70 employees at the headquarters. When one includes all the international chapters, RMHC has a total of 7,000 employees around the world.

“The big story is that we have 536,213 volunteers worldwide,” Dolan said. “That’s how we drive the organization. We’ve had to suspend our volunteer programs during COVID. But the staff has really stepped up to heroic levels.”

Dolan said Musolino had been thinking about for retirement, and the board began doing succession planning. 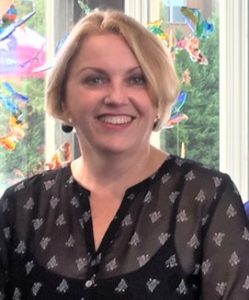 “They decided they were satisfied with the work I’ve been doing,” Dolan said. Then she laughingly added: “It was a three-year interview.”

Over the next several months, Musolino and Dolan will focus on ensuring a smooth transition of leadership.

“We are going to have a five-month transition period,” Dolan said. “That’s kind of unheard of in the nonprofit sector. It’s a good thing.”

RMHC also announced the appointment of Janet Burton to chief operating officer, effective immediately. Burton has been with RMHC since 2002, and in her new role, she will be responsible for leading the strategic direction for all administrative and operational functions of the organization.

“On behalf of the entire RMHC board of trustees, I would like to thank Sheila for her dedicated leadership, passion for family-centered care, and decades of service to RMHC and our founding mission partner, McDonald’s,” Steven M. Ramirez, chair of the RMHC board, said in a statement. “The moves for Kelly and Janet reinforce the depth and organizational strength of the RMHC infrastructure.”

Meanwhile, Dolan said she has stayed connected with people in Atlanta.

“I feel like I have a dual passport – Chicago and Atlanta,” Dolan said.