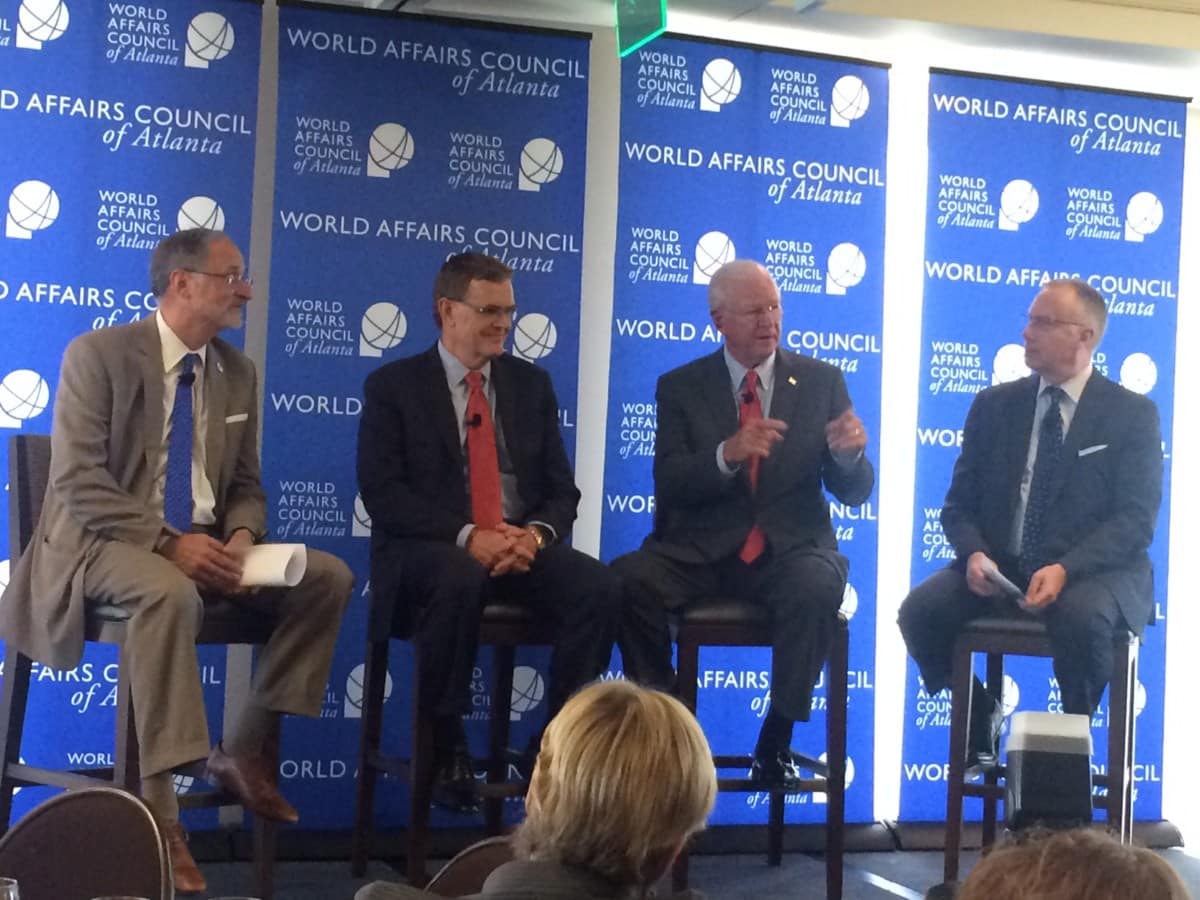 The best hope to pass the Trans-Pacific Partnership trade agreement will be during the lame duck session of Congress, top business and government leaders said at a lunch program organized by the World Affairs Council of Atlanta. 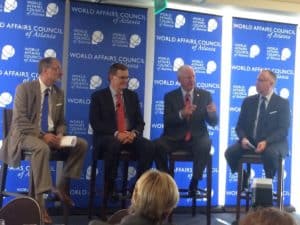 The lame duck session will occur after the November general election but before the new President and the new Congress take office.

“We have to be the adults in the room,” said Reed, who added that contrary to public perception, the deal is not a job killer but a job creator. “We have been negotiating this deal for five-and-a-half years,” Reed said. “If we don’t pass it this year, it’s highly unlikely that a President Clinton or a President Trump would be able to pick up this agreement.”

Reed also borrowed a quote from Gordon Giffin, an Atlanta attorney who served as the U.S. Ambassador to Canada during the administration of President Bill Clinton, who was present at the lunch.

That is certainly true of President Barack Obama, who confirmed his support for the TPP by sending draft legislation to Congress last week, according to Robert Holleyman, deputy U.S. Trade Representative. 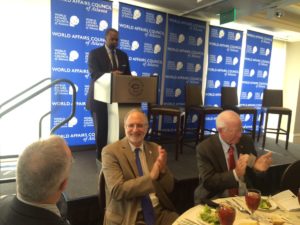 “It will drive economic growth and job growth to the United States, and it will promote higher wages for the United States,” said Holleyman, who added that the agreement would have enforceable environmental and labor standards. It also has provisions to open up trade opportunities for small and medium-sized businesses, and it includes provisions for the digital economy.

“This is as close to a perfect agreement you can get given that no agreement is perfect,” Holleyman said. “China is not part of TPP. “(China) is negotiating its own agreement that does not have the standards this does…. Many of the countries have gone out on a limb. It would be a terrible thing if we didn’t fulfill our part of the bargain.”

“Is this a perfect agreement? No. No trade agreement is perfect,” Chambliss said. “There a void out there right now. If we don’t fill that void, it’s going to be filled. China knows the seriousness of this.”

Dave Abney, CEO of Atlanta-based UPS who also serves on the President’s Export Council, expressed the urgency of getting TPP passed. He said it is amazing “anytime you can get 12 countries to agree about anything,” and that it probably is the best chance the United States will have to build its economic relationships with the 11 Pacific countries that were part of the negotiations.

“This is as good a trade agreement as I’ve ever seen,” Abney said. “I believe this can be done by the end of the year. (But) it’s going to take work of everyone who believes in free trade.” 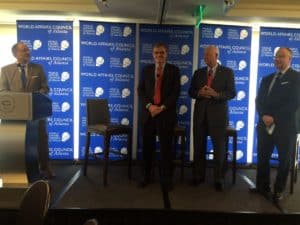