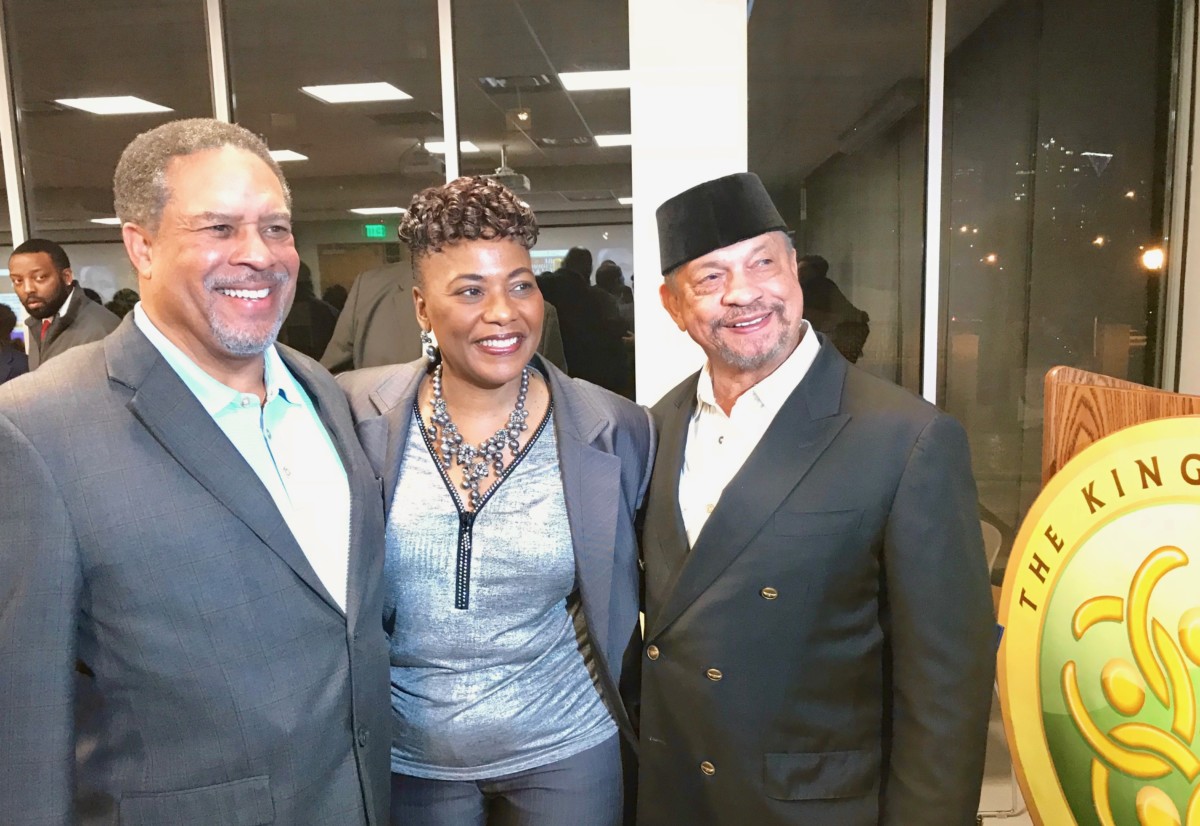 Bernice King, CEO of the King Center, on Tuesday evening kicked off the series of events honoring her late father – Martin Luther King Jr. – during his birthday week.

A day earlier, during a trip to Atlanta, President Donald Trump signed legislation to turn the King Historic District into an expanded National Park. 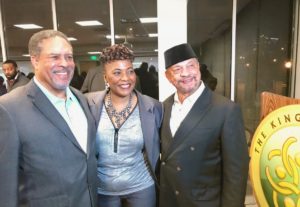 “This act will increase the capacity of all of our collective efforts to preserve the shared work and vision of both Dr. Martin Luther King, Jr. and Coretta Scott King,” Bernice King said in a statement. “On behalf of my brothers and the King Center, we are thankful to President Trump for this signing.  Fifty years after our father’s assassination and 50 years after our mother, Mrs. Coretta Scott King — without skipping a beat — assumed the mantle and marched our movement forward by establishing the King Center, we are once again witnessing the historical magnitude of the King legacy.”

She went on to say that this moment is particularly significant because “the Martin Luther King, Jr. National Park will be the first National Park that honors an African-American. It also fulfills my mother’s dream of the King Historic District becoming a full-fledged park; and realizes her vision of including in the designated area the original building for the Southern Christian Leadership Conference, the organization that Dr. Martin Luther King, Jr. co-founded and for which he served as the first President.”

Lewis issued the following statement about the new act.

Throughout his life, Dr. King urged each and every one of us to recognize the dignity and worth of every human being. He was my friend, my mentor, and my big brother, and I never expected to have the honor and privilege of representing his place of birth and the spaces where he planned a movement – which changed the face and trajectory of our nation – in the U.S. Congress.

For many years, I worked with my congressional colleagues and the National Park Service to preserve these Atlanta landmarks and to enhance visitor experiences and services at Dr. Martin Luther King, Jr. National Historic Site located in Georgia’s Fifth Congressional District.

A few years ago, the Prince Hall Masonic Temple decided to donate land in historic Sweet Auburn to the National Park Service to ensure that the story of Dr. King and the Southern Christian Leadership Conference, which he founded, could be better shared and preserved for future generations.

In addition, the National Park Service wanted to improve the presentation of the historic landmarks, which are integral to Dr. King’s legacy and Atlanta’s role in the American Civil Rights Movement.  These changes required an Act of Congress.

I am so proud that we were able to work in a bipartisan, bicameral manner to establish Georgia’s first National Historical Park in Dr. King’s name and legacy before what would be his 89th birthday and the 50th anniversary of his tragic assassination.

I hope that this moment will serve as a reminder of the constant work to realize Dr. King’s dream of building the Beloved Community — a community at peace with itself and our neighbors.

“The National Park Service hopes to make this observance of the Martin Luther King Jr., National Holiday one that deeply honors and serves Dr. King’s life and legacy as a “day on” rather than a “day off,” Forte said.

Among the schedule of events:

Om Friday, Jan, 12, 2018 from 10 a.m. to noon, an educational program will be held in the Heritage Sanctuary of Historic Ebenezer Baptist Church in celebration of Dr. King’s 89th birthday. The program will include storytelling by a member of the King Family.

At 11 a.m. on Friday, Gov. Nathan Deal will host a tribute to King on the North Wing of the Georgia State Capitol. The keynote speaker will be religious civil rights leader Gerald Durley. 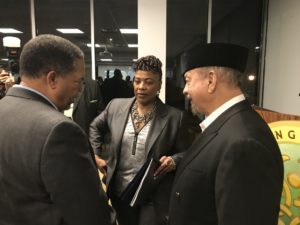 On Saturday, Jan. 13, from 9 a.m. to 1 p.m., the  Volunteer Day of Service will begin under the canopy of the National Park Service Visitor Center. Many  volunteers have already registered to participate in a variety of beautification and preservation projects on the National Historic Site campus.

That evening, the King Center will hold its annual Salute to Greatness Awards Gala at the Hyatt Regency Hotel. U.S. Sen. Cory Booker (D-N.J.) will receive the individual award, and Chobani will be the corporate honoree.

On Sunday, Jan. 14 from 4 p.m. to 6:30 p.m., there will be an artistic concert tribute at the King Center in the Yolanda D. King Theatre for the Performing Arts located in Freedom Hall. The concert will feature an array of artists, honoring Dr. King’s 89th birthday through music, song, dance and spoken word.

On Monday, Jan. 15, – King’s actual birthday which is also the National King Holiday this year – there will be special programs in the park throughout the day.

The Martin Luther King Jr. Annual Commemorative Service will take place from 10 a.m. to 1 p.m. at Ebenezer Baptist Church. Bernice King will be the keynote speaker this year., and both Lt. Gov. Casey Cagle and Atlanta Mayor Keisha Lance Bottoms will deliver greetings during the program.

A couple of other highlights of the program will include comments from Javier Palomarez, president and CEO of the Hispanic Chamber of Commerce., and Rev. Robert Wright Lee VI, a descendent of Confederate leader Robert E. Lee.

At 2 p.m., the annual King Week Holiday March and Rally will begin at the corner of Peachtree Street and Auburn Avenue.

Bernice King said there will be a variety of events that will lead up to April 4, which will have even greater symbolism this year because it is the 50th anniversary.

The fact that now the King District has become a National Park is even one more reason to view 2018 as an especially important year.

“I am encouraged today as we are still witnessing the fact that the arc of the moral universe is long,” Bernice King said. “But it really does bend towards justice.” 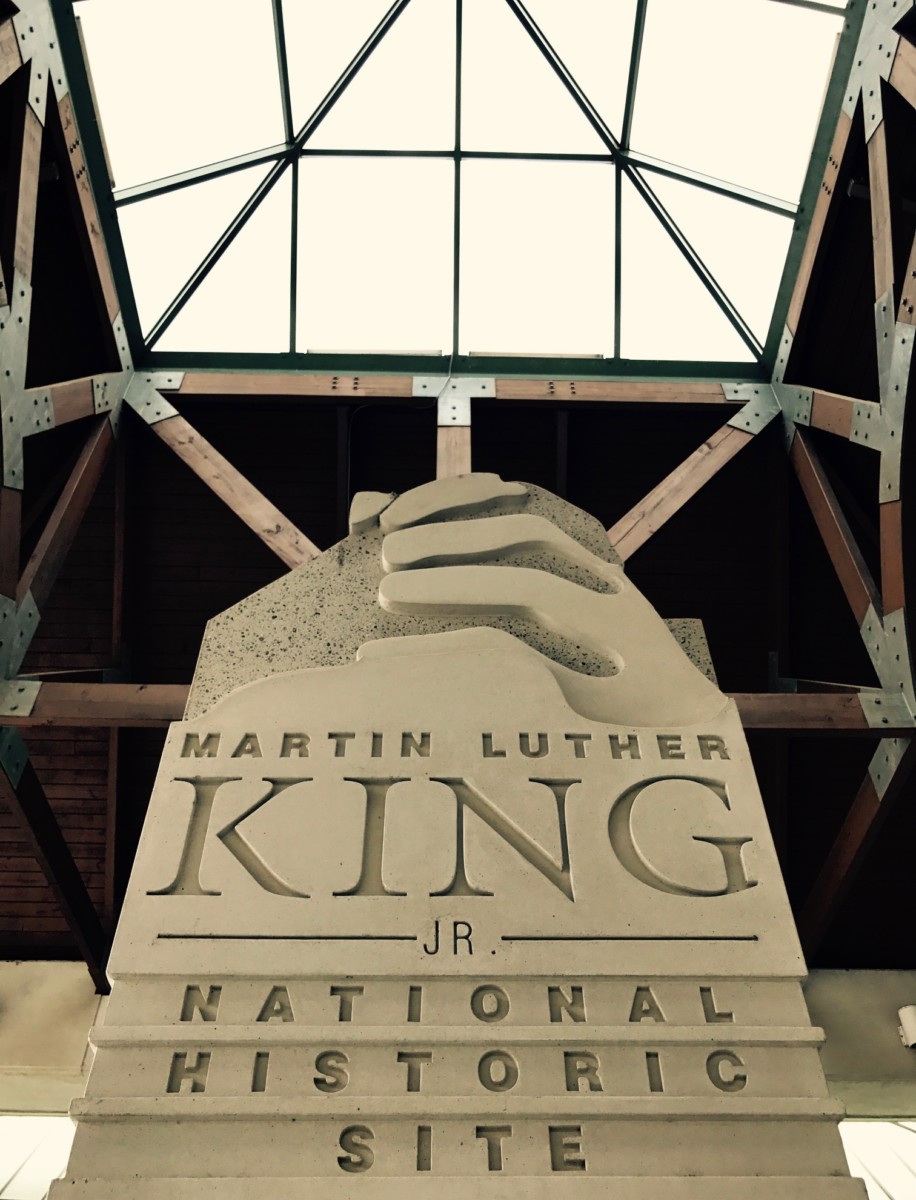 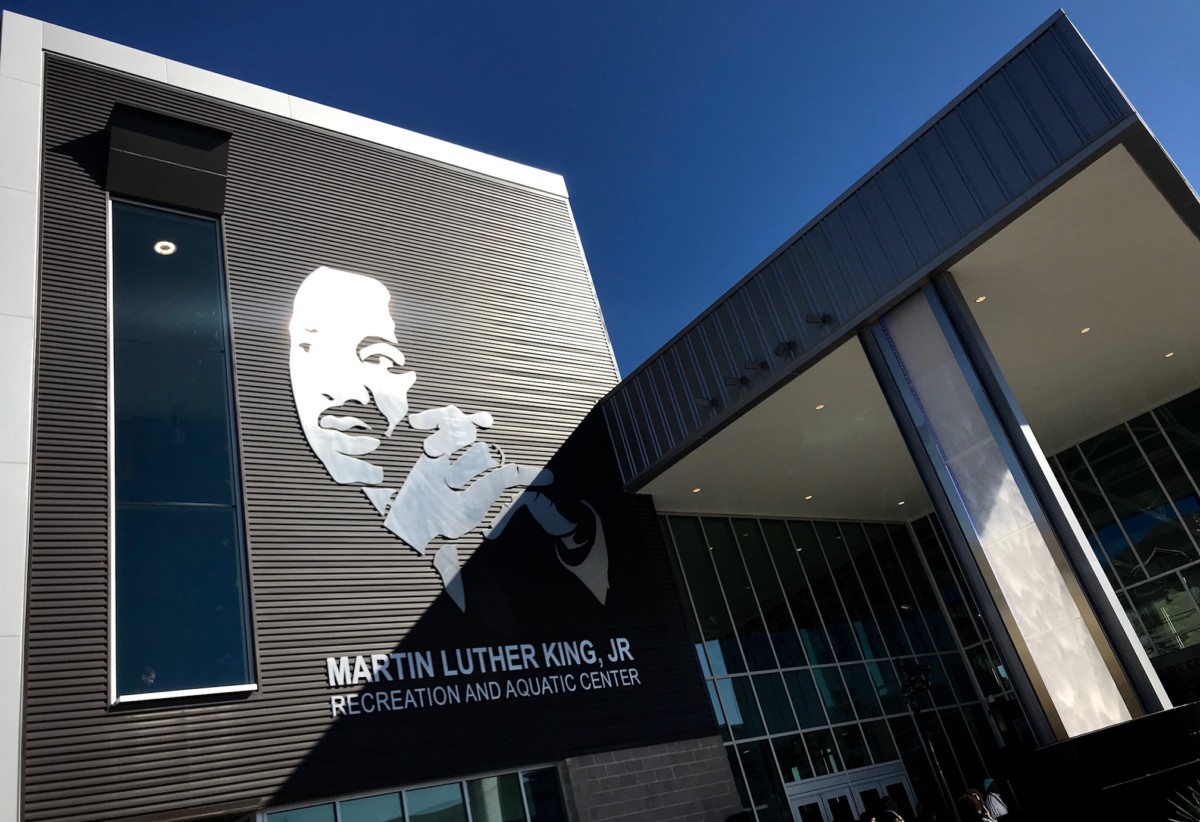 The new natatorium in the King district (Photo by Kelly Jordan) 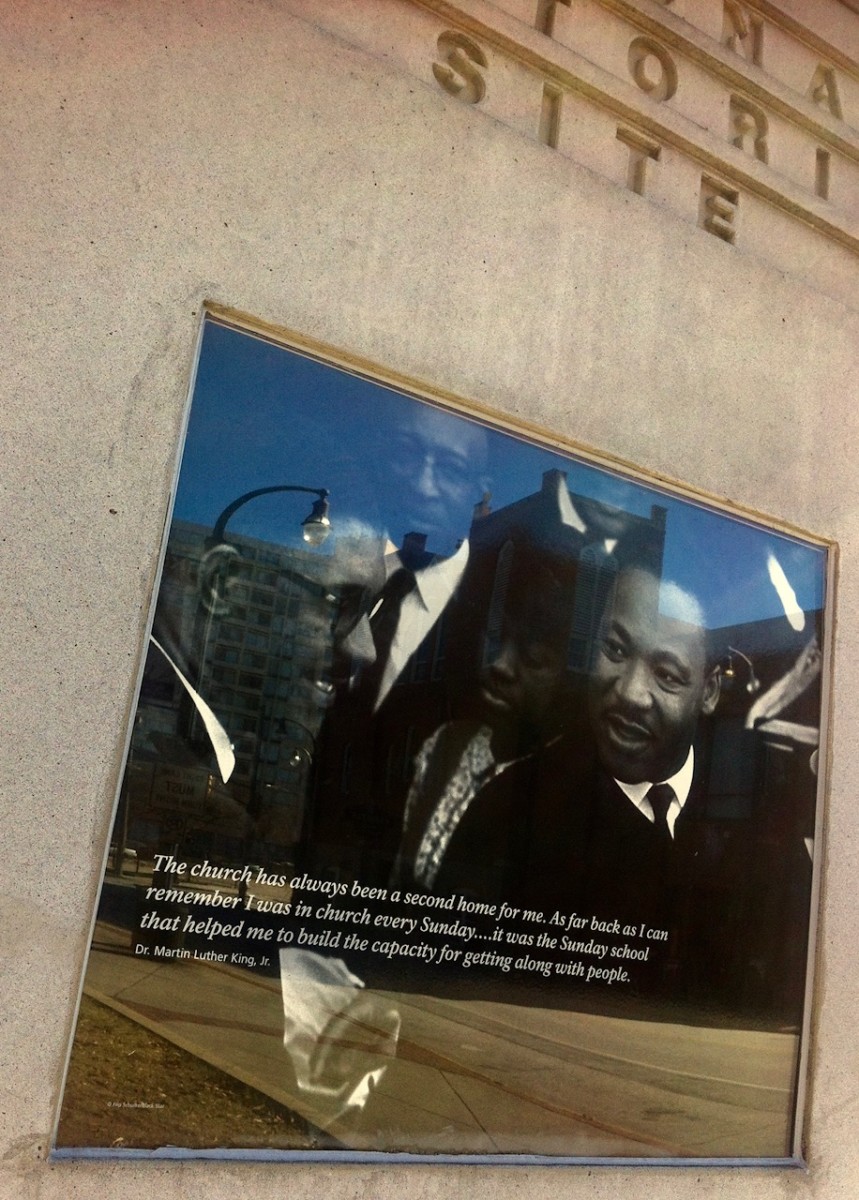 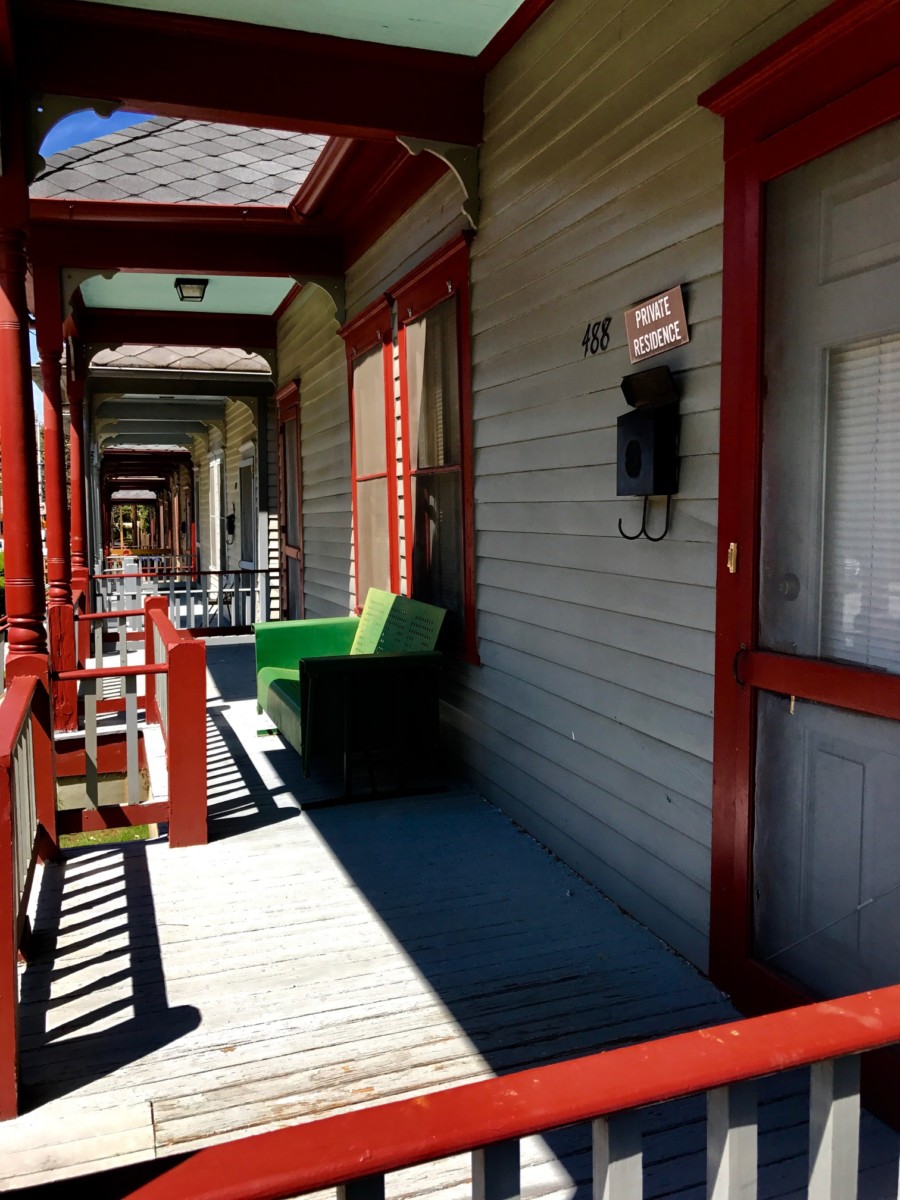 Row houses in the King district (Photo by Kelly Jordan)