Former U.S. Rep. and Atlanta City Councilmember Kwanza Hall has been named managing partner and CEO of a company planning trails and parks along the Chattahoochee River at Proctor Creek. 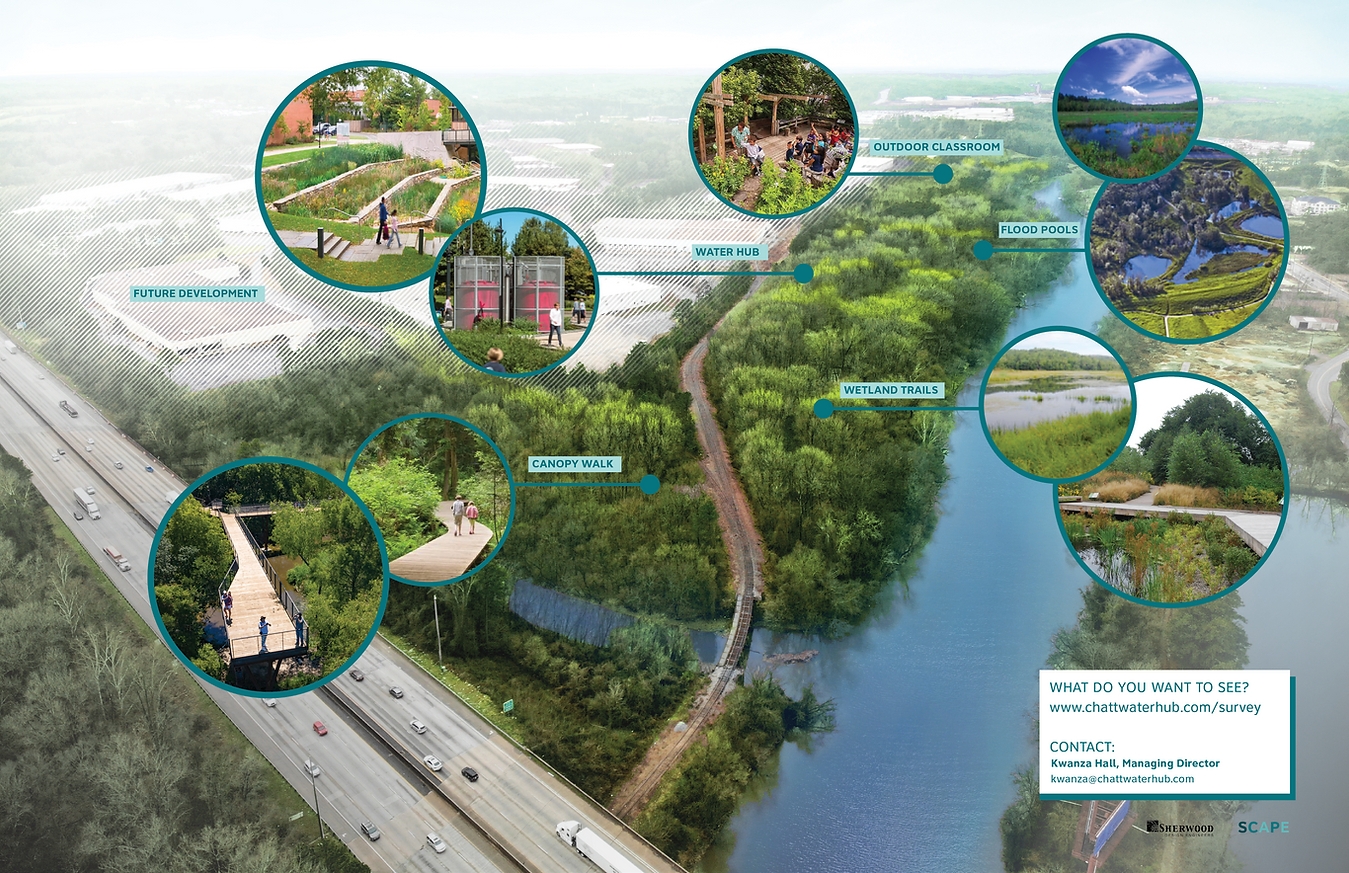 A conceptual illustration of the Chattahoochee Trails Water Hub as seen on the project website.

“Atlanta has never had a riverfront — although we have a river,” said Hall in a Sept. 12 press release announcing him as the new leader of Chattahoochee Trails. “Cities around the world have transformed their riverfronts into historic attractions for visitors and residents, and we can do the same here in Atlanta through the innovative use of our blue and green infrastructure.”

The company is working on the Northwest Atlanta pilot project for a larger plan, created by such groups as the Trust for Public Land, to develop a riverfront for the entire city and points beyond. That larger vision is currently known as Chattahoochee RiverLands. The Chattahoochee Trails “Water Hub” project focuses on the area where Proctor Creek enters the river, near the I-285 crossing and the Atlanta Industrial Park.

Hall held the District 2 City Council seat from 2006 to 2018 and briefly served in the U.S. House of Representatives to complete the term of Rep. John Lewis, who died in office in 2020. Earlier this year, Hall unsuccessfully sought the Democratic nomination for lieutenant governor.

Hall also previously served as an executive at Invest Atlanta, the City’s development authority, overseeing its work on the Proctor Creek project.

“I’m excited to bring all of my experience in government and the private sector to a project of this magnitude,” Hall said in the press release. “I’m also very excited to work alongside our mayor, the Atlanta City Council, the state of Georgia, and the environmental community to bring Chattahoochee Trails to fruition.”