The Annie E. Casey Foundation has tapped a new executive to lead its community development efforts in Atlanta.

The national philanthropic entity has named Kweku Forstall, who was the founding director of Year Up Atlanta, as director of its Atlanta Civic Site. It focuses on improving the lives of children and families in five southwest Atlanta communities. 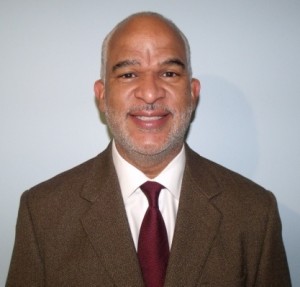 Forstall will oversee programs, investments and partnerships in what is known as Neighborhood Planning Unit V to ensure healthy child development and academic success, access to jobs that allow adults to properly support their families and neighborhoods that offer affordable housing as well as educational and economic opportunities.

“I am most gratified by the confidence the Foundation has shown in naming me to such a critical role,” Forstall said. “There is wonderful momentum in the Atlanta Civic Site, and I look forward to building on that for the continued benefit of the Atlanta community that has been my personal and professional home for almost 30 years.”

In addition to his tenure at Year Up, where he continues to serve on the board, Forstall was the founding executive director of Project GRAD Atlanta, a comprehensive public education reform initiative that aims to increase the number of first-generation college graduates. He has also held leadership roles at United Way of Greater Atlanta, where he oversaw investments in local and regional nonprofits, and Morehouse College’s community service efforts.

The Annie E. Casey Foundation was started in 1948 by Jim Casey, one of the founders of UPS, which is now based in Atlanta. Casey and his siblings named the foundation in honor of their mother.

The foundation has invested in Atlanta for more than a decade. The city is one of two, along with Baltimore, where Casey has a long-term commitment to pursuing neighborhood-based strategies designed to increase the economic, educational and housing opportunities available to families.