If Kansas and Missouri can get along, maybe we could too 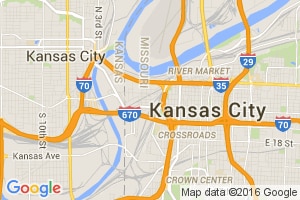 For years, the two states have engaged in an economic border war in the Kansas City metro area, offering tax incentives to businesses if they cross the river and relocate in their neighboring state. It’s a very close-quarters version of the competition all states, including ours, engage in — sort of like the bloody Kansas-Missouri struggle which was the rehearsal for the American Civil War.

Two years ago the Missouri legislature, swayed by the argument that the competition was draining local tax coffers without creating much real growth, passed legislature endorsing an agreement banning job-poaching incentives. Kansas state officials at first spurned the truce offer, but earlier this month Kansas Gov. Sam Brownback made a counter proposal. It would require further action by the Missouri legislature, which has only a few weeks left in its session.

“It’s late, but this is a major issue, and it would be a good step forward,” Brownback said.

The agreement has strong support in the Kansas City business community, and is a major project of Good Jobs First, a national organization which targets the often questionable economics of state development subsidies. In the past, Good Jobs First has ranked Georgia among the most conspicuous job-poaching states. If Kansas and Missouri can hammer out an agreement in the next few weeks, it would be a victory for critics of the big-ticket competition between states for jobs.

If the effort to reach an agreement fails, and that seems entirely possible, it would another example of how hard it can be for states to get along. If two states can’t agree on this straight-forward an issue, how will the tri-state water war ever be resolved?

Some Missouri legislators have already said the offer made by Brownback doesn’t really prevent Kansas from using incentives, and the leader of the state Senate, a Republican, has said he sees no reason to amend Missouri’s original offer.

All of this is happening amid the ongoing debacle that Kansas fiscal policy has become. If the states are the laboratories of democracy, as that old saying goes, then Brownback has become our Walter White, repeatedly doubling down on a tax-slashing “experiment” which so far has met with disastrous results.

The latest batch of bad news includes a report showing that employment is growing six times faster on the Missouri side of the Kansas City metro area, despite Brownback’s claims that the dramatic tax cuts would cause companies to flock to Kansas.

The failure of the experiment to produce positive results has caused Republicans in other states to distance themselves from Brownback, and even caused old allies in Kansas to voice their displeasure. But as yet there is no photographic evidence that the hale storm of criticism has ruffled so much as a hair on the governor’s impeccably-coiffed head.

As the Sunflower State’s budget shortfall has widened, Brownback has proposed such short-term fixes as gutting the state’s tobacco settlement funds and delaying a $99 million payment to the state employees pension fund. At the same time, he has said he does “not think it is useful”  to discuss restoring some of the tax income tax revenues which were slashed in his 2012 and 13 tax cuts.

What influence, if any, Brownback’s budgetary struggles may have had on his decision to offer an olive branch to Missouri, we don’t know. But it has raised at least the faint possibility that an act of common-sense governance may yet emanate from the heartland.