Update: The memorial service for L. Neil Williams Jr. will be held on Thursday, Aug. 30 at Trinity Presbyterian Church located at 3003 Howell Mill Road at 11 a.m. The service will be followed by a Williams family reception at the church.

Williams, 76, was in Winston-Salem, N.C. attending a Duke University function, according to bulletin that was sent out Monday morning by Trinity Presbyterian Church.

Duke University was only one of several institutions that Williams supported throughout his career. 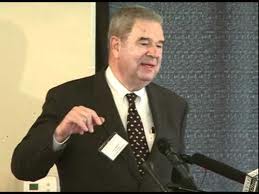 In addition to his role at Aston & Bird, Williams chaired Leadership Atlanta, the Woodruff Arts Center board, the Atlanta Symphony Orchestra board and national president of the League of American Orchestras. He also chaired the board of the Vasser Woolley Foundation and was a trustee of the Halle Foundation and a trustee of Trinity Presbyterian Church.

Williams served as chairman of Duke University’s board of trustees from 1983 to 1988. as well as president of both the Duke National Alumni Association and the Duke Law Alumni Association. In January, 2011, Williams was elected chair of the Duke Endowment board. Johnson said that Williams was hosting a dinner for the board Sunday night when he had the heart attack.

“Neil’s passing is one of the biggest shocks of my life,” Johnson said. “Neil was one of the giants in my life. I never would have become managing partner had it not been for the support of Neil.”

In fact, Johnson often followed Williams in key civic positions, such as chairing Leadership Atlanta and the Atlanta Symphony Orchestra.

Johnson said he was so surprised to hear that Williams had passed away because he had spent three hours with him and his wife, Sue, on Saturday afternoon.

After retiring as Alston & Bird’s managing partner, Williams became general counsel of what is now Invesco. He served on the boards of Printpack Inc., Acuity Brands Inc. and Invesco Mortgage Capital Inc.

Plans for the memorial service have not yet been finalized. We will give you an update on those plans as soon as we hear.