In a ‘lesser of two evils’ campaign, polling is more an art than a science 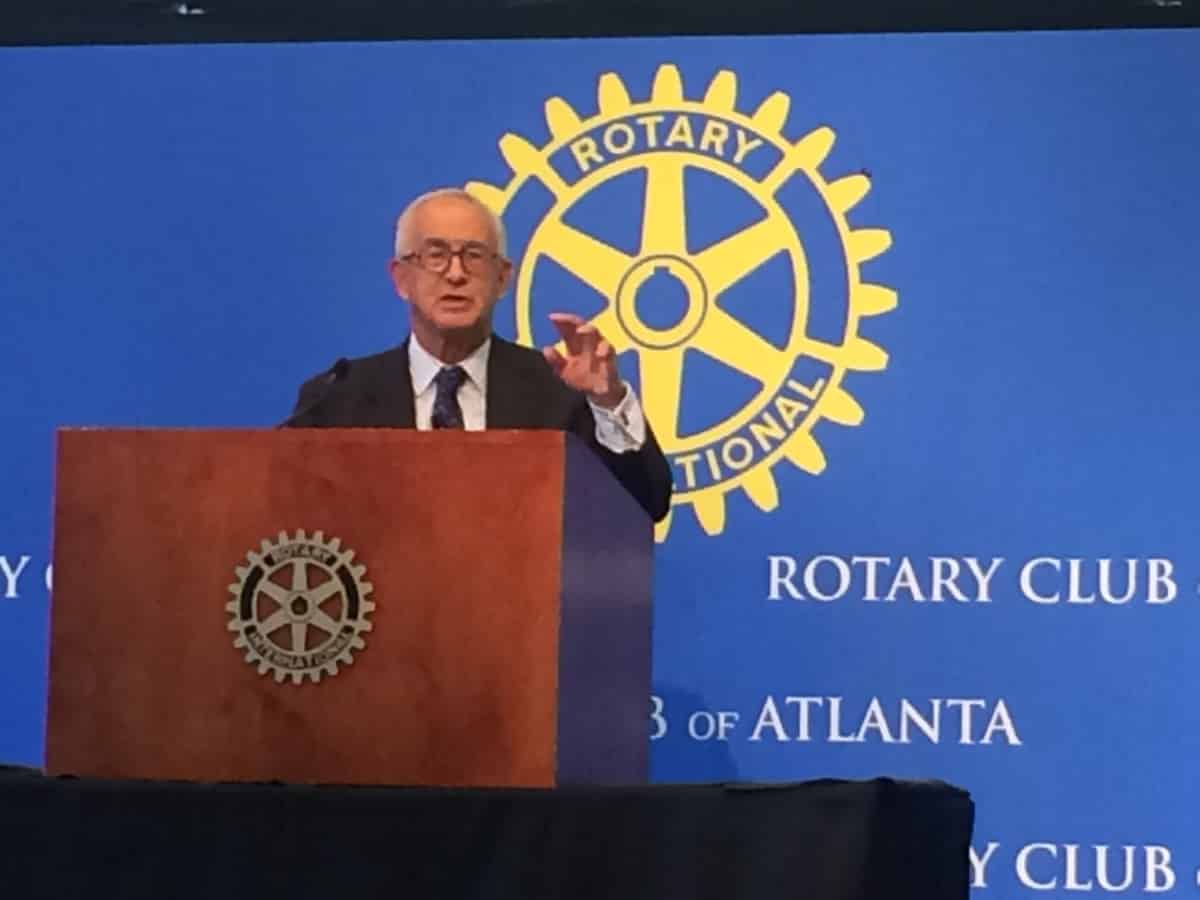 The 2016 campaign has been like no other, and that makes it difficult to poll, according to Peter Hart, a pollster for more than 50 years.

Hart was the weekly speaker at the Rotary Club of Atlanta on Monday, speaking hours before the first presidential debate of the General Election.

“This has been an atrocious campaign, and this has been a race to the bottom,” said Hart, referring to the incivility surrounding the campaign. “We’ve never seen two candidates held in such disrepute.” 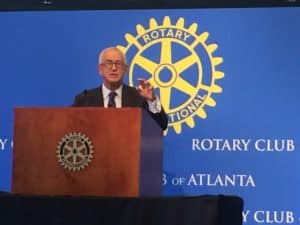 His latest poll shows Clinton with 42 percent; Trump with 37 percent; Libertarian Gary Johnson with 9 percent; Green Party’s Jill Stein with 3 percent; and undecided – 9 percent. In a head-to-head match up, Clinton has 48 percent and Trump has 41 percent.

Hart said Trump started the campaign with a 56 percent negative rating, and that’s increased to 61 percent. “I don’t think America is going to elect someone who has a 61 negative rating,” Hart said before adding: “The American public see each of them as a flawed candidate.”

Whether the U.S. Senate will become majority Democrat, Hart said Republicans hold 10 of the 11 competitive Senate races in the November election, and most of those are in blue or purple states. “If I were a betting person, if Hillary wins by 3 or 4 or 5 points, the Senate will change,” Hart said.

As Hart sees it, the major issues voters will be looking at during this election are:

Meanwhile, Obama has had four straight months with favorability ratings of more than 50 percent.

“President Obama is the most important person in Hillary’s campaign,” Hart said. “And 49 percent of Americans give President Obama credit for the improved economy.”

Hart did spend time explaining differences in polls, and how it is as much an art as it is a science. Reaching people is more challenging (cell phones, internet, etc.) and deciding how much weight to give each voter group also varies. That’s why different pollsters end up with different numbers.

In closing, Hart said that while there will be a great deal of attention on which way the states of Nevada, Colorado, Virginia, N. Carolina, Florida and Ohio will vote, in his mind it will all come down to Pennsylvania. If Trump wins Pennsylvania, he will be president.