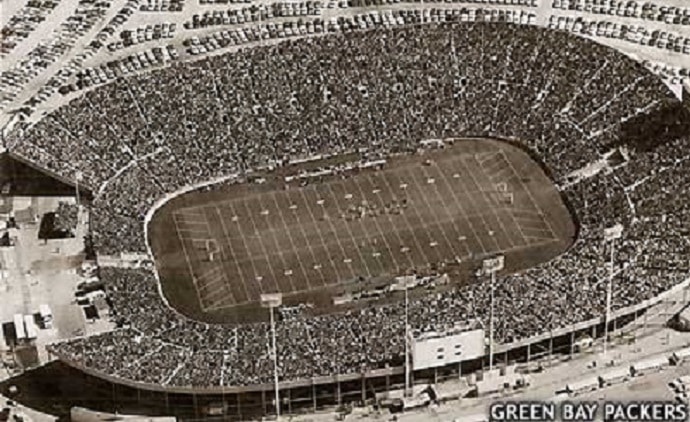 This week, BILL CURRY, a former NFL football player and college coach, shares how interracial friendship and cooperation on the football field changed his life. This is part four in a series of sports stories in association with Hometown Teams: How Sports Shape America, a traveling Smithsonian exhibition sponsored by Georgia Humanities. 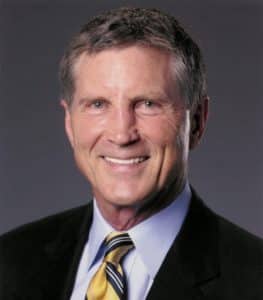 In light of recent events that have traumatized every person of good will, and in the spirit of our Hometown Teams exhibition, I would like to relate a story about a football team, a terrified youngster, and a great man.

When I reported to Green Bay in 1965, the Packers were already being called by some the greatest team in history. I had been the twentieth and last draft choice as a future choice my junior year.

My biggest problem was not the round in which I was drafted.

There was a middle linebacker named Ray Nitschke, a future Hall of Famer, whom I was supposed to block. No one could block him, including me, but he was not the most troubling issue. 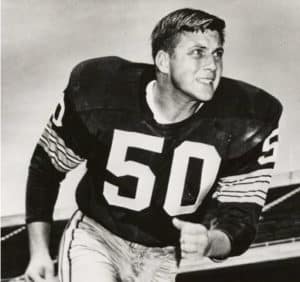 While playing for the Green Bay Packers, Curry met Willie Davis, who would change his life. Courtesy of Bill Curry

My biggest obstacle to making the team was that I had never been in a huddle with an African American person, and the Packers had many great African American players. Lombardi’s greatest attribute was that he would not tolerate racial prejudice, and his players loved him for that. He had 10 African American men on a 40-man roster, when some other NFL teams had none. I was from Atlanta, Georgia, and had a southern accent. I was afraid those huge guys would injure me and send me home, and who could blame them?

In that state of mind, I walked out of the dorm after meetings one August night. It was in the forties (Wisconsin summer), and I was feeling utterly alienated. From behind, a voice rang out, “BILL. . . .”

I thought it was God and almost collapsed in the grass. I turned to see Willie Davis, the most intimidating of all the African American players. He was from Grambling State University, was defensive captain, was a perennial All-Pro, and was working on his master’s degree in business at the University of Chicago while being captain of the greatest team of all time. I remember thinking, “Uh oh, he’s going to tell me to go home.” I did not want to go home. 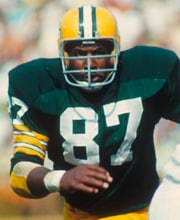 Willie Davis was known for his athletic prowess and leadership skills. Courtesy of the Pro Football Hall of Fame

I will remember what happened next as long as I breathe. Willie said, “Bill, I’ve been watching you at practice. I like your effort. You have a chance to make our team and I’m going to help you.” “You want to help me?” I stuttered. He nodded and told me the story of a Packer loss in which he did not play his best. He said, “I looked out of that field and realized I had left regrets out there. I decided that I would never allow that to happen again. Bill, come on the field and leave no regrets, and you just might make our team.”

It was an unexpected, undeserved, unrewarded act of kindness from a great leader. That great man did not simply help me play in the NFL. He transformed my life. I could never look at a human being, any human being, in the same way I had.

It is just such courage and compassion that has shaped our great nation’s better instincts. Each of us can and must become the next Willie Davis.