If Maynard Jackson were still living, he would have celebrated his 76th birthday on Sunday.

Yet, even in death, the larger-than-life former mayor of Atlanta was honored at a special celebration Saturday night at the Atlanta Marriott Marquis to mark the 40th anniversary of becoming the city’s first African-American mayor at only 35 years old.

To this day, Jackson is one of the most misunderstood public servants in our city’s history — some view him as the champion for the economic integration of our society and others view him as someone who was just trying to get business for his friends. 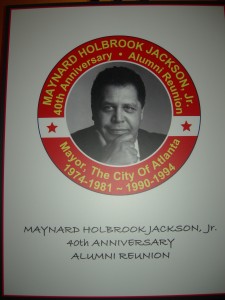 Put me in the first camp. I believe that history will view Jackson as the leader who led the integration around the board table as others would view civil rights leaders as integrating lunch counters.

But Jackson’s history in public service actually is multi-dimensional because he served three distinct terms as mayor.

His first term was from 1974 to 1978 — one could describe that era as the one when he was tearing down Atlanta’s existing power structure and replacing it with not just African-American leaders but a whole new wave of neighborhood and populist leaders who wanted a voice in how the city was run.

Naturally that era of Jackson rocked the boat, disturbing many long-standing political and business relationships that had grown accustomed to their close ties to City Hall. 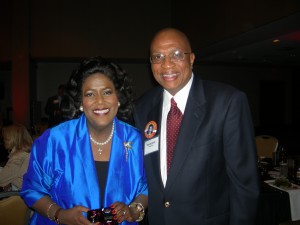 Maynard Jackson in his second term (1978 to 1982) really found his stride. He had matured and developed an action plan for Atlanta and for his legacy of economic integration — the minority-majority joint venture.

It was during this period that he built the new Hartsfield International Airport (now Hartsfield-Jackson), putting Atlanta forever in the big leagues when it comes to aviation. He hired George Berry, who had briefly worked for him at the beginning of his first term, to oversee the project and to handle the ground-breaking joint venture program. 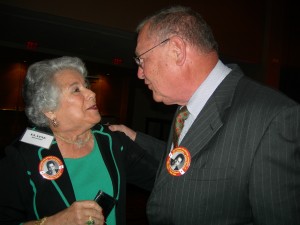 When Berry had arranged the first joint venture, he went in to see Jackson to tell him about the contract between an American-Indian firm and a majority firm.

“That wasn’t the minority I was talking about,” Jackson joked.

That story told me that Jackson was not intimately involved in the awarding of contracts — be it to his friends or otherwise, and that the joint venture program benefitted all minorities, not just African-Americans. 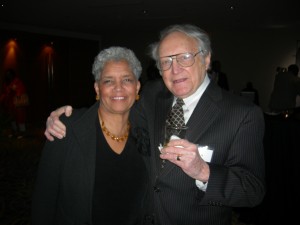 After serving two terms as mayor, Jackson (one of the smartest men I’ve ever met, graduating from Morehouse College when he was only 18 and graduating from law school in 1964) found himself out in the cold closed off from Atlanta’s power structure.

None of the major law firms reached out to offer him to join their practice. Jackson ended up joining the Chicago law firm of Chapman and Cutler, and it probably always bothered him that he had been snubbed by his hometown of choice. 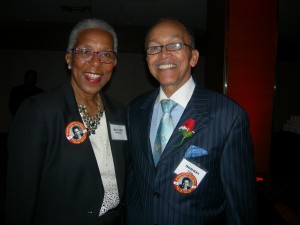 Then there was Jackson’s third term as mayor (1990-1994) — following two terms of Atlanta Mayor Andrew Young, the diplomat who helped soothe any left over ruffled feathers between the business community and City Hall.

It was a heady time — just when Atlanta had won the 1996 Summer Olympic Games. Jackson was full of ideas of how to market Atlanta, hiring Joel Babbit, and he was adamant about where Olympic venues should be built.

But it did seem as though Jackson had become more conflicted when it came to his business dealings, more willing to get personally involved in the negotiations of city contracts. 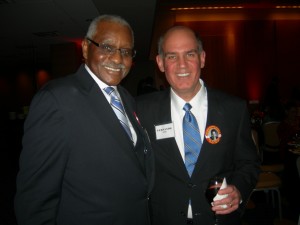 But one thing was always certain about Jackson — he loved Atlanta. He always would put the best interests of the city ahead of his own self interests.

On Saturday night, one of Jackson’s greatest contributions was evident by the presence of those who organized and attended the “Maynard Holbrook Jackson Legacy Society” dinner. Even though Jackson died suddenly in 2003 — almost 11 years ago — his legacy was alive and well among the generations of leaders he had mentored throughout the decades. 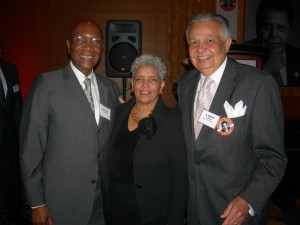 “We were expecting about 60 or 70 people to show up,” said Ingrid Saunders Jones, the ring-leader of the evening. “We actually had reservations for 196 people.”

They all belonged to a special place in Atlanta’s history — a city that not only opened the door to civil rights but also opened the door for the city’s diverse population to become  part of a more integrated economy. 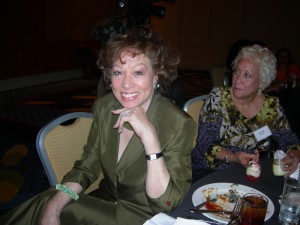 Atlanta is still viewed as the mecca for black business and entrepreneurship — thanks to an environment Jackson helped foster. He leveraged the presence of the historically black colleges and universities as well as the other institutions of higher learning, which provided graduates a stepping stone to the world of business.

Jackson’s joint venture program, a model that was emulated across the nation, then gave African Americans an opportunity to participate in the American dream. 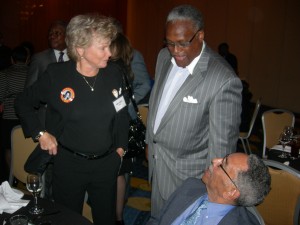 Sharon Adams and Julius Hollis speak with a dinner guest

If Jackson were alive today, my guess is that he probably would be the first to say that the joint venture program ended up making a few people and a few companies very rich; and he probably would have preferred to have had that wealth spread out among a number of different firms.

But what Jackson did accomplish was an incredible feat. Imagine what would have happened in Atlanta if African Americans enjoyed political power but limited  participation in the city’s economy. Conflict would have been inevitable, and Atlanta likely would not have become the model Southern city for tolerance, peace and non-violence. 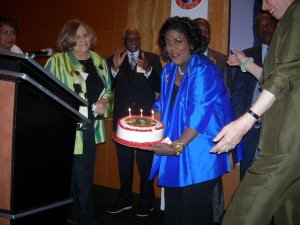 Bringing out the birthday cake for Maynard Jackson

Before I left Saturday night’s event, Ingrid Saunders Jones — my gracious hostess that evening — challenged me on last week’s column about how Maynard Jackson initially had been lukewarm about saving the Fox Theatre because he remembered as a child not being able to walk through the front entrance because of his race.

She chastised me because I had not finished the story of Jackson’s role in saving the Fox.

“Maynard did not sign the demolition permit for the Fox,” she said. “Remember, history is important.”

And that’s why I hope Atlanta will one day fully appreciate the vital role that Maynard Jackson played in both our city’s and our nation’s history. 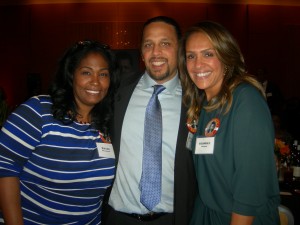 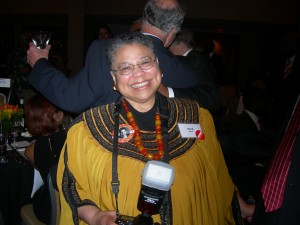 Beautiful Sue Ross, photographer, on the other side of the camera 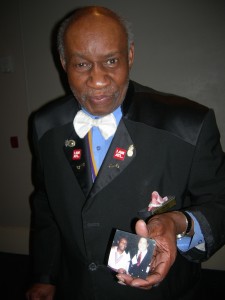 Albert “Smitty” Smith — Mr. Hospitality — holds up a photo of him and Maynard Jackson in Barcelona from 1992 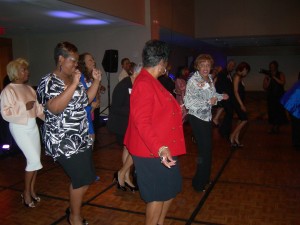 And as every good party should end — with dancing