Although we are now feeling the heat and humidity of summer, only a few months ago, Atlanta was brought to a virtual standstill by a rare snowstorm.

The storm was a glimpse of the challenges the region could see as a result of climate change causing extreme weather. 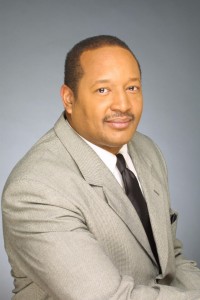 The storm damaged our local economy by causing hundreds of businesses to close, delaying critical logistics and canceling thousands of airline flights.

Atlanta is home to the busiest airport in the world. According to the Federal Aviation Administration, bad weather causes approximately 70 percent of delays.

Weather also continues to play a significant role in a number of aviation accidents and incidents. The total national weather impact is an estimated $3 billion for damage, injuries, delays and unexpected operating costs.

Both storms struck with frigid temperatures and occurred on workdays. The key difference, Stellman commented, was a huge increase in population: from two million residents in 1983 to five million in 2014.

More people meant the area had to activate emergency plans faster; and decision-makers, from the governor to local homeowners, had to work with orchestra-like harmony.

Another failure occurred with the need to address vulnerable populations. Many elderly people were left stranded overnight without transportation home because it was impossible to travel on secondary road ways.

In the wake of the recent storm, a group of organizations, engaging regional policymakers, educators, media and community leaders, have come together to discuss how the city could have responded better and how to be more resilient to extreme weather in the future.

The regional stakeholders developed 19 comprehensive recommendations for Gov. Nathan Deal and Atlanta Mayor Kasim Reed, which detail actions the city, region and state need to take to be more “weather-ready.”

In addition to these essential shorter-term plans, preparation must also include taking long-term action to limit greenhouse gases from fossil fuel-fired power plants.

A coalition of concerned citizens and organizations organized several events that included a prayer breakfast, rally in Woodruff Park and a march down Peachtree Street.

The EPA’s Clean Power Plan, which will reduce greenhouse gas pollution, is critical to combating the long-term negative effects of climate change.

The next step is to continue working with Georgia officials to implement recommendations concerning local preparation for extreme weather and climate change.

While we’re working on ways to protect the environment for the next generation, we still cannot afford to be unprepared for the next snow storm, tornado or fast flood.