As much as I have admired and revered the late Martin Luther King Jr., I do not believe we should place his statue on the front lawn of Georgia’s State Capitol.

There are two reasons why I do not favor that proposal.

First, I believe there are more appropriate spots for a statue of King in Atlanta.

And second, we have a Georgia leader who belongs to stand tall on the front lawn of the State Capitol — the only Georgian to become president of the United States — our former governor — Jimmy Carter. 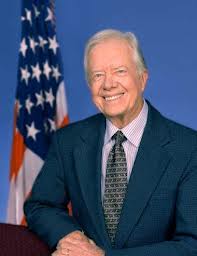 Let’s start with my first point. The connection between King and the State Capitol is a stretch at best. That was not his stomping ground, and it was not friendly territory for King and his followers. The civil rights movement really gained traction within cities and with the federal government — but not at the state level.

If there is to be a statue of King to be erected in Atlanta, there are at least two ideal locations that would speak to who he was and what he meant to our city and the world. 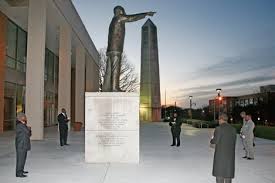 An earlier version of this story called for a King statue to be located on the Morehouse College campus. I should have already known that the only King statue in Georgia is already adorning the Morehouse campus in front of the Martin Luther King Jr. International Chapel. Thank you to our astute readers who pointed that out to us.

That said, when it comes to the statue that belongs at the most prominent spot on the grounds of the State Capitol, there is no better choice than former U.S. President Jimmy Carter.

I can’t imagine a better person to take the place where Tom Watson used to stand. Watson started out as populist in the late 1800s and then became a white supremacist who was anti-black, anti-Jew and anti-Catholic.

Gov. Nathan Deal had the Tom Watson statue moved to a site across the street so the state could make repairs to the State Capitol’s steps. The relocation of the statue followed years of requests by some legislators to remove it from the front of the Capitol.

Before starting his political career, Carter served as a U.S. Naval officer as well as a peanut farmer, living in Plains. 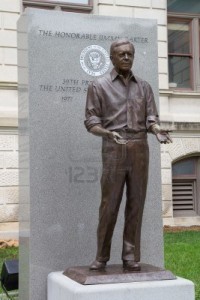 Existing statue of former U.S. President Jimmy Carter at the State Capitol, which could be moved to the more prominent location where the Tom Watson statue once stood

Carter entered politics by serving two terms as a Georgia State Senator — from 1963 to 1967 — and one term as the 76th governor of Georgia — from 1971 to 1975. He then decided to run for president, although Carter was viewed as a long-shot — even by voters in Georgia.

But the “peanut farmer from Georgia” defied the odds and became the 39th President of the United States — from 1977 to 1981. Although his tenure as president was checkered and controversial — leading to his re-election defeat in 1980, Carter re-invented himself when he left office.

Carter and his wife, Rosalynn, founded the Carter Center in 1982 — spending their subsequent years conducting peace negotiations, observing elections, advancing disease prevention and eradication. They also became the most prominent advocates and volunteers for the Habitat for Humanity International.

Many people have described Carter as the best post president in the United States.

For all these reasons, a statue in Carter’s honor should be placed in a prominent location on the grounds of the State Capitol. Even though all the top leaders at the Capitol happen to be held by Republicans right now, and Carter was a southern Democrat, the role he has played in Georgia’s history rises above partisan politics.

Carter — the only Georgian to become president of the United States and the only living Georgian who has won a Nobel Peace Prize  — belongs at the front door of our Capitol.

Meanwhile, let’s honor Martin Luther King Jr. during the birthday holiday week — knowing that he also deserves to have a statue in a prominent Atlanta location (provided the family would give permission) — so that we can give our greatest citizens their due.