Long-time economic development professional Maceo Rogers is back in Atlanta.

Rogers has just been hired to be president of the Development Authority of Fulton County by the agency’s board.

For the past two years, Rogers has been executive director of the Macon-Bibb County Industrial Authority.

Before that, Rogers served in a couple of different roles for the DeKalb County Office of Economic Development — first as deputy director and then as interim director. 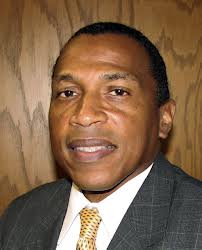 “We are delighted that someone of Maceo Rogers’ caliber is joining the Development Authority of Fulton County,” said Bob Shaw, chair of Fulton County’s development authority, in a statement. “He is an out-of-the-box thinker who develops creative solutions in the area of economic development and he has produced an enviable track record both in Macon and metro Atlanta by recruiting new and expanding businesses, while also successfully retaining existing businesses.”

Shaw added that Rogers’ knowledge of the state’s economic development programs and combined with his strong contacts and local market knowledge was a major factor in the board’s effort to recruit him back to Fulton County.

Among his successes are:

· Attracting $1.2 billion in new and expanding business to DeKalb County resulting in more than 25,500 new and retained jobs in that metro jurisdiction.

“I am excited to come home to Fulton County where I started my economic development career,” Rogers said in the release. “All types of businesses can thrive and grow in this county because it offers so many opportunities that are not available elsewhere.”

In his role as president of the Authority, Rogers will help shape the organization’s business development efforts and strengthen its overall management team.

“The Development Authority of Fulton County has a reputation as one of Georgia’s most successful economic development agencies, generating more than $16 billion in business investment in the county over the past decade,” Rogers said. “My goal is to surpass that level of business investment and job creation for the future, strengthen the Authority’s management structure and ensure that Fulton County remains the economic engine that drives prosperity in the county, within the region and across the state.”