Making peace with our Olympic legacy

As Atlanta’s Olympic flame flickered at the end of the Summer of 1996, I began to see the painted bright blue line that marked the route of the Olympic marathon fade with the passage of time.

It would have been so simple for Atlanta to have repainted that line  — keeping  that small part of our Olympic legacy ingrained on our city’s streets, in our minds and in our hearts.

Seventeen years later and Atlanta is still wrestling with its Olympic identity and legacy.

Several events this past week caused those mixed emotions to bubble back up to our city’s surface.

On a high note, the creation of Centennial Olympic Park transformed a section of downtown that had been littered with vacant buildings and surface parking lots into one of the liveliest destinations in the city surrounded by top attractions and new developments.

On a down note, Atlanta missed an opportunity to showcase quality design, elegance and style. The structure for the Olympic torch was an embarrassment. The mish-mash of street vending made the city feel trashy rather than classy. 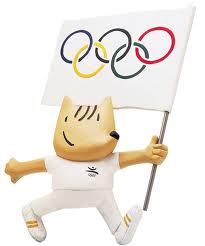 When I first got that sinking feeling that Atlanta might not be ready for prime time was when I was in Barcelona for the 1992 Summer Games. Atlanta’s Olympic leaders were giddy about unveiling the mascot for the 1996 Games saying that everybody was going to love it.

And then they showed us “Whatizit.” What an unfortunate and confused contrast to Barcelona’s mascot — the simple and adorable “Cobi,” who had won everyone’s heart. 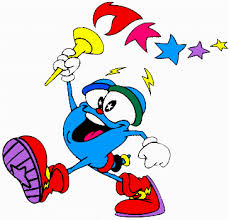 Despite our hiccups, among the world’s Olympic cities, Atlanta’s report card has a relatively high grade. Minimal public dollars were invested in the Games, and the Games broke even. That in itself was a major accomplishment.

But the tragic event of the bombings near the finish line of the Boston marathon sparked inevitable comparisons to the Centennial Olympic Park bombing on July 27, 1996 during a concert attended by thousands.

The similarities to Boston, however, went deeper.

For me, the real test for Atlanta came several days later when Olympic organizers and city leaders reopened Centennial Olympic Park. They refused to let fear, violence and hate overshadow the Games. The park was reopened with a renewed spirit of good overcoming evil with the Olympic ideals of peace and humanity overriding all other memories.

Like Boston, Atlanta was able to rediscover its inner strength  and soul.

Hosting the Olympics do help define a city.

An exhibit at the Atlanta Contemporary Art Center — “The Olympic City”  — opened April 19 and will be on display through June 15.

Photographer Jon Pack and filmmaker Gary Hustwit visited and studied 13 Olympic cities around the world to see what have been the lasting legacies of the Games. They made a preview presentation at Georgia Tech’s College of Architecture on April 17. 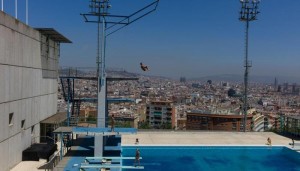 While Atlanta was not among those 13, Pack and Hustwit said they would like to keep working on the project and include more cities.

No new structures were built for the 1984 Los Angeles, which was a privately-funded enterprise, and it ended up making $250 million.

By comparison, the 2008 Beijing Olympics cost $40 billion, and it had to build most of its venues for the Games with limited plans for their post-Olympic use.

“It was the most expensive Olympics ever,” said Gary Hustwit. “There was very little planning for what would happen after the Games. A lot of it was to show the rest of the world what they could do. Much of it was a PR exercise.”

The city that probably made the most of hosting the Olympics was Barcelona, Jon Pack said.

“One of the reasons Barcelona was such a success, it has a long history of valuing architects and design,” Pack said. “They did about 50 years of infrastructure in about five years. Barcelona was not on the map before the Olympics, and now they are the fifth most popular tourist destination.”

Hustwit said Moscow, which hosted the 1980 Summer Games, said that most of the facilities that were built for the Olympics are still in use — one measure of success. 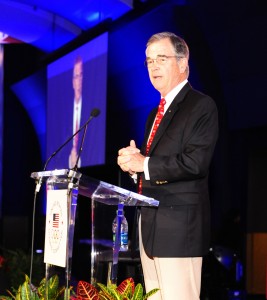 On Thursday, April 18, the U.S. Olympic Committee held a major event in Atlanta to celebrate the Olympic movement, Atlanta’s legacy and to raise money for Team USA.

“It really felt like a celebration,” said Scott Blackmun, CEO of the U.S. Olympic Committee. ““Centennial Olympic Park is a beautiful facility. From a business perspective, Atlanta did a fantastic job making the most of hosting the games. There are no white elephant venues in Atlanta.”

Take Atlanta’s Olympic stadium. The plan all along was to convert it to a baseball stadium for the Atlanta Braves — and it is now Turner Field.

While Blackmun was in Atlanta, an undercurrent was whether a U.S. city would bid for the 2024 Summer Olympic Games, and if so, which city would it be.

Three cities are in the running for the 2020 Summer Games — Madrid, Tokyo and Istanbul. That means that by 2024, the Summer Games will not have been in the United States for 28 years.

Meanwhile, Blackmun said Atlanta has every reason to feel good about its experience hosting the 1996 Olympics.

“Billy Payne and the Atlanta team have every reason to be proud,” Blackmun said. “It was no small feat. We are grateful for that leadership. There was a lot of electricity in Atlanta, and a lot of excitement as a host of the Olympic Games.”

As time passes, Atlanta may get more comfortable with its Olympic past — instead of erasing it from our history — relish being one of the few cities in the world to have been put on an Olympic stage.

Who knows, maybe we can repaint the bright blue line that marked the route of our Olympic marathon — rediscovering our own golden-brick road.